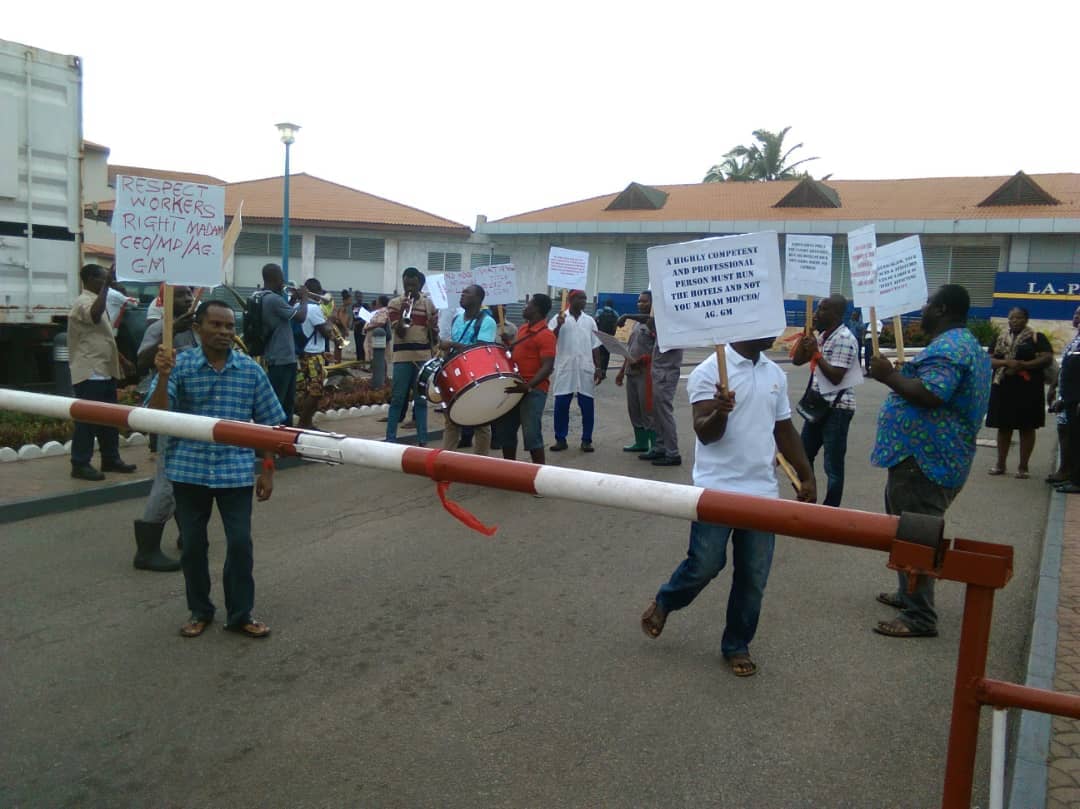 The workers, are among other things, protesting her refusal to implement new salary levels, which were to take effect from January 1, 2018.

Initially, SSNIT had a 70 percent shareholders’ value with an Israeli business developer holding the remaining 30 percent.

The workers described the Managing Director’s relationship with the staff as “appalling.” 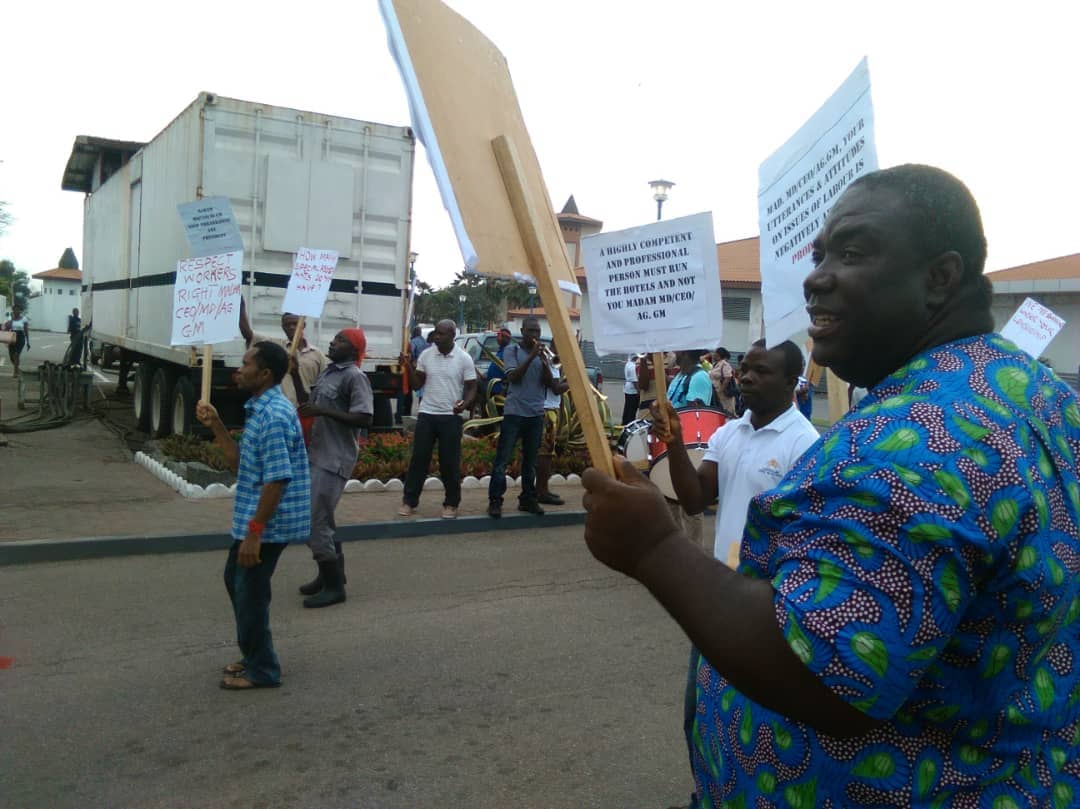 The aggrieved workers displayed placards with inscriptions such as: “We need this woman out; Teamwork is the best; Stop the looting and Staff of La-Palm deserve better.”

They have therefore vowed to continue protesting until Madam Abena Pokua Boaitey Amoah is permanently relieved of her duties.

The demonstrating workers subsequently petitioned the Industrial and Commercial Workers Union (ICU) of the Trade’s Union Congress (TUC), about their concerns.

In the petition, they contend that the attitude of the Managing Director is negatively affecting productivity.

“As the Managing Director of a public entity Like La Palm Royal Hotel, we believe Madam Akosua Pokua Boaitey Amoah is rendering a public service to the people of Ghana and as such, she needs to be very circumspect in her utterances, attitude and relationship with the workers whom she is dealing with.”

“However, regrettably, her relationship with the workers of the hotel on issues of labour, and her utterances and attitude generally towards the workers of the hotel are not the best to say the least, and cast a wedge between the entire workforce (junior, senior and management staff alike) and the managing Director herself. This would naturally affect productivity, which is why the once famous, profitable and highly esteemed La Palm Royal Hotel is found in its lowest state we see it today.”

Unsavoury and unguarded utterances and actions

Some actions by the MD that the workers are unhappy with include: