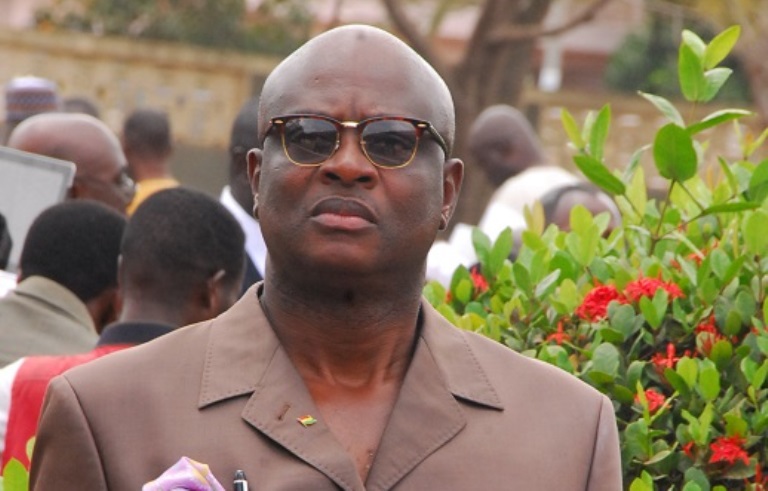 A flagbearer hopeful of the opposition National Democratic Congress (NDC), Kojo Bonsu, has expressed surprise at those questioning his competence to lead the party, saying that should be left to NDC delegates to decide.

Kojo Bonsu said he has performed well in all his endeavours in both private and public service, and that qualifies him for the top job.

“My experience at Ghana Oil, my experience as the Chairman of the National Sports Council, Mayor of Kumasi and the work I have done in Ghana, I wonder how somebody would say there is a question mark with my competence. I believe in myself. I think I have performed. And even with the NDC unity walk I was able to bring thousands of people on the streets. When you do this, is it incompetence,” Mr. Bonsu asked when he addressed NDC supporters on Wednesday.

Mr. Bonsu earlier this week expressed interest in the NDC’s flagbearership position and subsequently submitted his letter of intent to the leadership of the party.

However, he has been criticized by the party’s Greater Accra Regional Chairman, Ade Coker, who thinks he’s not competent for the position.

“The fact that you have been a KMA Mayor does not qualify you to be President of Ghana. Jesus Christ! Let’s cry aloud, let’s be serious. The world is watching us. He is my very good friend, and when I see him, I will advise him to go and sleep somewhere. Please! We sit here, every Tom, Dick, and Harry gets up, and he wants to be what? If your ribs are not strong, you do not take punches,” Ade Coker said on Breakfast Daily on Citi TV on Monday.

In response, Mr. Bonsu insisted he has all it takes to contest the position.

“I’m not going to argue against anyone, I want the voters and the public to judge me,” he added.

Kojo Bonsu also rejected allegations he bloated the contract sum used for the construction of the now poorly maintained Kumasi Rattray Park when he served as the Chief Executive of the Kumasi Metropolitan Assembly.

“The budget for the Rattary Park was $4.4 million. That was the budget. But the actual expenditure as I was leaving the office was about GHc5.4million, which if you do the equivalent translation it;s about $1.2million. That was the actual money spent. I want to clear this [misconception]. KMA never had the $4.4 million everybody think I squandered.”

“It was a budget and funding from funding sources like UDF, IDF and a lot of funding sources. So we took money from there. So the difference of actual spent money and budget is totally a different thing. KMA is public office and everybody can go there and check. We have made so much money and paid off the debt. At the moment KMA has collected a lot of inflows so you cannot say I squandered the money,” the former KMA boss argued.

The NDC is expected to elected its flagbearer in December this year for the 2020 election.

So far, about 12 party stalwarts have shown interest in the vacant position including former President John Mahama, former Vice-Chancellor of the University of Professional Studies (UPSA), Prof. Joshua Alabi, former NHIS boss, Sylvester Mensah among others.