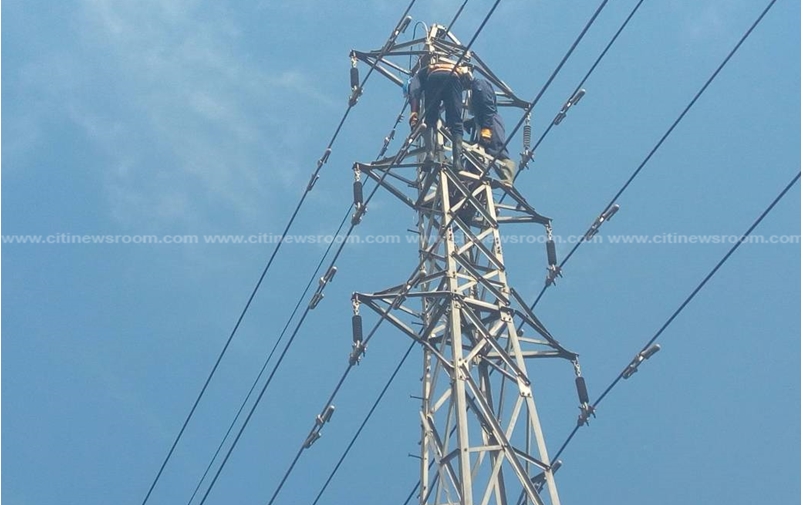 According to sources, the deceased believed to be a cable thief was found dead lying in a supine position near the main electricity pole adjacent the Adeiso police station.

[contextly_sidebar id=”mEztiL76wtEunzcJNrQXwvCDd6LLvVJw”]”The Eastern Regional Police Public Relations Officer, DSP Ebenezer Tetteh, who disclosed the incident to Citi News indicated that the police is yet to identify the deceased.

On September 28th at about 1:00am, Kofi Amankwah, who lives adjacent the police station woke up and found cables connecting to his house from the main electricity power had been cut. He traced the cable and found a male adult aged about 30 years lying dead in a supine position near the electricity pole with the cables in his hands.”

DSP Ebenezer Tetteh added that ” preliminary investigations revealed that after the deceased successfully took down the cable from Kofi Amankwah’s house he wanted to take the cables on the main electricity pole too, but luck eluded him after he got electrocuted. Personnel from the Electricity Company were however contacted to come and assist, and the body of the deceased was conveyed to the morgue for preservation and autopsy”.

DSP Ebenezer Tetteh said they have commenced investigations into the incident, but they are yet to identify the deceased, and called on the general public for support in that regard.

Marijuana in Ghana: A case of legalization or decriminalization? [Article]

Revealed: Martin Amidu’s letter to AG before his public outburst

Revealed: Martin Amidu's letter to AG before his public outburst