Nana Addo has abandoned all my projects – John Mahama 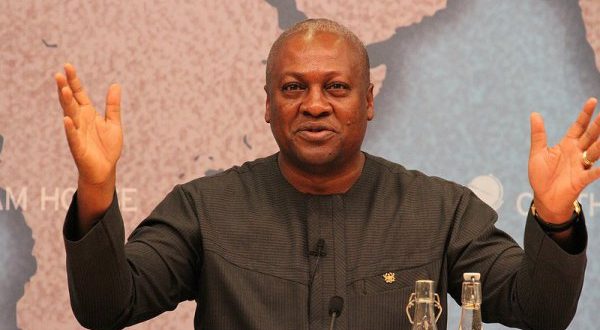 Former President John Mahama has accused the Akufo-Addo administration of abandoning many of the projects started during his government’s tenure.

The former President says he finds it disappointing that a number of the projects remain uncompleted since his administration left office in January 2017.

Speaking during his campaign tour of the Northern Region, Mahama described the situation as unfortunate.

The former president is campaigning to lead his party the National Democratic Congress (NDC) for the 2020 general elections.

Between 2013 and 2016, John Dramani Mahama administration undertook several projects across the country.

Some road projects that were awarded and under construction in the Brong Ahafo Region before NDC left office in January 2017 are:

The Mahama government also added 700 communities in the region to the national grid.

1. Construction of fifteen (15) Community Day Senior High Schools (Danyame, Techimantia, Techiman, Kasapin, Duadaso, Kintampo, Awrowa among others)
2. The absorption and enhancement of 16 other Community Secondary Schools in the region, e.g. Sankore Senior High School.
3. Establishment of a satellite campus in Techiman for the University of Education Winneba
4. Expansion of the Nkoranza Technical Institute by constructing eleven (11) new structures for the Institute
5. Construction of over two hundred and forty (240) six-unit classroom blocks for basic schools in the region. These projects were all at different stages of completion as at January 2017.