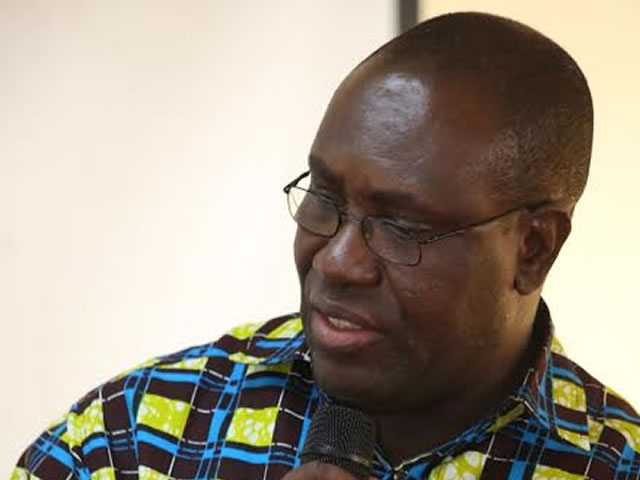 The Trades Union Congress (TUC) has described the government’s plan to construct a National Cathedral as a misplaced priority.

It has also vowed to rally the support of Ghanaians to campaign against the construction of the cathedral.

“We would like to appeal to President Nana Addo Dankwa Akufo-Addo to shelve this plan otherwise we will invite all Ghanaians to join us to campaign vehemently against this misplaced priority and to protect the national purse,” TUC said,

In a statement copied to citinewsroom.com, it indicated that it will continue to support initiatives of the government that seeks to enhance social and economic development but cannot support the construction of a national cathedral.

“We agree with the President that we need a rallying point for strengthening unity among the people of Ghana because, as we all know, partisan politics has divided and continues to divide the people of Ghana. But we do not believe that we need a special national cathedral to serve as a rallying point to strengthen unity among the people of Ghana. The construction of a cathedral for only Christians may even divide us further because there are many other religions in Ghana. Christians may constitute the majority of the population but that does not make Christianity a national religion and it should not be seen as more important than the other religions,” the TUC said.

The TUC indicated that the construction of a National Cathedral might fuel a division in Ghana’s population on religious lines as persons of religious backgrounds other than Christianity, may feel left out.

The construction of a cathedral for only Christians may even divide us further because there are many other religions in Ghana. Christians may constitute the majority of the population but that does not make Christianity a national religion and it should not be seen as more important than the other religions. A national cathedral for Christians, regardless of their share of the population, should never find space on the list of priorities for Ghana.

Justifying its stance, the Secretary-General of the TUC, Dr. Yaw Baah who signed the statement said the country is currently bedeviled with many challenges that require urgent government attention, and it will be more appropriate for the government to attend to those challenges than concentrate on building National Cathedral.

Speaking on the debate about the cathedral for the first at an investment forum in London, President Akufo Addo insisted that the cathedral is a priority for the government.

“70 percent of the population is Christian. This is the focus that strengthens the community. We find ourselves in need of a symbol that the Ghanaian nation can rally behind. We see elsewhere in the huge world monuments, and we are going to find the means to sort it out.

President Nana Akufo-Addo in 2017 cut the sod for the construction of a National Cathedral to serve as a national non-denominational Christian worship centre for the country.