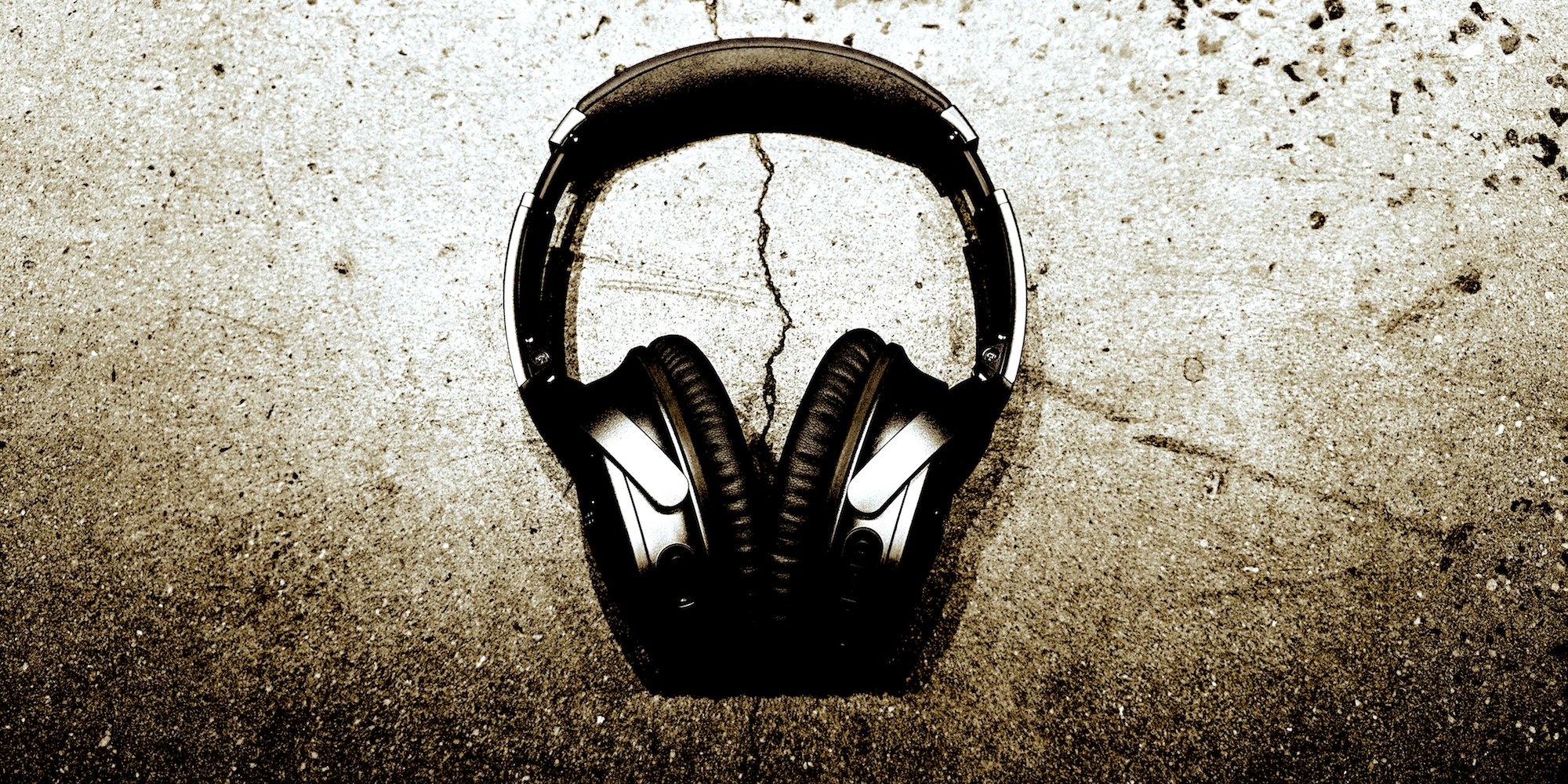 Headphones will start to look like old technology in 2019 when Noveto, an Israel-based startup, showcases its new “focused” audio devices to attendees of the biggest tech show of any year, CES 2019.

Noveto has come up with a technology that can do exactly the same thing as headphones – deliver sound right to your ears without disturbing those around you – except without the headphones themselves. In fact, you wouldn’t need to wear any device at all.

Focused audio can come from either a standalone device, which the company calls “Sowlo” for now, that looks like a small soundbar or Bluetooth speaker, or from any device that usually makes sound like a TV, computer monitor, smartphone, tablet, and even things like an exercise treadmill with Noveto’s technology built-in.

It emits audio directly to your ears, and it’s amazing, quite frankly. During a demo, I was listening to a video clip that I could hear loud and clear, but no one around me could hear it. And I wasn’t wearing anything on my head or in my ears. 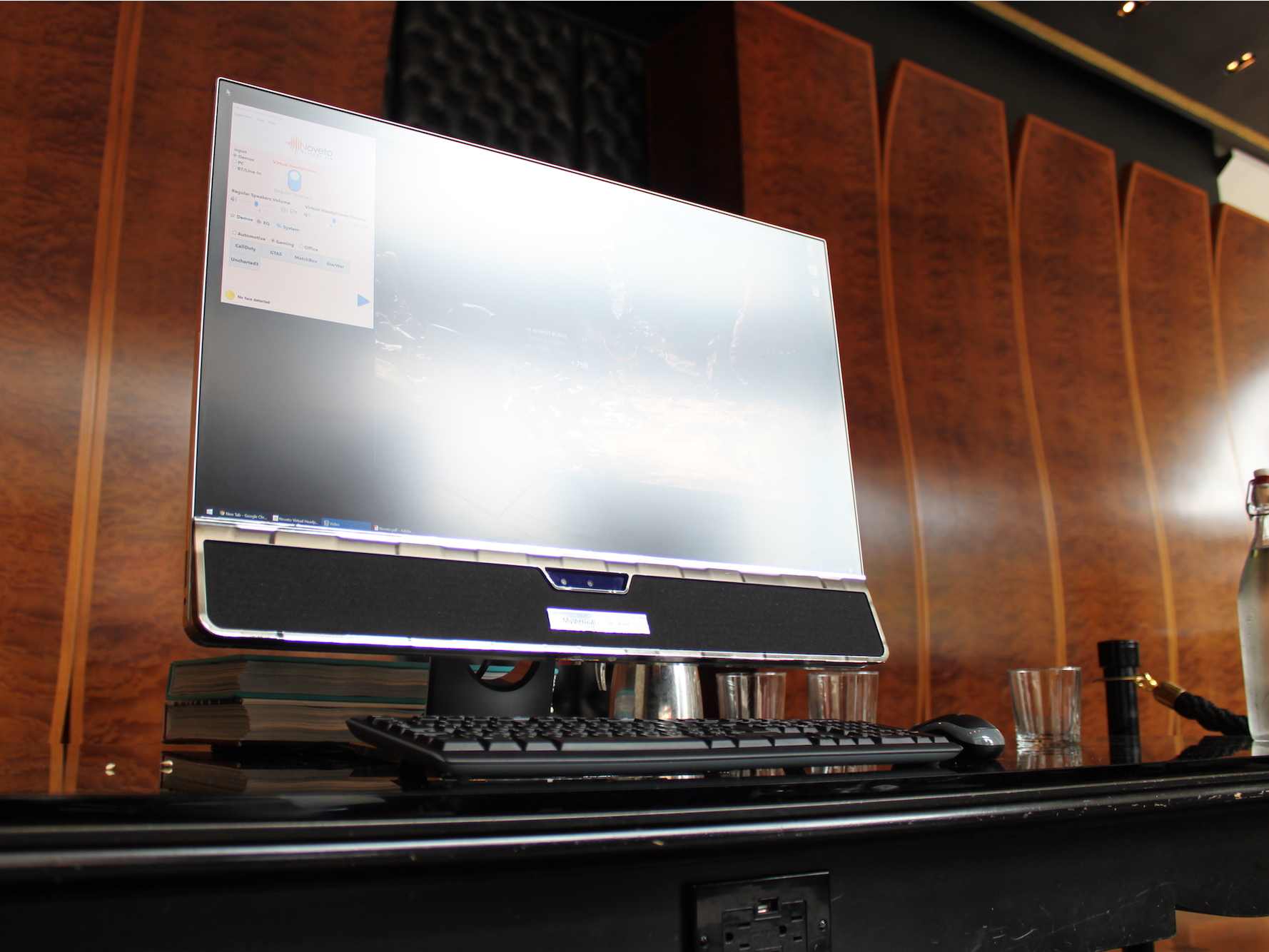 Noveto’s “focused” audio is different. It’s “steerable,” Noveto’s co-founder and one of its lead engineers Tomer Shani described to Business Insider during an interview. That’s to say Noveto’s focused audio can follow you around as you move, which is something directional audio can’t do.

To follow you around, Noveto uses 3D-tracking technology to see where your ears are, and delivers that audio right to your ears.

“I need to know the position of your ears in space so I know where to build my sound bubbles,” Shani told Business Insider, referring to himself as the technology. Indeed, Noveto’s co-founder Shani is one of main engineers behind the technology, along with his colleague and Noveto co-founder, Noam Babayoff. 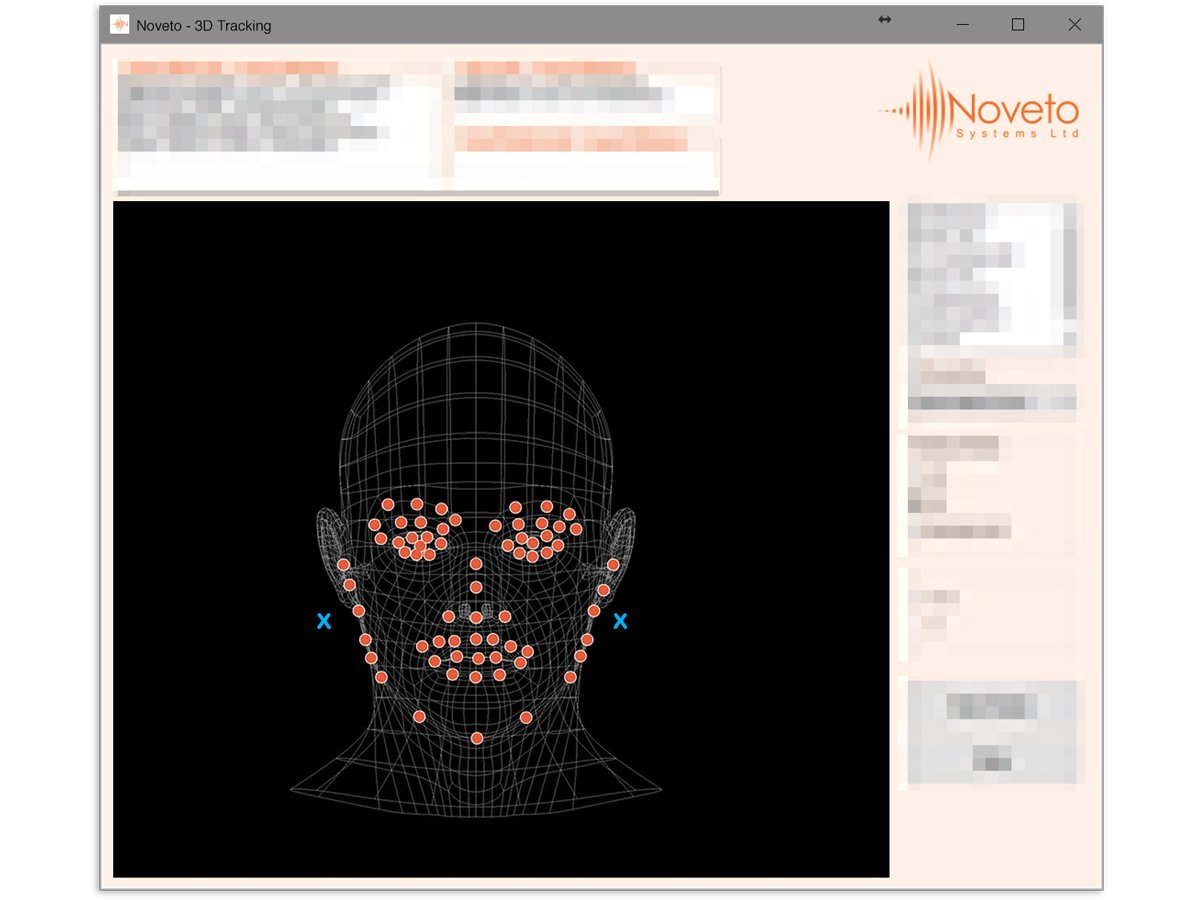 Not just a cool idea that’ll never make it to mainstream
Noveto attracted the attention of Brian Wallace – now the CEO of Noveto – who was brought on to help bring the product to market.

It’s a promising move for Noveto. Wallace has spun the marketing wheels at some of the biggest names in the tech industry. You may have heard of some of those names, including BlackBerry, Google, Samsung, mixed-reality company Magic Leap, smartphone company Essential, and most recently musician Will.i.am’s “culture” earphone company i.am+. At Magic Leap in particular, Wallace helped raise about $1.4 billion. 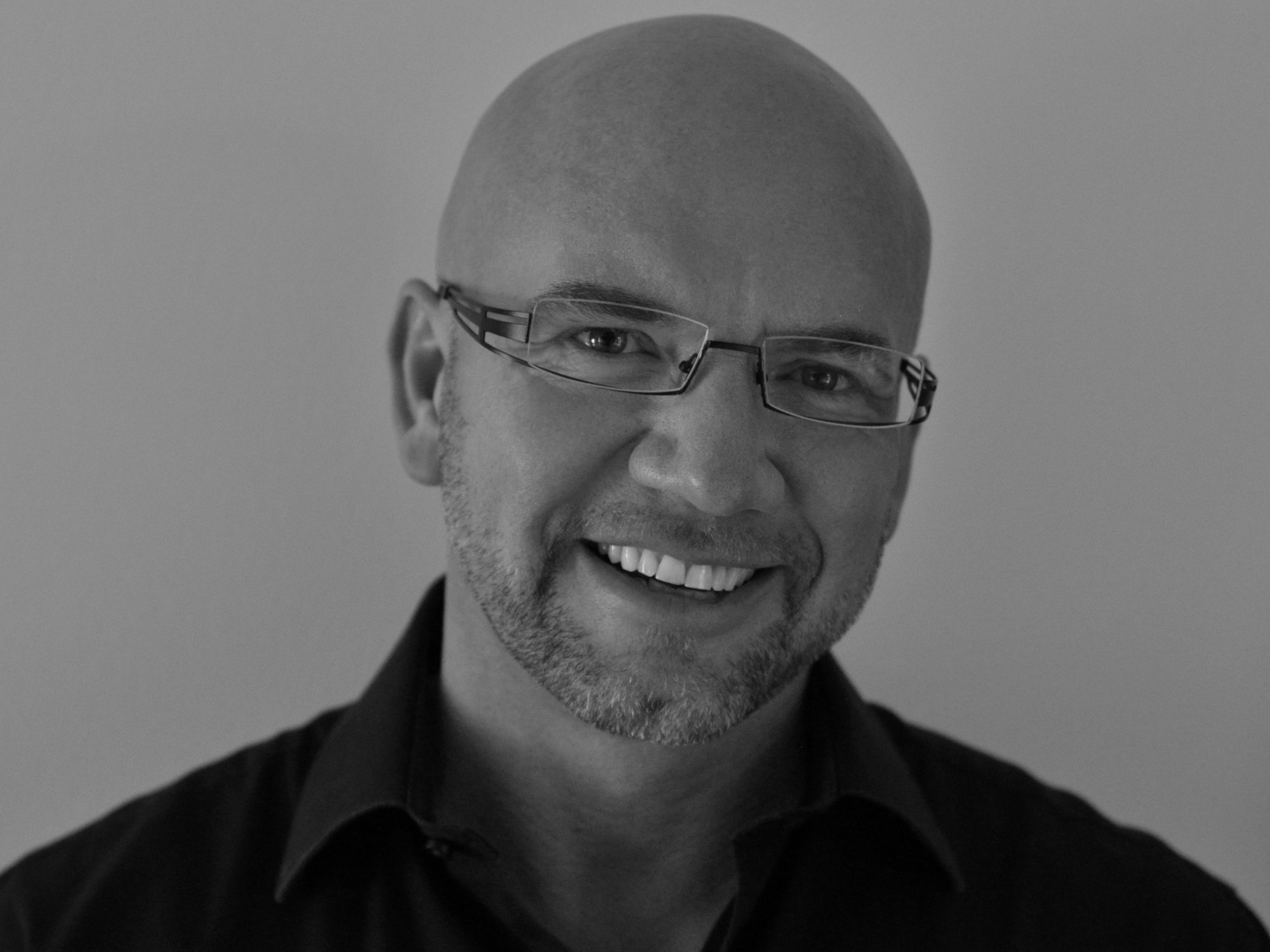 When thinking about the viability of Noveto’s focused audio technology to become a mainstream product, my mind also went directly to virtual reality (VR). VR is an amazing piece of tech in the same way that Noveto’s technology is amazing. But VR hasn’t enjoyed mainstream popularity, partially because of its typically-high price tags, and the best setups require powerful computers, cables absolutely everywhere, and even some pretty involved setting up. Not to mention there’s relatively little content being made for VR at the moment.
Noveto’s viability seemingly has fewer pain points that could get in the way of mainstream popularity, mostly because it won’t require you to really change anything you’re already doing to listen to audio, nor will it cost you more than you already spend on mid-range headphones. Standalone units expect to sell between $249 and $299, which is in the lower mid-range for headphone prices. Plus, the content for Noveto is already there: Music, video, games, and anything else that involves audio.

And then there’s the potential for existing products that can embed Noveto’s technology. This could be amazing in a car, for example. “Each passenger can enjoy their own audio content,” Shani said. “The kids in the back seat can see [a] Walt Disney [movie] for the 15 thousandth time, and in the front you can hear something else, or just enjoy peace and quiet.”

Noveto has also attracted interest from Dell for monitors and laptops with embedded focused audio. 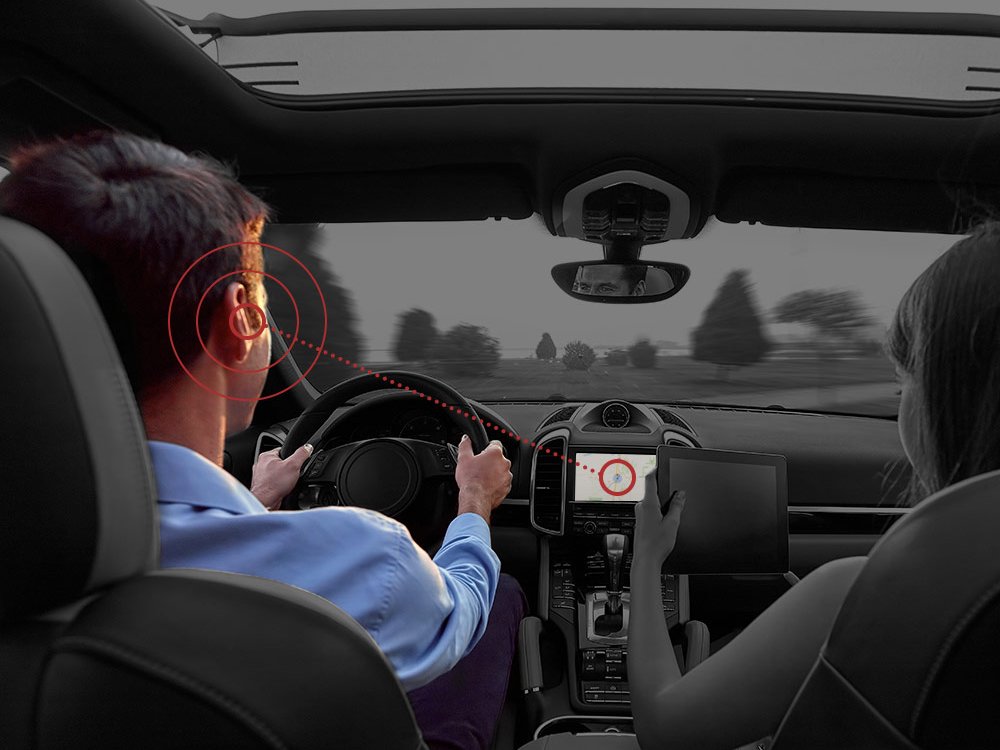 How does it sound?

In its current prototype state, it may not satiate audio quality enthusiasts. But the sound quality will be dramatically improved as development progresses. Wallace believes it could easily give its devices better sound quality than one of the most popular headphones you can buy today.

For now, the focus is to give you personal, private audio listening without wearing something on your head and ears, all while staying aware of your surroundings. During the demo in a busy hotel lobby, I could hear the video, as well as the activity around me.
The only major issue I have is how it works if you’re facing perpendicular to the device. At an exact 90-degree angle, the sound bubble would only be able to reach the ear that’s facing the device. “We can correct for this by positioning the system above the user, allowing us to track the ears no matter the position of the head,” Wallace said. That could mean some extra setting up on the ceiling for home use if you anticipate that you won’t be facing the audio source at all times.

Noveto expects the devices will be ready and available to buy by fall 2019. “The tech is real, ready, and everything set to go,” Wallace said.

Sanitation challenges: Parliament must consider a legislation on plastics – Zanetor 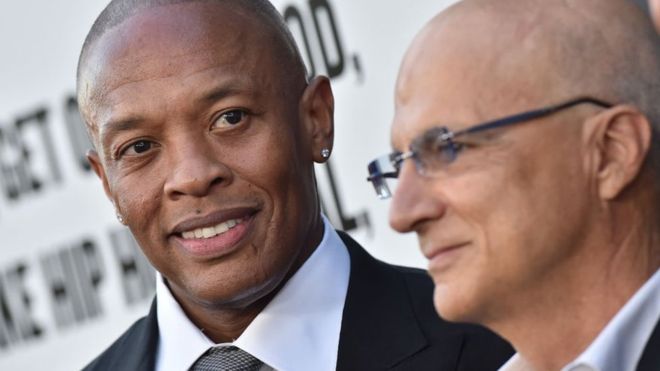 Sanitation challenges: Parliament must consider a legislation on plastics - Zanetor