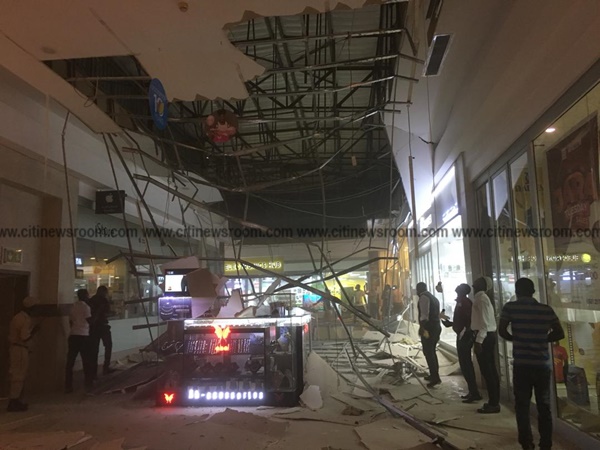 There was panic at the Accra Mall on Thursday when parts of the ceiling of a yet-to-be identified shop, caved in and injured at least two people.

Although the number of people who were hurt in the incident has not been confirmed, an eyewitness told Citi News that there were two people in the area when the ceiling collapsed. 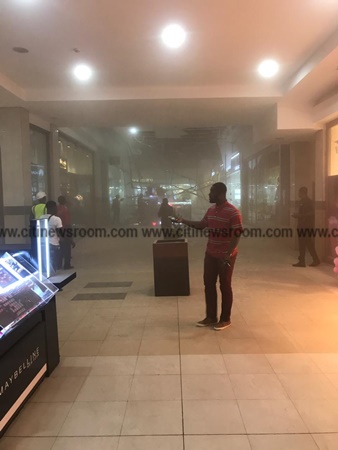 The police have since arrived at the scene and cordoned off the area as they work to restore calm.

According to the eyewitness, the two persons were directly under the area that caved in. 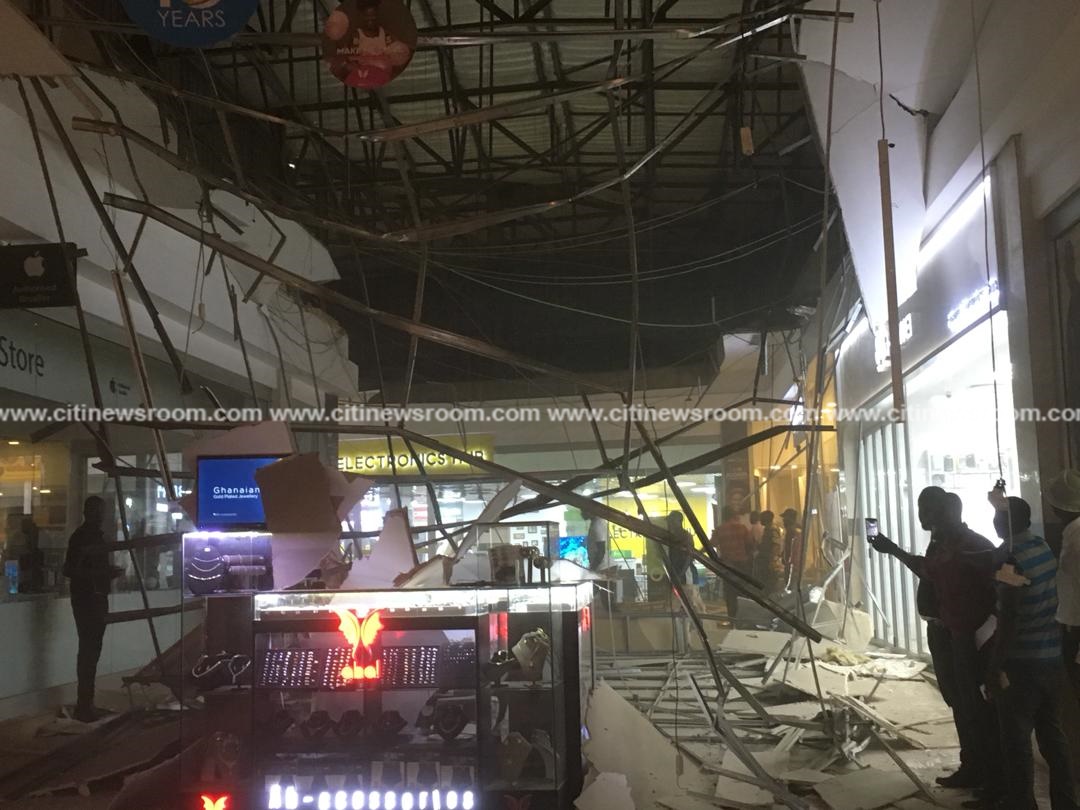 He however added that, the two appeared to have sustained “minor injuries” when they were taken to the mall clinic 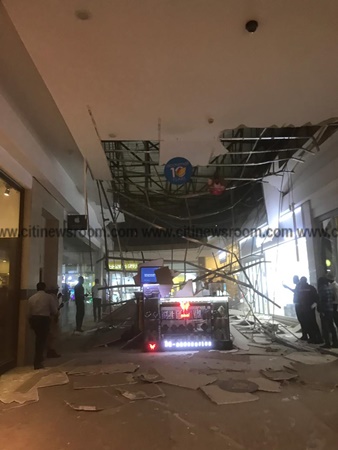 “I came to shop inside the Mall. I saw the roof come down on a shop. There were two people inside the shop. When the roof came down, they were directly under it. Some people came around and helped the victims.

“From the way they were carried to the mall clinic, it looked like they had minor injuries.”

The retail centre has since been evacuated as the authorities try to assess the extent of the damage.