Planting for Food and Jobs has come to stay – Minister 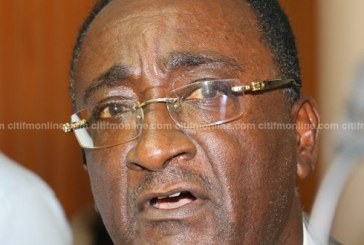 According to the minister, the enthusiasm, determination and energy put into the program by farmers and other private individuals in the region has made the Eastern Region one of the consistent food hubs in the country.

In an interview with Citi News after a stakeholders engagement with Municipal and District Agric directors as part of a two-day familiarisation visit to the Region, Dr. Owusu Afriyie Akoto pledged the government’s support in ensuring the Planting for Foods and Jobs is sustained.

“In this region, there has been the considerable progress of the program, and I am impressed with the report I have received from the regional directorate of agriculture. From the figures given it means that the number of farmers participating in the program this year compared to the number of farmers that participated in it last year 2017 has tripled so it means that the program is taking roots, spreading and the farmers have seen the benefits they can get out of it”.

“The Ministry is impressed with the yields recorded in this region, the participation by farmers and how they are clamouring to come on board is overwhelming and we expect that coming the next year 2019 the number of farmers coming on board will shoot up for the benefit of this country”.

Dr. Owusu Afriyie Akoto indicated that his ministry would collaborate with other relevant bodies to ensure the problems are all dealt with promptly.

“Of course there have been some few challenges with the program, the challenges of farmers getting seeds to plant, fertilizers and the new coupon systems and how they can be managed, but on top of all that targets which were set have all been realized and reached, fall armyworms have been controlled effectively compared to last year, total seeds planted and it’s acreage all managed well and I am very impressed.”