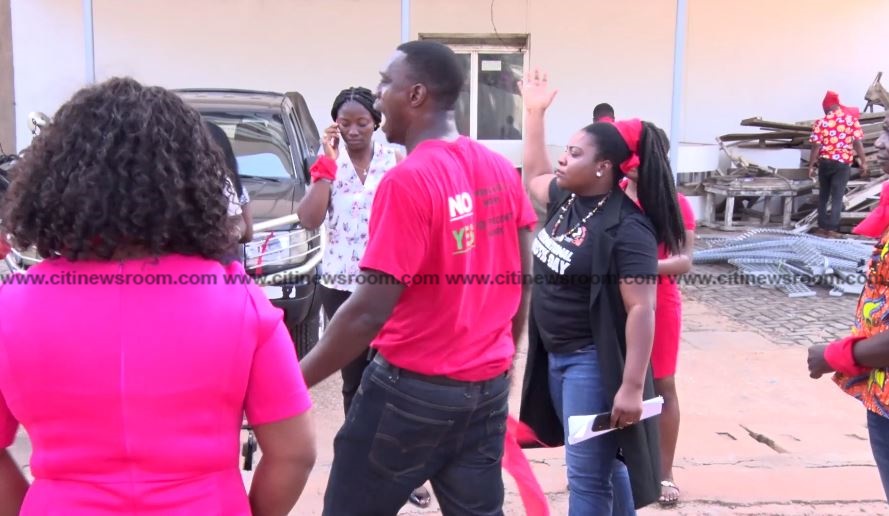 The Board Chairman of the Precious Minerals Marketing Company (PMMC), Kiston Akomeng Kissi, has denied claims by the workers of the company that his allowances and those of other members of the Board have been increased by 700%.

The workers of the company, who staged a demonstration on Thursday, calling for the removal of the Managing Director and the Board, alleged that the management of PMMC had sanctioned the astronomical increase.

According to the workers, the MD, Kwadwo Opare Hammond, has also been circumventing the procurement processes of the company.

However, Mr. Akomeng Kissi dismissed these claims, insisting that he had even called for the allowances to be slashed because of the difficult position the company was in when they took over.

“If you compare the allowances that we are getting with the previous administration’s there’s a huge difference.”

Mr.  Akomeng Kissi expressed disappointment with the workers’ decision to stage a demonstration before engaging management about their concerns.

He urged them to return to work and assured them that their claims will be investigated.

“I’ve been with PMMC for the past 27 to 30 years. I’ve worked with them, I know them, most of them are my friends.  It’s very surprising, I was very disturbed when I heard that they are on a demonstration. At least, they should have contacted me before doing this demonstration.

“Nevertheless, I think if what they are saying is true, then they have a case. All I’ll tell them is that they have to exercise patience, they don’t have to go on a demonstration. they should hold off and from today[Thursday], go back to work. I’ll be in Accra next week, so when I come, I’ll call them so that we sit down and solve this problem.”

He added that since the current management of PMMC took over, the company has seen a significant improvement in its fortunes and so I appeal to the workers not to disrupt its “good image”

“We don’t want anything that will damage the image of the PMMC. It is a very decent place, they are doing their work. Since we took over from the previous administration, things are moving well so they have to exercise patience.

The workers numbering over 50 did not hide their determination to have the MD sacked. 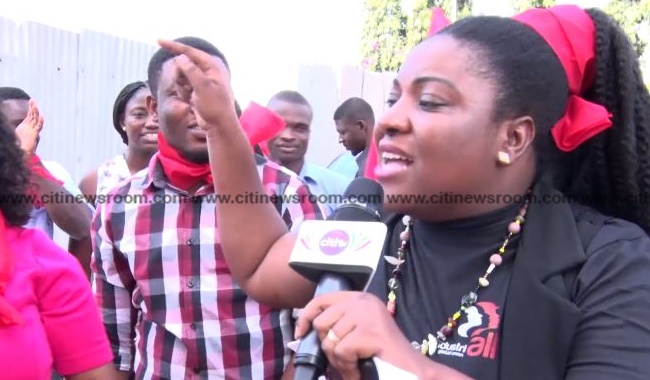 According to them, the company will collapse if the MD and the board are allowed to continue their work. Branch secretary of the PMMC workers union, Agnes Ayitey, speaking to Citi News said: “Staff here are agitating because Opare Hamond has made up his mind that he will not go in peace so we will also not give him peace.”

“We all know that there is a law backing procurement that if you are buying something above GHc100, 000 you should form a tender committee that will oversee the things and then choose. But in this case, he will single-handedly buys an x-ray machine for the airport branch which cost over GHc600, 000 without it going through the procurement processes. These are some of the things that are bringing the company down.”

“We don’t have money, the company is gone into bankruptcy, but he has money to increase the board allowances to 729% while the staff take 12%. And all these are injustices to the staff. He is altering the conditions of staff, and he is going to cut medical bills, he is doing the Machiavellian tactics. He is doing divide and rule, and putting people in positions that they don’t deserve,” she added.

Management of PMMC represented by the Chief Finance Officer, Wilson Adu Twum, rejected the allegations against the MD and the board, and urged the aggrieved workers to use the right channels to have their issues addressed.

World Teachers’ Day: Teachers must be treated with respect– NAGRAT

World Teachers' Day: Teachers must be treated with respect– NAGRAT