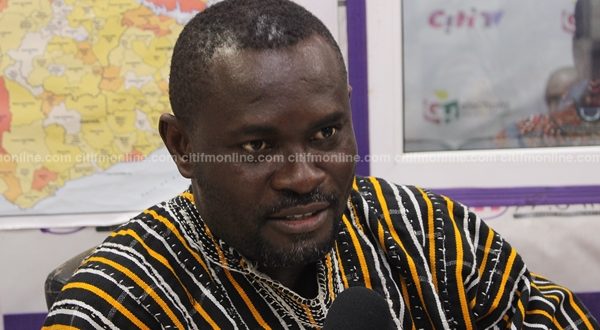 The management of the National Entrepreneurship and Innovation Plan (NEIP), has denied claims that it issues fake cheques to beneficiaries of its entrepreneurship program in the three regions of the North.

It said majority of the beneficiaries of its entrepreneurship program received their funds directly in a bank account and not through a cheque.

[contextly_sidebar id=”Eo7gDf7d1KL4xAaxiNJ3lllFHCGIPdwa”]In a statement copied to citinewsroom.com, NEIP said publications to suggest the contrary were only attempts aimed at ridiculing the government’s support for the 1,350 entrepreneurs who were receiving financial support from the government to promote their respective businesses.

The NEIP said the only time a cheque was used during the launch of its business program in the three regions of the North by the Vice President, Dr. Mahamudu Bawumia, was when the beneficiaries were “asked to hold cheques to represent the amount they will receive. This was done just for the ceremony”.

The attention of the National Entrepreneurship and Innovation Plan-NEIP has been drawn to a malicious publication attempting to ridicule government’s support to over 1,350 entrepreneurs who are being funded as part of effort to promote business development and support for start-ups in the country.

The publication which has been sighted on social media and blogs alleged that the Ministry of Business Development and it’s implementing agency, National Entrepreneurship and Innovation Plan-NEIP issued fake cheques to beneficiaries of the NEIP business Programme in the three Northern regions of the country when the Vice President H. E Alhaji Mahamudu Bawumia held a ceremony to launch the Presidential Business Support Programme.

We want to state categorically that, nowhere did NEIP or the ministry issued fake cheques to beneficiaries.

In fact over 95% of beneficiaries have received their funding through an account they opened with National Investment Bank (NIB).

As a matter of fact, the only time cheques were introduced was during the launching of the Presidential Business Support Programme where beneficiaries were asked to hold cheques to represent the amount they will receive. This was done just for the ceremony.

We see the false publication as an attempt by individuals with evil agenda to bring the name of the Vice President, NEIP and the Ministry into disrepute. We want to re-emphasize that over 95% of beneficiaries have received their funding through their bank accounts and have called to confirm receiving the funding and are very happy that the support will go a long way to help their businesses.

We are therefore urging the public to disregard these malicious publications and treat it with the contempt it deserve.

NEIP, for that matter the Government assures the general public of continuous commitment to provide an eco-system that encourages entrepreneurship and business development in Ghana.