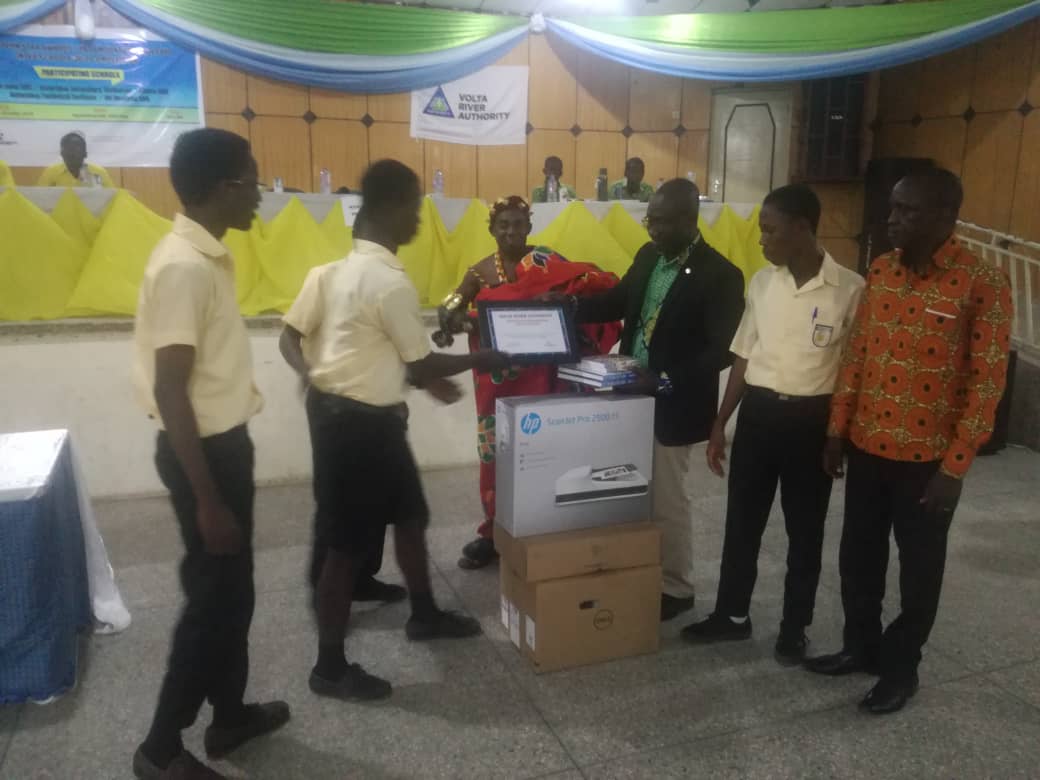 The competition, dubbed the 1st Eastern Star Awards and Paramountcy Trade Expo Inter Schools Quiz Competition , and organized by the Volta River Authority (VRA) in collaboration with the Eastern Regional House of Chiefs, is in honour of a former Chief Executive Officer and Board Chair of the VRA Mr E.A.K Kalechi.

5 Senior High Schools in the New Juaben North and South Municipalities were selected to participate in the maiden edition of the quiz competition.

After answering questions on Nuclear energy, culture and current affairs, Oti Boateng SHS, Pope John SHS and Koforidua Sectech progressed to the finals of the competition.

At the end of the keenly contested four rounds, Oboss had 25 points,  Pope John had 28 points and Koforidua Sectech garnered 29 points,beating their local rivals Pope John by just a point.

Mrs Belona Victor Kwao, the Senior Information Publicity Officer for External Communication at VRA in a Citi News interview after the competition indicated that the competition is to help ignite interest in engineering, science and nuclear technology in the students at an early stage to help Ghana’s industrialisation agenda.

“This competition organized by VRA is part of our public educational campaign that we started last year. For some time now we have had issues with electricity tariffs and its uses here and it is important to continually engage our young ones to appreciate what goes into the production of energy and also get them into the alternative sources of power as Ghana aims to become an industrial nation.”

“It is also to help in the interest in science, technology and we think is appropriate to engage the students at this younger age for them to be conversant with technology, engineering and science.”

Mrs Victor Kwao also revealed that VRA will increase the number of participating schools in the next edition.

“It was not easy getting the schools but all the same we managed to get some even though we envisage engaging more during the first competition. Going forward we have learnt our lessons and next year we will involve more schools”.

The winners where presented with a computer, a printer, books and a field trip to VRA and Atomic Energy for 100 students.

The second and third placed schools will also benefit from the field trip packages for 100 students from their school.