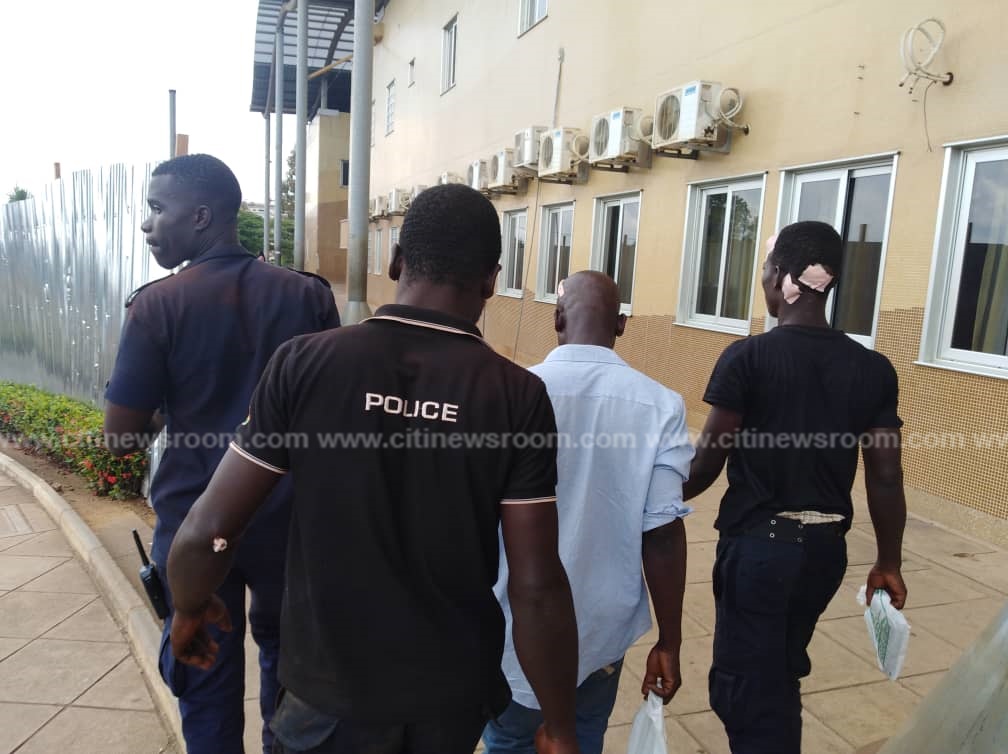 Some of the affected persons.

The District Police Commander for Asiwa in the Bosome Freho District of the Ashanti Region, ASP Dennis Boateng, has been hospitalized after he sustained gunshots on the neck.

Four others including a police officer, two community police assistants, and the driver of the District Chief Executive (DCE) for the area, were also victims of the incident.

The incident occurred when the Police Commander and his team were ascertaining why roadblocks had been mounted around Nsuta, a suburb of the district.

The team was said to be on patrol to arrest some persons suspected to be part of a gang that butchered and killed a farmer around Tumfuorkrom and Nsuta last Wednesday.

The team continued their operations to Sunday morning after they were unable to get hold of these suspects.

The police officer and the other occupants of the vehicle were ambushed and shot by armed men on Sunday at about 5:00 am.

ASP Boateng, who was shot in the neck and back is currently battling for his life at the Komfo Anokye Teaching Hospital.

The four other victims have since been treated and discharged.

Meanwhile, the Ashanti Regional Police Command has confirmed the arrest of a suspect in connection with the incident.