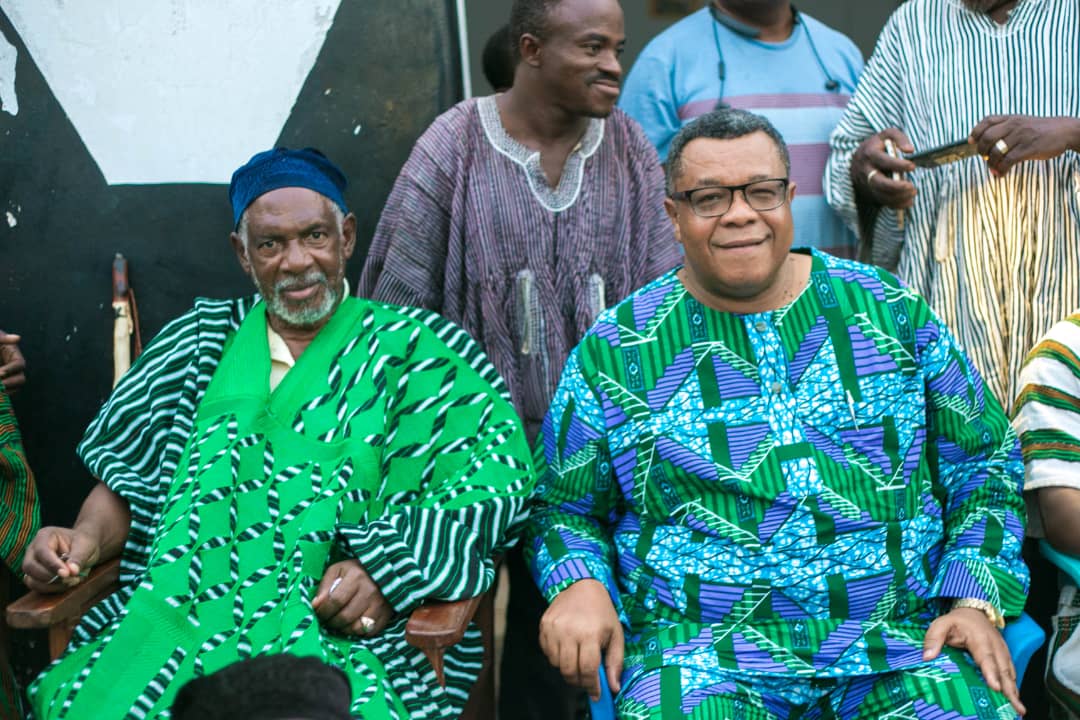 The overlord of Waala traditional area hailed Goosie Tanoh as a “solid candidate” who must be supported and given the chance to lead the NDC into election 2020 as the flagbearer of the party.

“I am a witness to the fact that you have never insulted anybody, you are doing a very clean campaign, may Allah bless you” Wa Naa Fuesini Seidu Pelpuo IV told Goosie Tanoh and his entourage who are visiting the region for a four-day intensive campaign.

Speaking at his palace during a courtesy call on him by the NDC presidential aspirant, the Wa-Naa through his spokesperson Naa Ali Pulpeo Bush, also a chief at Bush, eulogized Goosie Tanoh describing him as a leader who is diverse and patriotic to the core values upon which the NDC was formed.

He indicated that Goosie Tanoh was a true NDC founding member, saying “if anybody in the NDC says he has worked more than Goosie Tanoh, the person is telling lies’’. 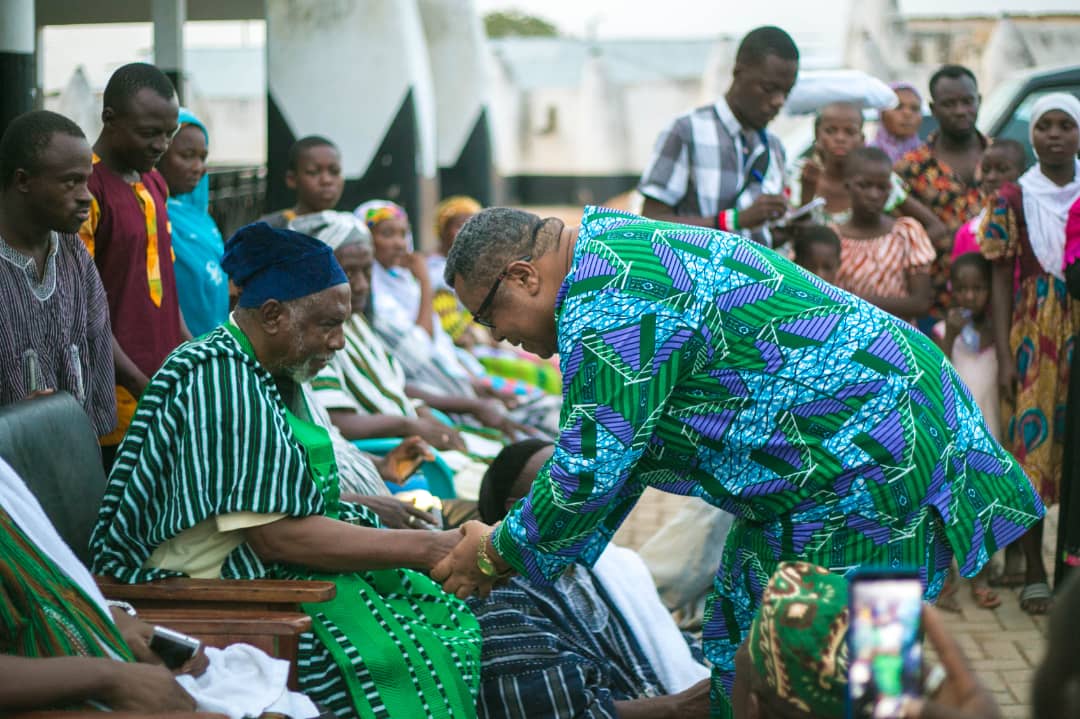 He recounted history as far back as 1992, when he, Naa Ali Pulpeo Busah, and Goosie Tanoh, together with other founding members of the party, renounced their comfort, toiled and worked day and night ‘’just to see the NDC to what it is today’’.

He stressed that people were scared to join the NDC during the revolutionary days, however; the visionary leadership of the likes of Goosie Tanoh attracted many Ghanaians to voluntarily join the party.

The Goosie Tanoh camp, says the chief’s assertion is in sharp contrast to an erroneous perception of a younger generation of NDC members who have been made to believe that Mr. Goosie Tanoh betrayed the NDC party.

But Naa Ali Pulpuo Busah refuted such claims describing it as factually inaccurate.

In his response to the endorsement, Goosie Tanoh, the former Ghanaian diplomat and founding member of the NDC thanked the overlord of Waala tradional area, Wa-Naa Fueisni Seidu Pelpuo IV, and promised to seek his wise counsel to govern the country if he wins the NDC internal contest and subsequently emerge as winner of 2020 presidential elections.

He bemoaned the dwindling election fortunes of the NDC in recent national elections, and said his mission was to restore the party to its election winning days.

Goosie Tanoh was similarly praised by the Paramount Chief of Osudoku traditional Area, Nene Aadegbor Ngmogmowuyaa, during a recent campaign tour to Dododwa in the Greater Accra region.

He was ushered into the city by several men and women riding on motorbikes amidst wild jubilations from his supporters and onlookers. 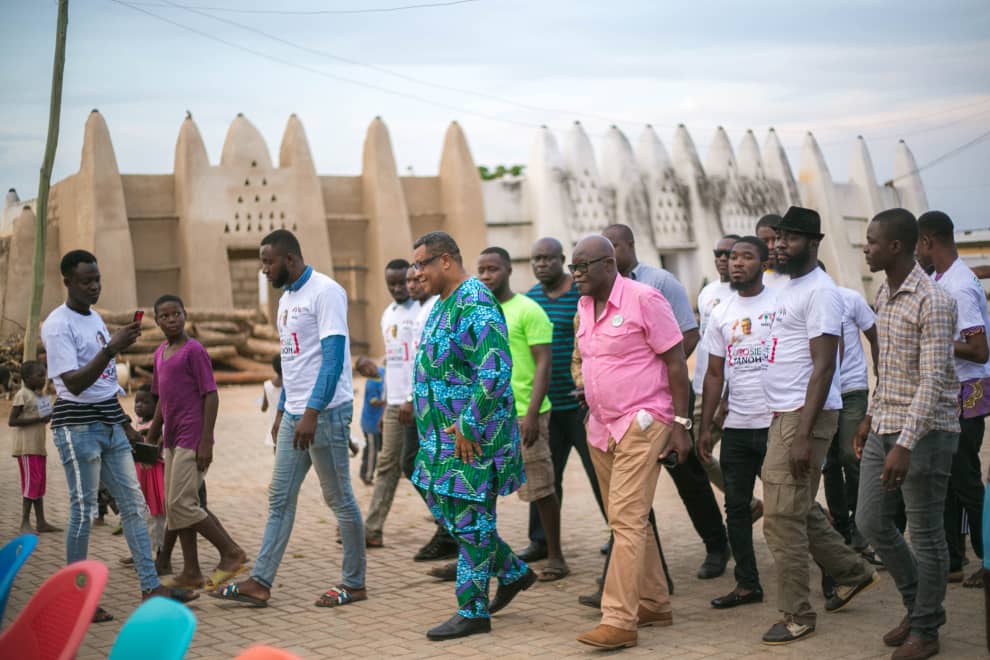 Goosie Tanoh also met and interacted with party elders and regional executives of the party in the Upper West Region.

Later in the evening, he addressed some members of the Tertiary Education Institution Network (TEIN) NDC in the region, where he encouraged the students to be worthy ambassadors of change in their communities to spark the rebuilding process of the new NDC.

Goosie Tanoh launched his campaign in October in the Volta region where he visited tens of thousands of voters to solicit for votes.

Tanoh is a Lawyer and a politician born on February 7, 1956.

He holds a Bachelor of Law (LLB) from the University of Ghana and Master of Law degrees from the Northwestern University Law School, Chicago, USA.

In the private sector, he ha sworked as a Managing Director and Chairman of the Board of Transport and Commodity General Limited , Executive Director, Finance and Administration of Ghana National Petroleum Corporation and as Director and Board Member Ecobank Ghana Limited among others.

Mr. Tanoh was a Law Lecturer at the University of Ghana, Legon in 1982 and also served as a member of the Consultative Assembly that drafted Ghana’s 1992 4th Republican Constitution.

He pioneered the packaging and exportation of Cassava chips from West Africa to Europe in 1989.

He was a member of Ghana’s delegation to the Security Council, General Assembly and the Preparatory Commission on the law of the sea, at the United Nations from 1986 to 1989.