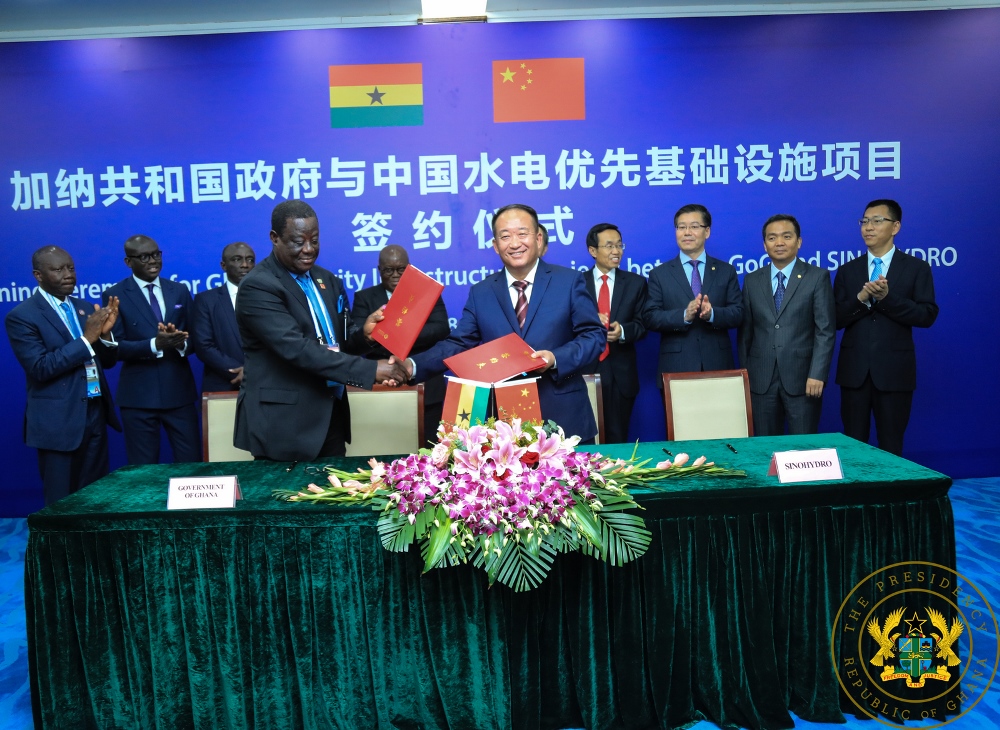 The Minister of Information, Kojo Oppong Nkrumah, has indicated that Ghana is ready to access the first tranche of the Sinohydro facility meant to expand infrastructure.

The project, which is worth $2 billion, was signed in 2017 between the government of Ghana and Sinohydro, a Chinese company for the construction of priority infrastructure projects across Ghana including new interchanges in Tamale in the Northern Region, and Takoradi in the Western Region.

[contextly_sidebar id=”oXr5ROuvsvZ2fpyem3hodw86tBnIcg2h”]Critics have also said the agreement must be reviewed because it is not in the interest of Ghana and would add up to Ghana’s debt stock, a claim government had rejected.

Briefing journalists in Accra, Kojo Oppong Nkrumah said Ghana is ready to access the first tranche of the deal  despite the stiff opposition.

The government signed the master project support agreement with Sinohydro of China last year and was subsequently approved by Parliament.

Ghana is now ready to secure the first tranche of the agreement which is worth $649 million. Two sets of contracts to this effect have been laid before Parliament.

Roads to benefit from the project

The minister listed a number of communities across the country which are to benefit, including about 84 kilometers of Accra inner city road as follows:

The agreement among others will fund the infrastructure projects in Ghana, including roads, bridges, interchanges, hospitals, housing, railway development as well as rural electrification.

The Minority in Parliament had written to the International Monetary Fund over the issue.