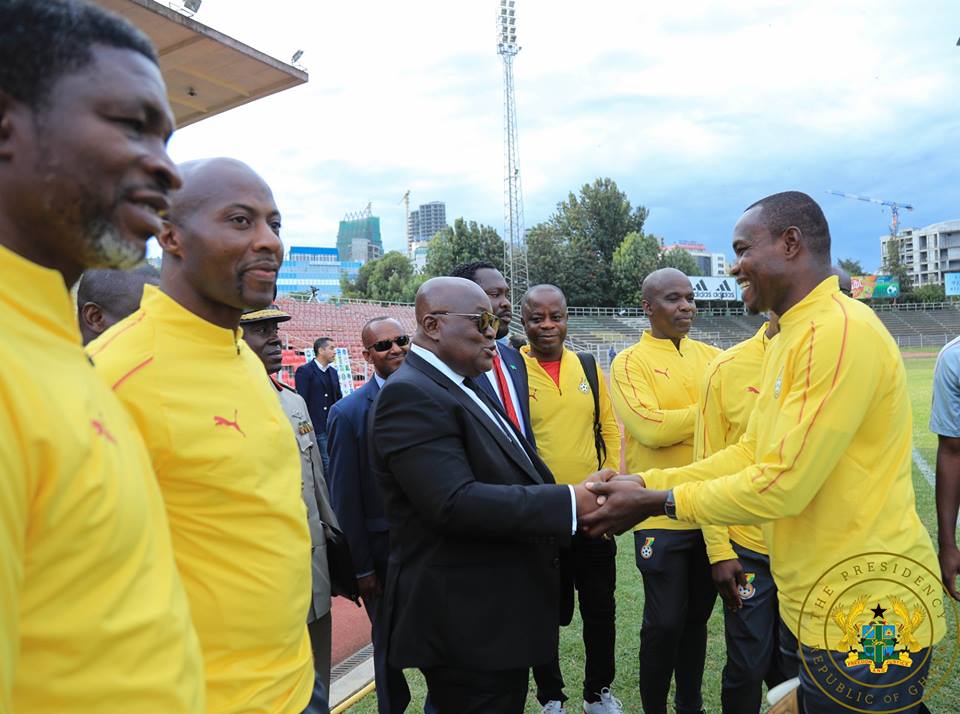 President Nana Akufo-Addo has urged the senior national team, the Black Stars of Ghana to go for victory in their 2019 Africa Cup of Nations (AFCON) Group F qualifier against Ethiopia today.

According to him, the team must repeat their stellar performance in their first game of the 2019 AFCON qualifiers in Kumasi when they thrashed the Ethiopians by five goals to nil.

Nana Addo made the appeal when he visited the team at their Addis Ababa camp ahead of the clash.

“We defeated them 5-0 at our home in Kumasi. So, you have to repeat it in front of their home fans.”

Nana Addo said it is long overdue for Ghana to be crowned winners of the competition again after a 36-year drought.

“It’s been long since we won the trophy at AFCON. The last time was in 1982 and that is indeed a very long time. So I urge you to work harder in order for us to win it in 2019.”

“I know your coach is phenomenal but I am here to wish you the very best and promise you of my full support to win the trophy,” he added. 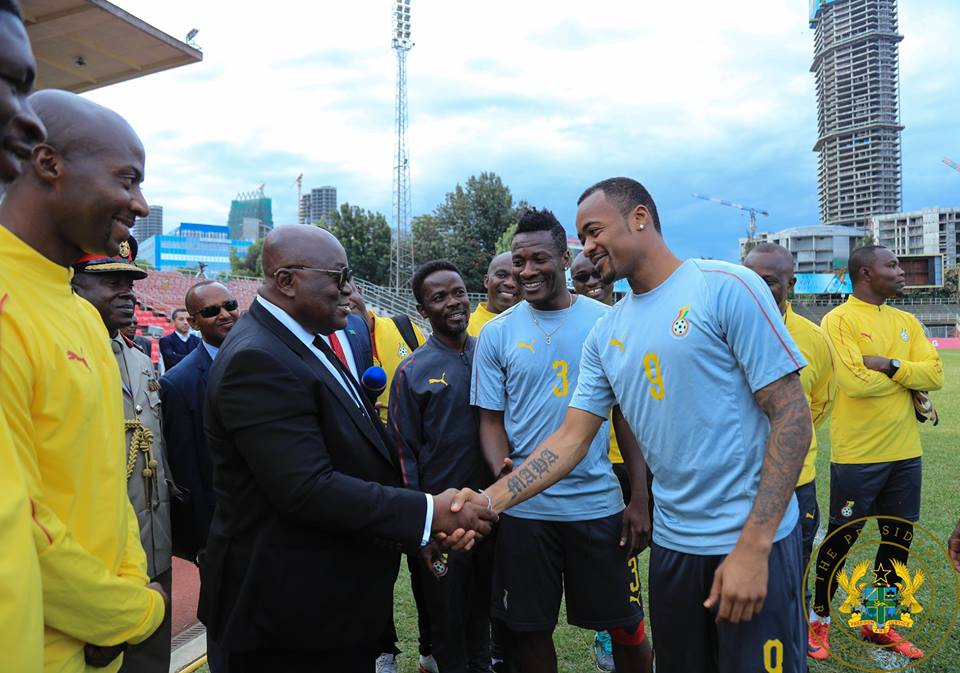 Kwesi Appiah’s men are third in the group with three points and are in dire need of a victory to close in on Kenya who top the log with seven points.

Meanwhile, captain of the team, Asamoah Gyan has assured Nana Addo of victory and thanked the President of paying them a visit.

On his part, head coach of the Black Stars; Kwesi Appiah said the team will be cautious of any form of complacency and vowed to help the players give off their best.

This is after the Executive Committee of the Confederacy of the African Football decided to move competition from January/February to June/July for the first time.