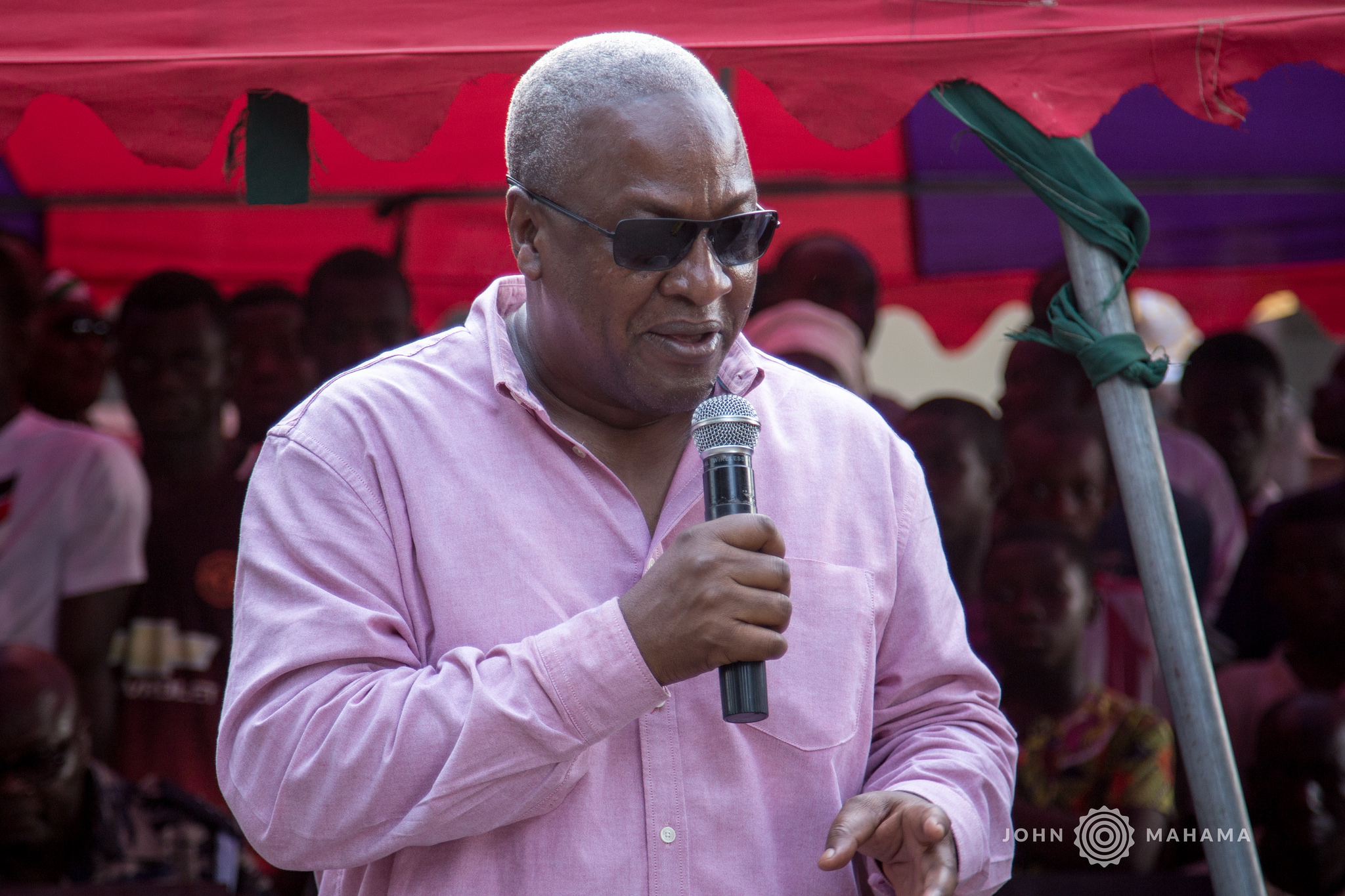 Former President John Mahama has told cocoa farmers that the Akufo-Addo Administration has done nothing to better their living conditions.

Mr. Mahama, a flagbearer aspirant of the National Democratic Congress (NDC), said the Akufo-Addo administration has ignored the policies the NDC put in place to secure for them a favourable return for their produce.

[contextly_sidebar id=”V4sdUA33YOKRkL7EcTmTUJFtXwZblg0s”]Speaking with party faithful at Tepa in the Brong Ahafo Region, Mr. Mahama said “all the policies we put in place to improve the livelihood of cocoa of farmers have been abandoned by this government. The untold hardship on cocoa farmers under this administration is disheartening.”

This cocoa season, the government again maintained the producer price at GHc 7,600 per tonne, which has been met with criticism by the NDC Minority in Parliament.

“Prices of commodities have shot up. Ordinarily, it should benefit cocoa farmers but that is not the case. Why is it that for the past two years, producer prices have not been increased. Not even GHc1. 00 has been added,” Mr. Mahama lamented.

Despite Mr. Mahama’s assertions, during the 2019 budget read on Thursday, the Finance Minister, Ken Ofori Atta acknowledged that world cocoa prices have declined by about a third in the 2017/2018 season.

“Despite the significant decline, Government maintained the producer price at GHc 7,600 per tonne to ensure that farmers did not suffer loss of income and purchased 904,000 metric tonnes of cocoa in the 2017/18 season,” Mr. Ofori Atta stated.

Cocoa prices on the international market in recent times reduced from US$3,300 per tonne to US$2,100.

The government has been commended by some observers for deciding to maintain the producer price.

Maintaining the producer price is noted as minimizing the adverse impact of the price drop on farmers.