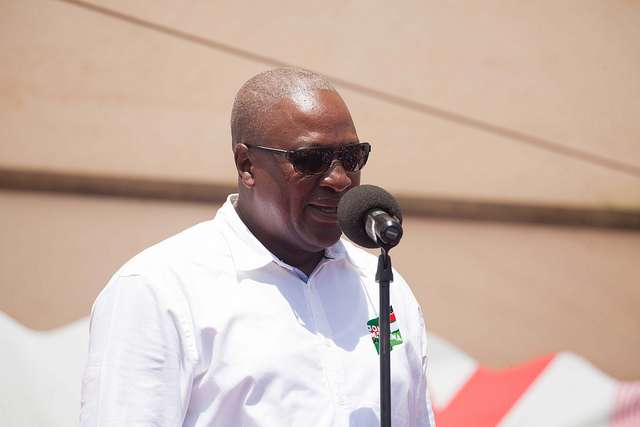 Former President John Mahama has challenged President Nana Addo Dankwa Akufo-Addo to fulfill his campaign promise of paying all the allowances of trainee teachers and nurses.

The trainees, in recent times, have been agitating for their accumulated allowances to be paid.

Mr. Mahama said his administration had a plan to systematically migrate the trainees onto the student loan scheme in order to create room for an increased enrollment.

[contextly_sidebar id=”G6Ctomt6ydokTb1pJfOmasspBLgVXAQ7″]But, these plans, the now National Democratic Congress (NDC) Presidential  aspirant said, were frustrated by then candidate Nana Akufo-Addo’s promises to restore the allowances once he was elected  President.

“You do everything with a plan. Look at teacher trainee allowances for instance. We explained to the students that we wanted to employ more of them so we will shift them onto the students’ loan scheme just as their colleagues in other schools. This was to invest the extra money into building more schools so they can be employed after school. Our colleagues (NPP) said when they come into office, they will pay because they claimed teacher trainee allowance is an insignificant percentage of our GDP.”

Addressing party members at Ada in the Greater Accra region, John Mahama stated that having won the elections, Nana Akufo-Addo must honour his promises.

“By God’s grace, you have come into office so pay it (allowances). You promised and so you must fulfill it. Promises are meant to be fulfilled. So, the teacher trainee allowances, the nursing trainee allowances must be paid. Now that NABCO has come, are we in the few months going to hear that their allowances have not been paid?, he quizzed.

The issue of allowance for trainee nurses became a major campaign point in the 2016 elections after the New Patriotic Party promised to restore the payments which were scrapped by the Mahama government.

The NPP government restored the allowances of GH¢400, effective September 2017 with an elaborate ceremony to the joy of the trainee nurses who had complained about the hardships they faced without those funds.

President Akufo-Addo said an amount GHc232 million had been allocated for the stipend, with the health trainees set to receive GHc 400 each month.

Nurses in the Upper East Region warned that the status of allowances would influence their vote in the in 2016 December polls.

But government insisted the decision allowed it to expand various health and educational infrastructure in the country as well as remove the restrictions on admission to the various training institutions.