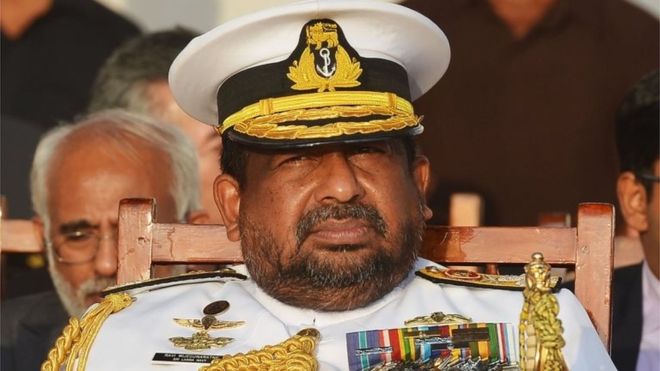 Chief of Defence Staff Ravindra Wijeguneratne appeared in court after warrants for his arrest were issued.

Prosecutors say he protected the main suspect, a naval intelligence officer who allegedly murdered 11 young men in the final stages of the conflict with separatist Tamil rebels in 2008-09.

The officer is in custody. Admiral Wijeguneratne denies the allegations.

The court in the capital, Colombo, remanded him in custody until 5 December. 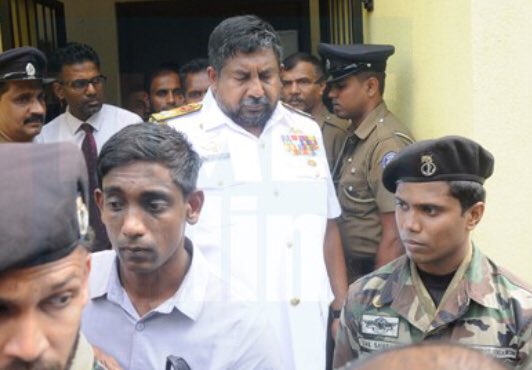 Three warrants for his arrest were ordered in early November, but it took the admiral until now to present himself before the magistrates court, dressed in his military uniform and flanked by navy officers and supporters.

His application for bail was rejected. Several journalists say they were attacked while covering proceedings.

Tens of thousands of Tamils – and the rebel leadership – were killed at the end of the conflict, in which both sides were accused of atrocities.

Human rights groups have long called for prosecutions, but there have been none so far.

The naval officer the admiral is accused of protecting was detained in August. The bodies of the 11 young men, most of them Tamils, have never been found.

What was the cost of the war?

The 26-year civil war left at least 100,000 people dead on both sides of the conflict. The Tamil Tigers said they were fighting for a homeland for minority Tamils in northern Sri Lanka.

There are still no confirmed figures for tens of thousands of civilian deaths in the last months of battle.

The final months of the war saw hundreds of thousands of Tamil civilians trapped in territory held by the Tamil Tigers (LTTE) in the north-east.

While government forces were accused of indiscriminate shelling leading to massive casualties, the Tamil Tiger rebels were alleged to have used civilians as human shields and shot people trying to escape.

Allegations persist to this day that the army killed rebel leaders and others after they surrendered or were captured – and the UN admitted in 2012 that it could and should have done more to protect civilians.

Channel 4 and the UN have documented numerous atrocities committed during the war.

One investigation said it was possible that up to 40,000 people had been killed in the final five months alone. Others suggest the number of deaths could be even higher. 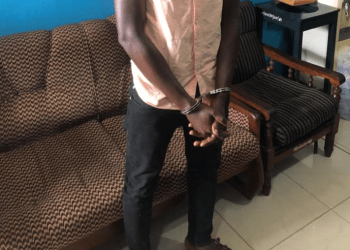 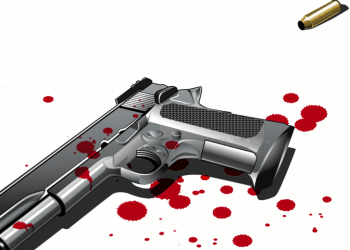 Man shot dead on a farm in Atwima Kwanwoma district 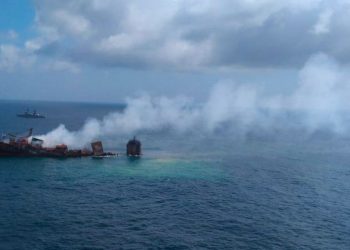