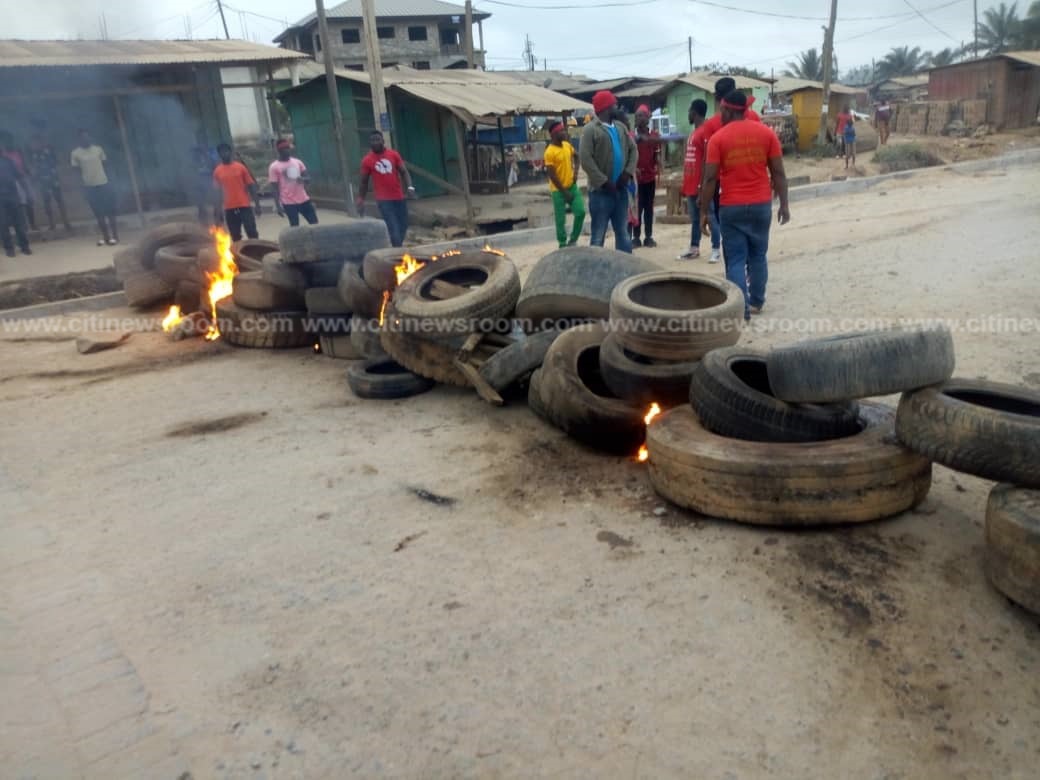 The Tarkwa-Takoradi road in the Western Region was blocked for over five hours by angry residents of Bonsar on Thursday evening after a bauxite hauling truck hit and killed a nine-year-old girl who was returning from school.

The irate youth in the Tarkwa Nsuaem community blocked the road at about 4 pm on Thursday and burnt tyres, and prevented other cars from using the road after the gory accident that saw the deceased dismembered.

“The girl was trying to cross the road from the other side. She had forgotten her exercise books in the school so she went back for them but when she was returning, she was knocked down by the bauxite hauling truck, dragged for about 50 meters on the road, dismembering all her body parts. Police came to collect the parts,” the MCE said.

Mr. Asmah continued that “this infuriated residents of Bonsar who blocked the road. Traffic also built up 5 kilometers from both sides. No car could go from Tarkwa to Takoradi or Takoradi to Tarkwa. We called in the police to restore order but they couldn’t salvage the situation. We had to call in the military and then finally, after 5 hours, the road was cleared.”

Passengers were left stranded in the five-kilometer-long traffic jam.

One of the frustrated commuters who narrated the situation to Citi News said “I got here around 5: 40pm but I have been here until now. Its 8:47pm. There is a long traffic jam. No cars move from each direction…some of the passengers had been walking to cross from one end to the other…We are simply stuck in the dark and in the middle of nowhere. We are stuck”.

This is the second accident in two months involving school children between Dompim and Ahwetieso.

The first was when 6 children and two female teachers of the Learners Bridge Academy were killed whilst returning from school on Monday, September 17, 2018.

Whilst the September Accident happened at Dompim, the recent one happened at Bonsar, the next community from Dompim.

Fadama school gets IT equipment from British Airways