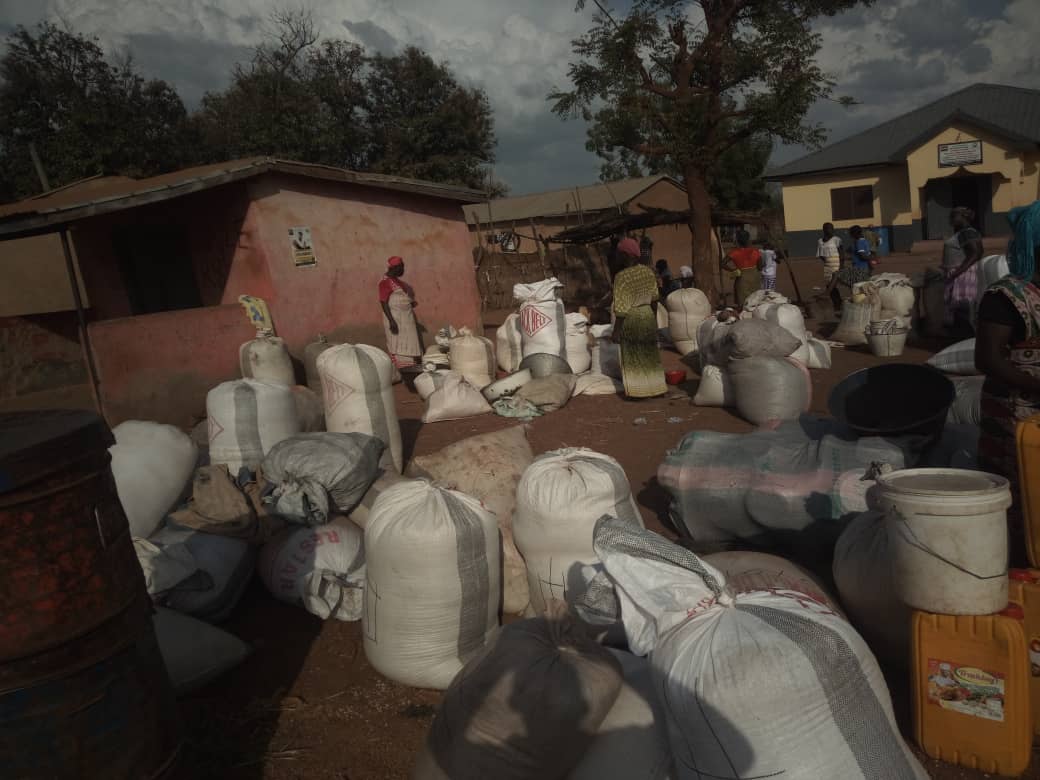 It was the market day for Lepusi but people had to run, leaving behind their wares when the military started burning the yam sheds belonging to the Konkombas.

Tension is brewing between Nanumbas and Konkombas at Lepusi in the Nanumba North Municipality of the Northern Region over the location of a yam market in the area.

The chief of Lepusi, Naa Suale Napari has proposed a site for the yam market, but the Konkombas have chosen a different place.

This almost sparked a clash between the two groups.

It was the market day for Lepusi, but people had to run, leaving behind their wares when the military started burning the yam sheds belonging to the Konkombas.

The Konkombas have alleged that the chief of Lepusi is complicit in the burning of their goods.

They said though they initially agreed with the chief over the location of the new market, and the former even promised to nominate three people to be added to the management of the market.

But he later proposed a different site from the agreed one.

Donkor Emmanuel, one of the yam sellers, who spoke to Citi News, expressed his frustration, saying “we earlier had several meetings with the chief who told us that he agreed with us to open the market, so we are surprised to see the turn of events today when the security came in and started burning our sheds. The chief sold the land to us, and we have the papers and everything, so we don’t understand what the chief is doing.”

He also accused the Municipal Chief Executive of Nanumba North, Abdulai Yaqoub of escalating the whole issue by bringing in the military to burn down sheds in the market.

“I think the MCE is the one who escalated the tension. We planned the opening of the yam market, and we wrote to the MCE, but he was in Tamale, so we were waiting for him to come and give us the word. Meanwhile, we had told our people in the villages to bring their yams for sale today but not for the commissioning. This morning when he came, he ordered the military to burn the yam sheds which our people did not understand and that brought about the tension,” Donkor alleged.