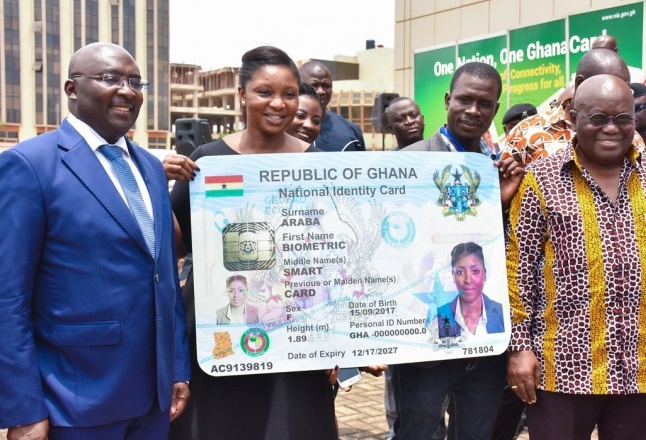 Ghana Post has denied claims that it did not adequately educate residents of Adenta on the usage of the digital addresses which is a requirement for the acquisition of the Ghana Card.

The National Identification Authority (NIA), this week started registering residents of Adentan for the issuance of the Ghana card.

[contextly_sidebar id=”OVCrmOC2k06jaAeDZlPFEYLOeKbPKyH4″]However, the NIA claims it encountered some challenges especially with the use of digital addresses which are an integral requirement.

But speaking on the Citi Breakfast Show on Wednesday, Head of corporate communication at Ghana Post, Kobi Hemaa Osisiadan-Bekoe, said their outfit provided education prior to the commencement.

“The people at Adentan and its environs can attest to the fact that Ghana Post GPS has been there for the past two weeks. We intensified the education over the weekend because we realized that Adentan is one of the communities that residents will leave to work and come back in the evening. We don’t normally do the sensitization in the evening so, we intensify it in the evening.”

“NIA has people with them that when there are issues of emergencies, they address them. We have also given our contact, and even now, our team is on the ground. I am surprised that people are saying Ghana post is not doing enough”, she noted.

The National Identification Authority, NIA, has blamed lapses in the registration and issuance of the Ghana Card in the Adentan municipality on Ghana post.

According to the NIA, Ghana Post did not adequately teach the general public how to generate the digital address which is a requirement for the acquisition of the Ghana Card.

Executive Secretary of the NIA, Dr. Ken Atafuah, told Citi News they will begin a campaign to inform registrants about the need to generate their digital address.

“The initial understanding was that NIA will be ahead of us to create awareness and help people acquire the digital addresses. From our last review, it was clear that has not been exactly the case as expected. We are going to retool that arrangement and make sure that people generate their digital addresses.”

The National Identification Authority (NIA), on Monday, started a mass registration and issuance of the national identification cards also known as Ghana Card.

The exercise began at Adentan in Accra after several complaints from the public about the NIA’s delay with the process which started in June 2018.

From June 2018, selected institutions and state agencies including the Parliament of Ghana, the Presidency and the Judiciary Service were registered and issued with the card.

The NIA has so far issued over 80,000 cards within the last four months, mostly to workers of the state institutions.

The Director of Public Affairs at the NIA, Francis Palmdeti, last week told Citi News that the mass registration has delayed because of insufficient Commissioners of Oath.

He added that more Commissioners of Oath are being brought on board to fast-track the process.

“Our requirement mandates that…when you don’t have the necessary documents, you should have a relative who has already registered to vouch for you under oath or two people who know you and can attest to the fact that you do not have the documents must also vouch for you under oath. We realized that the Commissioners for Oath available were not adequate for our work…Because we will be deploying a lot of our people across the country and the numbers that we will be deploying, we will need a commissioner of oath to be at all the centers.”