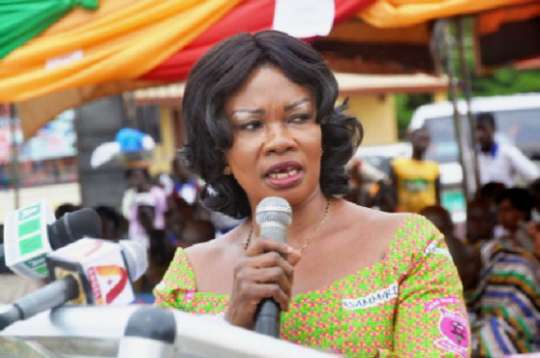 The Ashanti Regional Directorate of the Ghana Education Service, GES, has vowed to severely punish teachers found who engage in any form of sexual abuse in schools.

There have been cases of sexual abuse involving some teachers at the Ejisuman, St. Louis and the Kumasi Girls Senior High Schools, as well as the Obuasi Senior High and Technical School.

[contextly_sidebar id=”hxhY0JD9xmXIEiFfCihTIavswWGPWCGA”]An assistant Headteacher of the Kumasi High School was recently accused of engaging in acts of sodomy with some students, and he has been suspended pending an investigation into the matter.

Speaking at a ceremony to inaugurate the Governing Board of the Akumadan Senior High School in the Offinso North District in the Ashanti Region, the Regional Director of the Ghana Education Service, Mary Owusu Achiaw, said they will do all in their power to protect the future of students.

“As I stand here today, the regional disciplinary committee is sitting on about three or four cases involving teachers assaulting students sexually, hence I want to caution my teachers especially the male ones, that any such attempt, even if it is an attempt, and it is brought to our attention, you would be sanctioned, and the attempt itself attracts termination of appointment,” she said.

Last week Friday, the Ghana Education Service (GES)  dismissed Mr. Robert Seppey, a basic school headteacher who was captured in a leaked video that went viral in January 2018, having sex with a 19-year old student.

Mr. Seppey, who was the headteacher at Adumanu D/A Basic School in the Asikuma Odoben Brakwa District in the Central Region, was dismissed alongside nine (9) other teachers found to have engaged in various forms sexual misconduct and stealing.

In January 2018, the video of the headteacher engaged in the sexual act went viral on social media, with many creating a new craze out of it, known as the kitchen stool challenge.

Mr. Sepey allegedly recorded the video himself,  and went into hiding after the incident that generated public attention and dominated social media platforms as well as the traditional media.

He was subsequently suspended in absentia as the headmaster of Breman Adumanu D/A Basic School and several appeals by the GES for him to return proved futile until he returned later to face a committee that was investigating the matter.