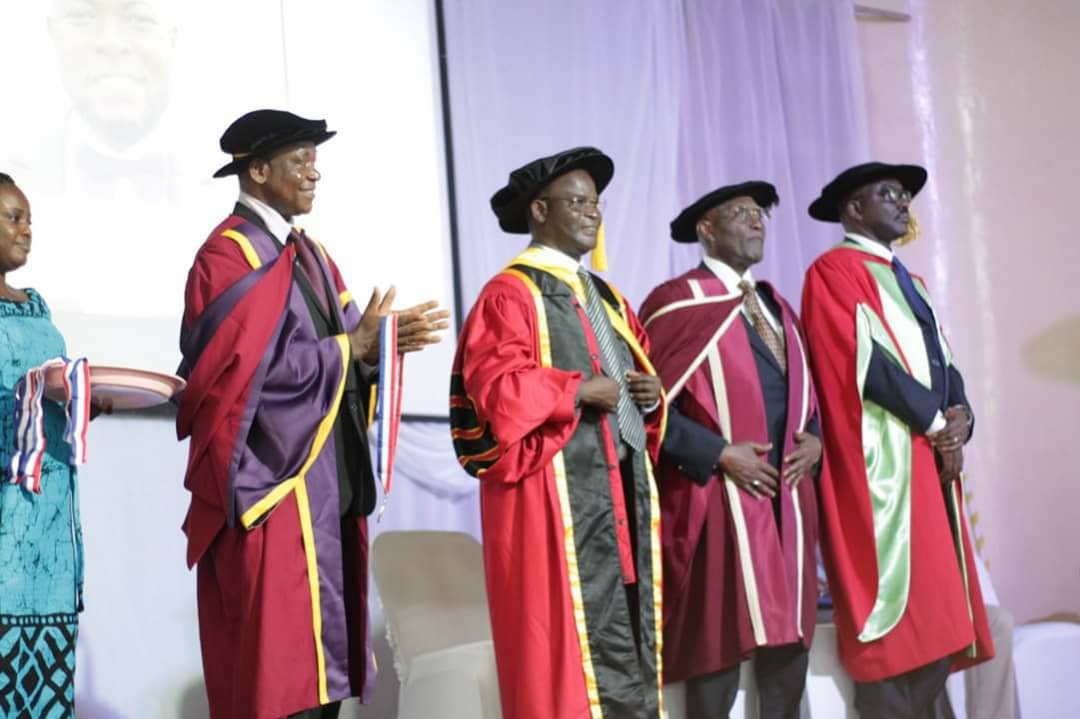 The Accra Institute of Technology (AIT), a leading technology-focused private university graduated its fifth batch of seven PhDs during the University’s 13th Graduation Ceremony held in Accra over the weekend.

This brings the total number of PhDs graduated at AIT since 2016 to Twenty-Seven (27) in the fields of Engineering, Business Administration, Education and Information Technology.

[contextly_sidebar id=”aJCwzvoA5jIZzKpWmjCUTRgGNewFifqc”]In a statement released by the University, it said this achievement marks not only an AIT history, but also a history in the annals of private university education in this country.

In his speech to the congregation, which also saw the graduation of Bachelor’s, and Master’s degree holders, Professor Clement Dzidonu,the President of the University, observed that this major achievement of a university which is less than ten years old makes AIT the first private university in Ghana to successfully offer, run and graduate students on an internationally benchmarked Doctor of Philosophy (PhD) degree program.

According to him, this is no small achievement if put within the context of the fact that the PhD per capita of Ghana is just 2.72 per million population.

He noted that given the fact that over 250 PhD students are now enrolled at AIT, the university has become one of the leading postgraduate research institutions on the continent.

“AIT will be graduating more PhDs in Business Administration, Engineering, and Information Technology before the close of the year” he assured the congregation.

Professor Edward Ayensu, the Chairman of the AIT Board of Trustees in his address to the congregation, announced the election of Professor Otoo Ellis, the former Vice Chancellor of the Kwame Nkrumah University of Science and Technology (KNUST) to the Board.

“With this new member, the AIT Board of Trustees, now boasts of five former Vice Chancellors of World-Class universities; and there is no doubt that AIT has the most high-powered and academically distinguished University Board on the African continent” he observed.

AIT is accredited by the National Accreditation Board (NAB), to offer both campus-based and Open University undergraduate and postgraduate programs.

The University for the 4th Year running won the 2-18 Best Technology University in Ghana Award, instituted and awarded by the Ghana Tertiary Awards. This came at the heels of the Best in Technology-Focused University 2018-Ghana Award by Global Business Insight of the United Kingdom.
–
Source:Accra Institute of Technology