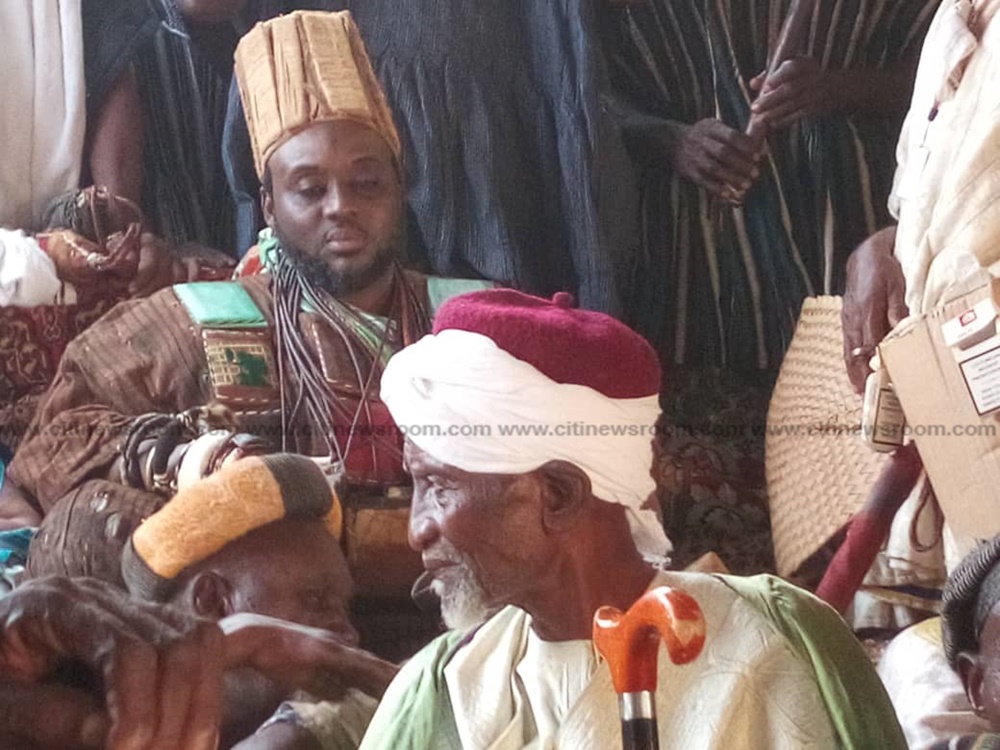 A new regent of Dagbon has been temporarily installed.

The installation comes after the protracted conflicts between Andani and Abudu royal families of the town.

It is also part of moves to restore peace in the area as decided after an executive order by President Akufo-Addo through the Asantehene, Otumfuo Osei Tutu II, and the Committee of Eminent Chiefs who led the mediation process.

Bolin Lana Abdulai Mahamadu was born in 1974, the year his father was deskinned, and became the regent at age 14. He has four wives. 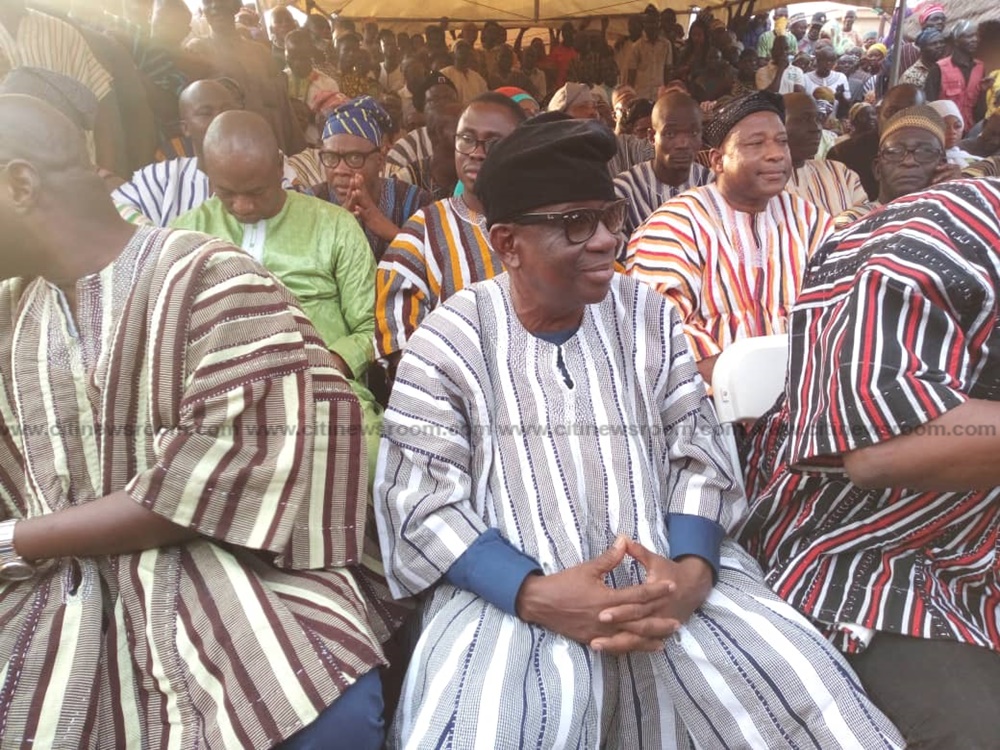 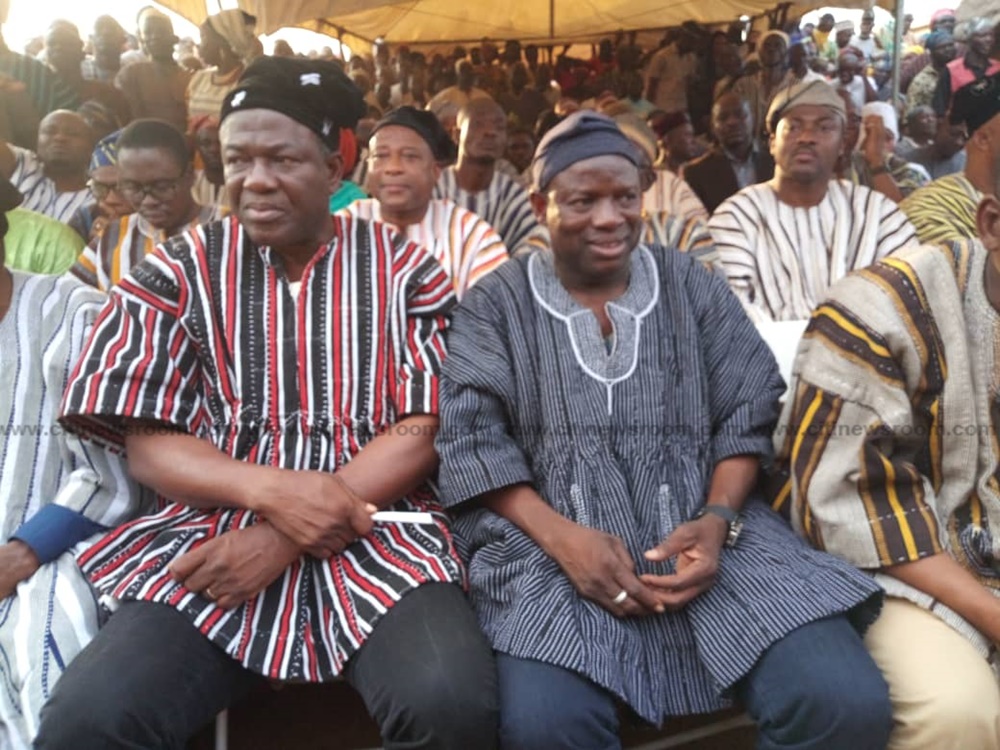 On his part, Kampakoya Naa  Abdulai Yakubu Andani urged the residents to be circumspect in chieftaincy matters

He said he will make it a point that chieftaincy issues are handled in accordance with the customs and tradition of Dagbon.

The performance of the final funeral rites of the late overlord of Dagbon, Yaa Naa Mahamud Abdulai IV, began on Thursday evening at the Old Gbewaa Palace in Yendi.

Per the road-map, Yaa Naa Abdulai’s funeral will be performed from 14th to 28th December.

The funeral rites of Yaa Naa Yakubu Andani II will follow from the 4th to 19th January 2019.

It was resolved that the funerals of the two late overlords of Dagbon  Yaa Naa Mahamadu Abdulai IV  Yaa-Naa    Yakubu Andani II should be performed in the old Gbewaa Palace in Yendi.

The commencement of the funeral was symbolically marked by the playing of drums and firing of gunshots last night when the Regent entered the palace.

There were cheers when the Abudu royal family officially entered Naa Gbewa palace to mark the beginning of the funeral after its keys were handed over to the family.

Secretary to the Abudu Royal family, Idrissu Alhassan, told Citi News “This night is the night for the formal announcement of the funeral so that symbolic relic representing the deceased’s soul has been brought in… that formal announcement, even though it was done, has to be repeated then the other processes of ceremonies will continue.”

The old Gbewaa palace has finally been handed over to the Abudu royal family temporarily to pave way for the final funeral rites of the late overlord of Dagbon, Yaa Naa Mahamadu Abdulai IV.

The family is occupying the palace for a fortnight as part of the final road-mad adopted by the Committee of Eminent Kings who mediated the long chieftaincy dispute between the Abudus and Andanis in Dagbon.

Ahead of the rites, the Regional Security Council got the Abudus to sign an undertaking that they will vacate the renovated palace after the rites.

Signing the document on behalf of the family, the Regent of Nanton, Alhaji Issahaka Sule, pledged that the Abudus will abide by all the rules governing the road-map.

There is also heavy police presence in Yendi as the police and military personnel have assured of maximum security throughout the period of the final funeral rites of the two overlords.

The Nanton Regent also urged security agencies to help the Abudus keep the peace in what has been a troubled region for over a decade.

“We would wish that there shouldn’t be any obstacles. There shouldn’t be anything that will distrubt the movements so we are appealing to the regional minister and the security agencies to look at all risks and sensure that nobody will say the Abudus do not like peace.”

Make provisions for your new minimum capital – Association to members