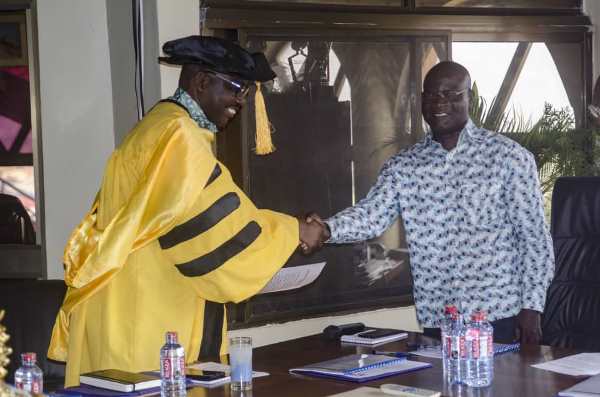 The Board of Trustees of the Accra Institute of Technology (AIT) at its 15th Meeting held at the Seaview Campus in Accra, duly elected and swore-in Professor William Otto Ellis as its new member.

Professor Otto Ellis who is a world renowned scientist is a former Vice Chancellor of the Kwame Nkrumah University of Science and Technology (KNUST).

The membership of the prestigious AIT Board of Trustees is made up of distinguished personalities and world leaders in their respective fields. 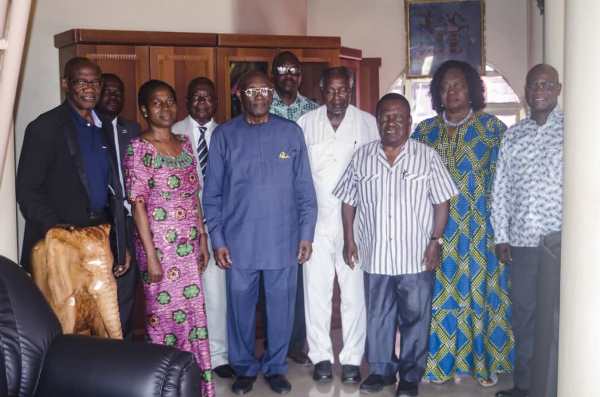 Professor Otto Ellis’s election to the Board now brings the number of former Vice Chancellors serving on the AIT Board of Trustees to five.

Accra Institute of Technology (AIT) [www.ait.edu.gh], ranked the leading private university in Ghana by Ghana Tertiary Awards in 2018, is an independent technology-focused university committed to academic excellence and cutting-edge scientific and industrial research and R&D work.

AIT is accredited by the National Accreditation Board (NAB) to offer both campus-based and open university undergraduate and postgraduate programs.

The Accra Institute of Technology (AIT) recently graduated its fifth batch of seven PhDs during the University’s 13th Graduation Ceremony held in Accra.

This brings the total number of PhDs graduated at AIT since 2016 to Twenty-Seven (27) in the fields of Engineering, Business Administration, Education and Information Technology.