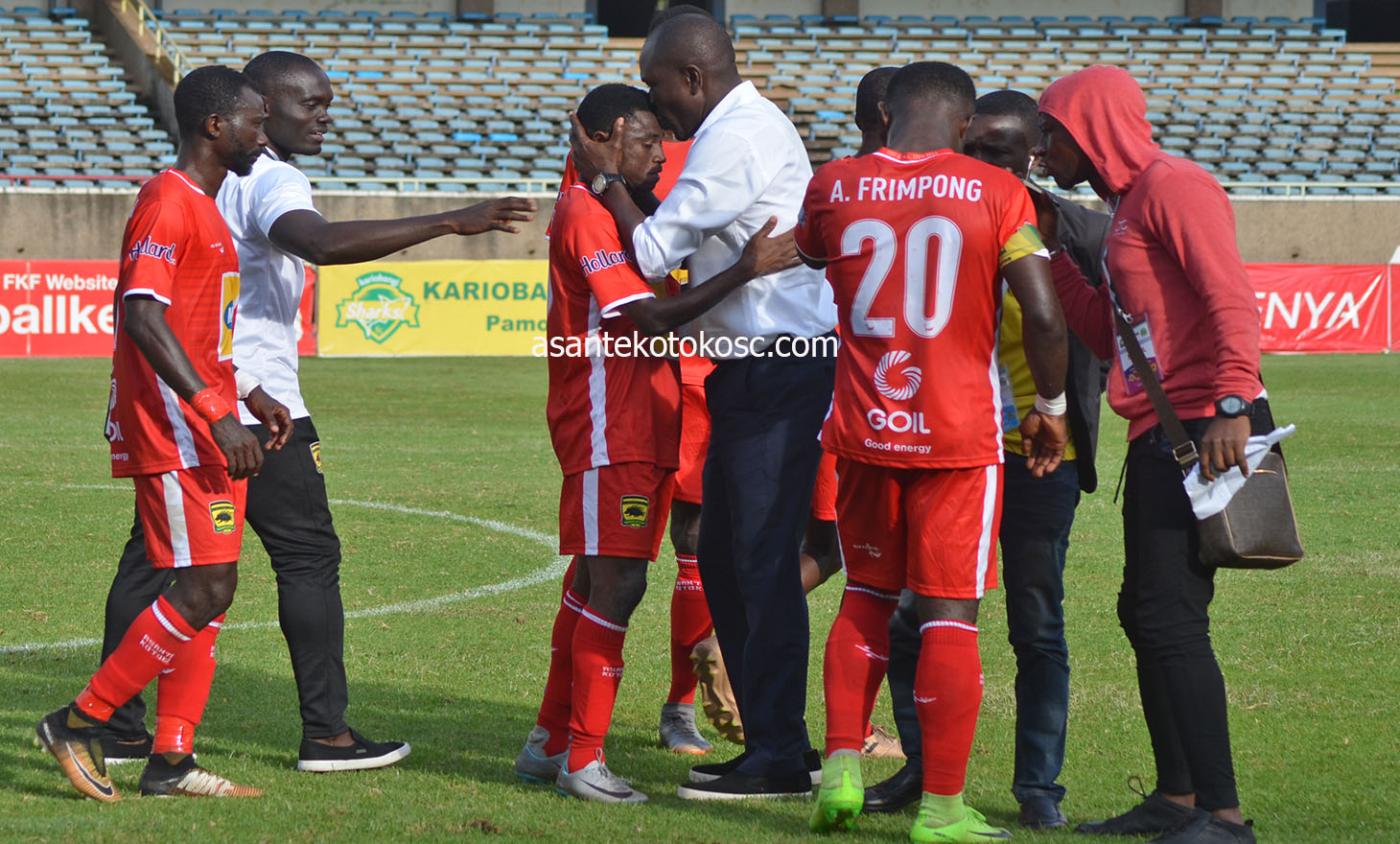 Coach Charles Kwablan Akonnor is happy Asante Kotoko drew against Kariobangi Sharks in Kenya but says he is not complacent because the tie is far from settled.

Though satisfied with the result on Saturday, the coach stressed he will not relax until his side qualifies in the return fixture in Kumasi this Saturday.

“I don’t want to be too selfish. This was an away match. We have to go back home, do a bit of homework and find a method to win the second leg.”

“We are not going to relax”, stressed Akonnor. “The target is to qualify for the next stage and we are going to work hard to achieve that.”

Kariobangi Sharks qualified for this round with a 9-2 goal aggregate win over Djibouti’s Alter Solar, and though Akonnor admits that they are a solid side, the coach insists he knows how to eliminate them.

“The last time they played here, it was a 6-1 win. It’s a team that has known each other for a long time. Tactically, we were disciplined. They played to their strength. What they did today was all they could give because we also made it difficult for them. I know what to do win in Ghana.”