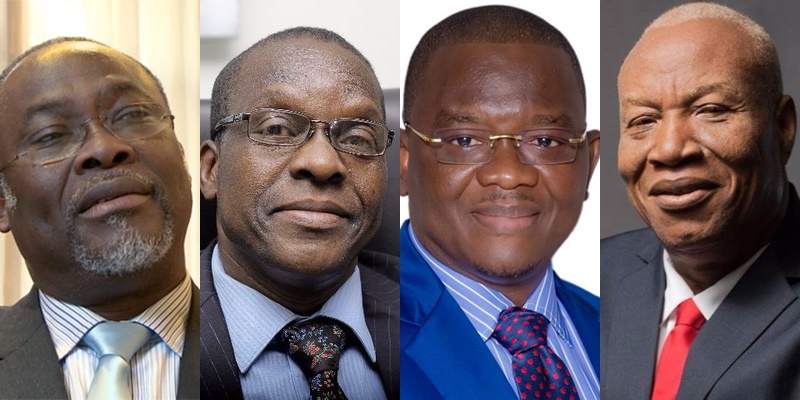 Nine aspirants eyeing the National Democratic Congress (NDC) flagbearer position have petitioned the party’s Council of Elders over the GHc20,000 and GHc 400,000 costs respectively for nomination forms and filing fees.

[contextly_sidebar id=”oMtflk4smImtgSI3joRG8AKpoZuiMOeY”]Having sighted a party document on guidelines for the conduct of the election, the seven, who form the majority of aspirants for the position, feel the party’s plans ahead of the election are “inimical to the interests of the NDC.”

This is despite the NDC’s General Secretary, Johnson Asiedu Nketia, saying the fees were moderate.

The filing fees in particular prompted the petition which is in accordance with Article 24(4)(a) of the NDC Constitution, which they contend is to “prevent irreparable harm to the Party.”

Among other concerns, they say the NEC has not met the procedural requirements set out in Article 42(1)(f) of the Party Constitution for publishing Electoral Guidelines, and generally has not met standards of stakeholder consultation acceptable in a social democratic party.”

They also argued that in publishing the Guidelines, NEC has “exceeded the authority vested in it by Article 42(1)(f) of the constitution, to wit imposed eligibility criteria not provided for in the Party Constitution.”

On the matter of the filing fees for candidates, they say the figure is “unreasonable” and that calls into question “our basic commitments as social democrats.”

They also want an endorsement period of 6 weeks; and a polling date shifted back to the first week of March 2019.

They are also urging the Council of Elders to “demand that the Party Chairman, General Secretary and any other members of NEC or the Party Secretariat that have demonstrated bias in favour of a particular candidate recuse themselves from the Primaries process forthwith.”

This comes at a time when some NDC members who’re in support of former President John Mahama’s comeback bid, have launched a campaign to raise funds for him to make payment.

There are suggestions that the party may have pegged the fee at such high amount as a strategy to trim down the number og contestants and make things easier for Mr. Mahama.

So far, the Mahama camp has not sided with arguments that the amount is too high, although prior to the 2016 elections, the filing fee was just Ghc50, 000.

The full petition can be viewed here.