Ballots for new regions referendum out 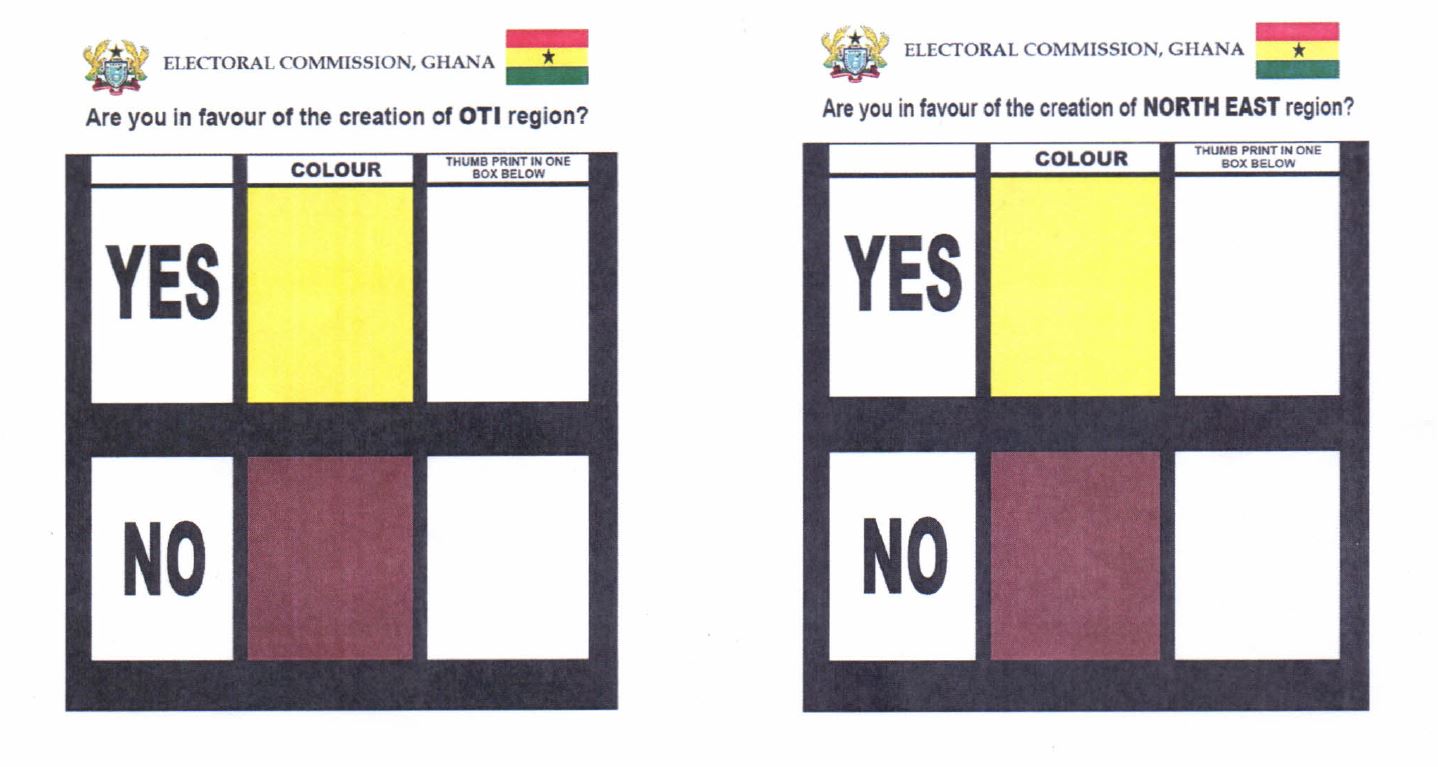 The Electoral Commission (EC), has revealed the colours for the ballots for the December 27 referendum for the creation of new regions.

The official colours that represent the issues to be determined are yellow for ‘yes’ and Brown for ‘no'” a statement from the EC noted.

For the creation of a region to take effect, there will have to be at least a 50 percent voter turnout and  80 percent of the ballots cast must be a ‘yes’. 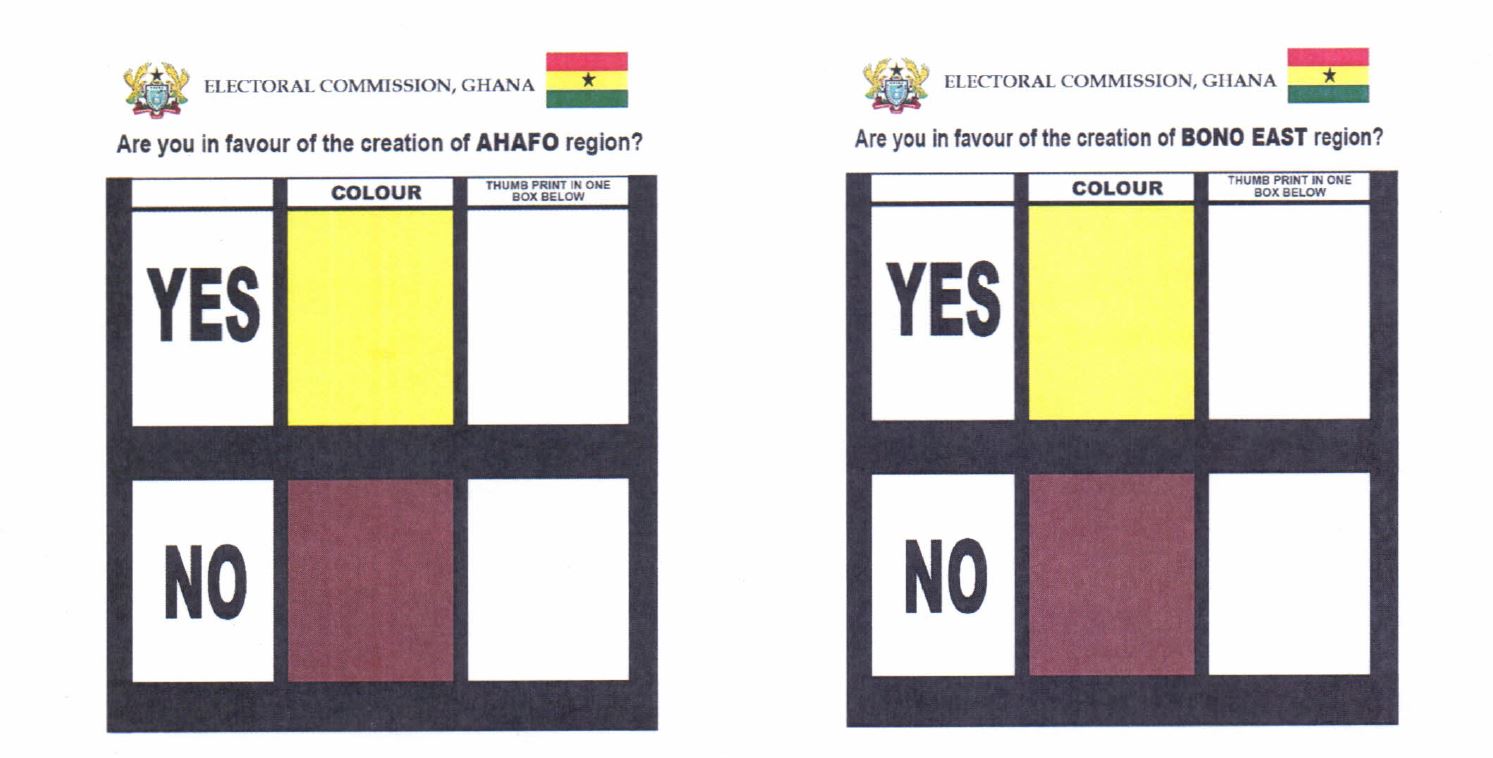 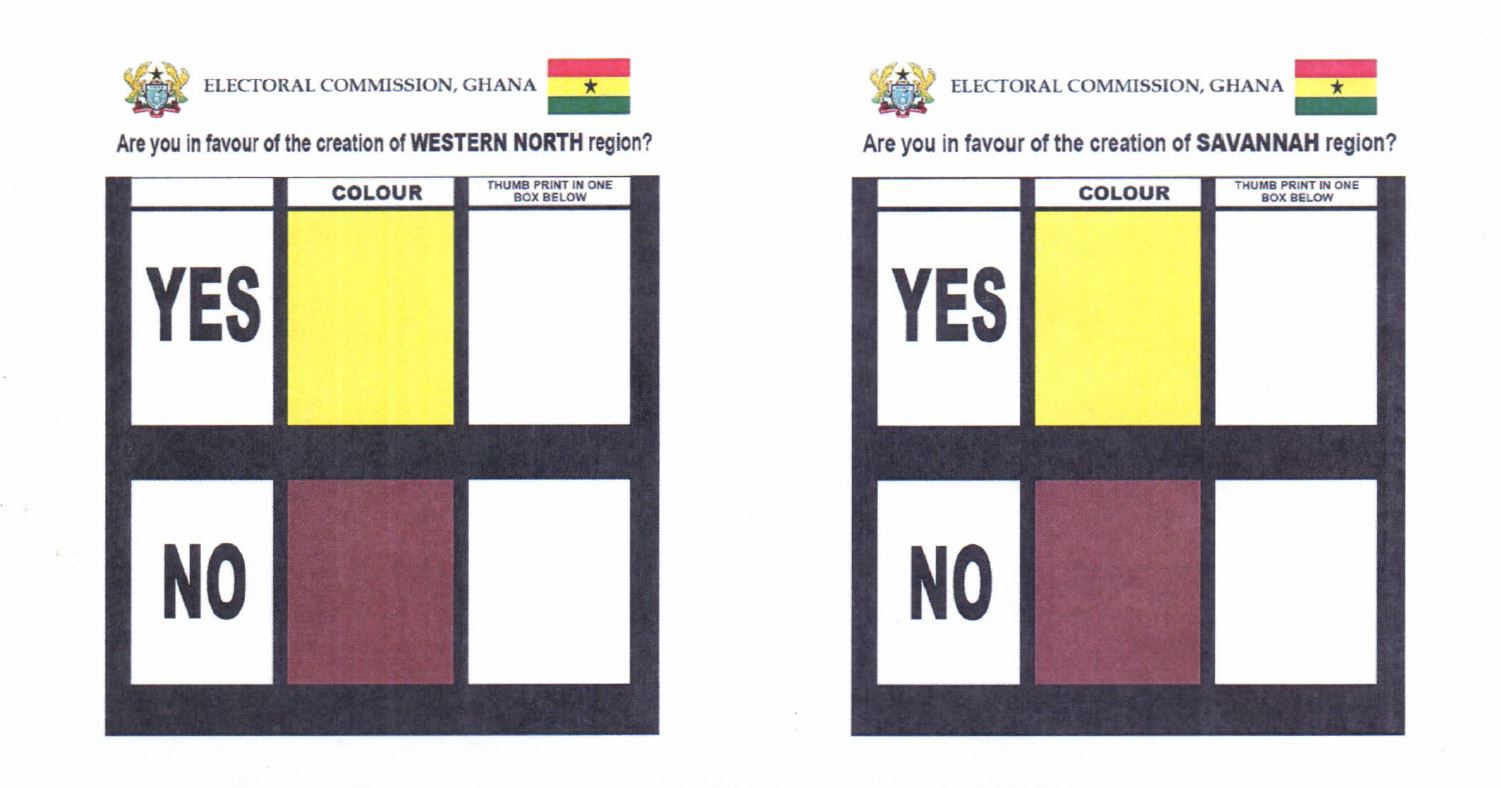 The Electoral Commission has already held a limited voter registration in areas the new regions will cover.

This was after the process was given the green light by the Justice Brobbey Commission, which was set up to look into the requests for the creation of new regions.

‘Developers, politicians have conspired to take over our lands’ – CSIR