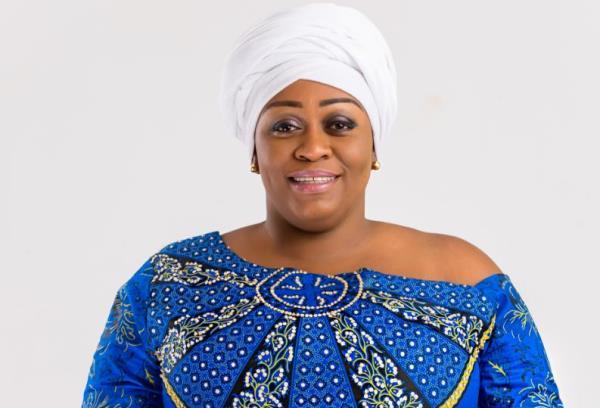 A Deputy National Communications Director of the governing New Patriotic Party, NPP, has said Ghanaian Actor John Dumelo, cannot contest the Ayawaso West Wuogon seat in the Greater Accra Region because he has no vote in the constituency.

According to Mame Yaa Aboagye who’s also lacing her boots to contest the NPP’s primaries to vie for the seat, although Mr. Dumelo would be no match for the NPP in that constituency, they believe the right thing ought to be done.

She told citinewsroom.com that there is also no record that the actor, who’s a known supporter of the NDC as he massively campaigned for the party in 2016, has transferred his vote to the constituency.

“We have the register for the constituency and I know he is not a member of this constituency. When did he transfer his vote or registered here, the right thing must be done. His constituency is Hohoe, that’s where he votes” she said.

Asked whether the NPP was scared that John Dumelo’s popularity could give him an advantage to win the seat, she retorted “No, John Dumelo is one of the easiest candidates to beat in any election, and we are not focusing on him. We are only insisting that the right thing be done. Also, the NPP government has done so well that our votes will rather increase”.

Asked whether the party will take an action against Mr. Dumelo if he goes through the NDC primaries to emerge a candidate despite their claim that he’s not eligible, she reiterated that “he is not our focus, but when it becomes necessary to take any action, we will.”

Mame Yaa Aboagye, who’s also a Polling Station Organizer in the Constituency where she has lived and worked for nearly 20 years, could not confirm when the NPP will hold its primaries for the by-election.

“I can’t confirm, but I know whatever the executives are doing is in the best interest of the party. I am ready to carry myself through the process” she noted.
Dumelo picks form to contest Ayawaso West Wuogon NDC parliamentary primaries.

According to the NDC, five persons including the Ghanaian actor, John Dumelo and the 2016 parliamentary candidate for the constituency, Delali Kwasi Brempong, have picked up nomination forms to contest in the by-election.

Speaking to Citi News’ Fred Djabanor, the Chairman of the National Democratic Congress [NDC] in the Ayawaso Constituency, Bismarck Aborbi Aryeetey,said the party will work hard to win the seat.

The deadline for filing of nomination forms is Friday, December 21, 2018, whereas vetting will come off on Saturday, December 22, 2018.

Who qualifies to contest as MP?

The constitution states that a person shall not be qualified to be a candidate for the office of member of Parliament unless he is resident in the constituency for which he stands as a candidate for election to Parliament or has resided there, for a total period of not less than five years out of the ten years immediately preceding the election for which he stands or he hails from that constituency.

Meanwhile, there seems to be disagreement within the Ayawaso West Wuogon constituencybranch of the New Patriotic Party (NPP) over who to replace the deceased legislator.

Earlier this month, two groups of people from within the party launched vigorous campaigns for two of Mr. Agyarko’s wives to contest.

The by-election has been necessitated by the death of the NPP MP, Emmanuel Kyeremanten Agyarko.

Emmanuel Agyarko passed away on Wednesday, November 21 in the United States where he was flown to by his family for medical care.

As a member of the governing New Patriotic Party (NPP), Mr. Agarko had been the MP for the Ayawaso West Wuogon Constituency since 2012, after he replaced the current Chief of Staff, Frema Opare as MP for the area.

A pharmacist by profession, he was once the Chief Executive of the Food and Drugs Authority, during President Kufuor time in office.