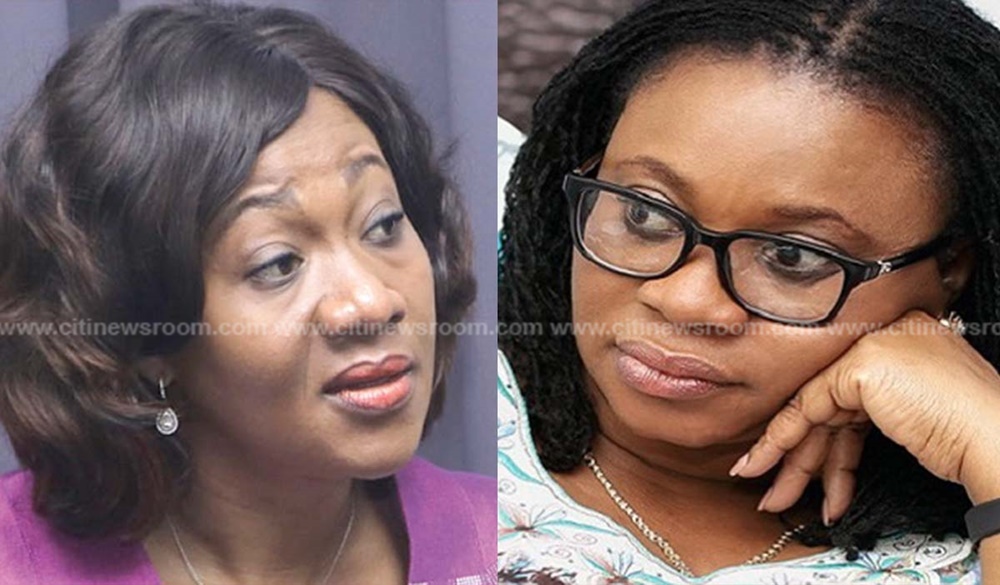 The original logo of Ghana’s Electoral Commission (EC), has been restored together with the Commission’s core values of Integrity, Fairness and Accountability.

The use and replacement of the logo couched just like Ghana’s Coat of Arms, takes effective from today Tuesday, December 4, 2018.

Prior to the 2016 general elections, the Electoral Commission under the leadership of former EC boss, Charlotte Osei, changed the age-old logo due to what she said was part of a five-year strategic plan to re-brand the Commission.

But, the new multi-coloured logo she introduced amidst the controversies that characterized the change, has been discarded and can no longer be used for any official purposes by the EC.

A memo issued by the new Chairperson of the EC, Jean Mensa, and sighted by citinewsroom.com said “effect from today, the 4th of December, 2018, the original logo of the Electoral Commission which nears the Coats of Arms and has a ballot box showing the hand casting its vote has been restored.”

The EC added that the most recent logo is removed from the buildings and properties of the Commission pending the replacement of the old logo.

When the Charlotte Osei led Commission officially unveiled a new logo in place of EC’s original logo, it generated a lot of debate amongst the public with some suggesting that the Commission had no business altering a logo which was not a priority ahead of election 2016.

While others criticized the logo as not being original, others said it was of poor quality and did not communicate the functions of the Commission.

The then President John Mahama, waded into the debate and suggested that the controversy over the logo was needless.

We like our new logo; it makes us happy – Charlotte Osei

At the time, the immediate past Chairperson of the EC, Charlotte Osei, said the Commission maintained its controversial new logo because it reminded the Commission of the values needed for its work.

She said the new identity embodied the vision of the EC.

“This is our new logo. We like it. We picked it. It makes us happy and it reminds us of all the values that we want to bring into our work and where we are going as a commission.”

Madam Osei further explained that the decision to move away from the old logo which featured the Coat of Arms and a ballot box, was to separate them from the authority of the state.

She also stated that the mandate of the EC spanned beyond the ballot box.

President Akufo-Addo in June 2018, removed the Chairperson of the Electoral Commission, Charlotte Osei and her two deputies, Amadu Sulley and Georgina Opoku Amankwaa from office.

This was after a committee set up by the Chief Justice, Justice Sophia Akuffo, pursuant to Article 146(4) of the Constitution, to investigate separate complaints brought against the three persons by Ghanaian citizens, recommended their removal from office.

The Committee recommended their removal on the basis of stated misbehavior and incompetence, pursuant to Article 146 (1) of the Constitution.

Spio, Goosie Tanoh and 3 others fail to pick forms as NDC closes nomination