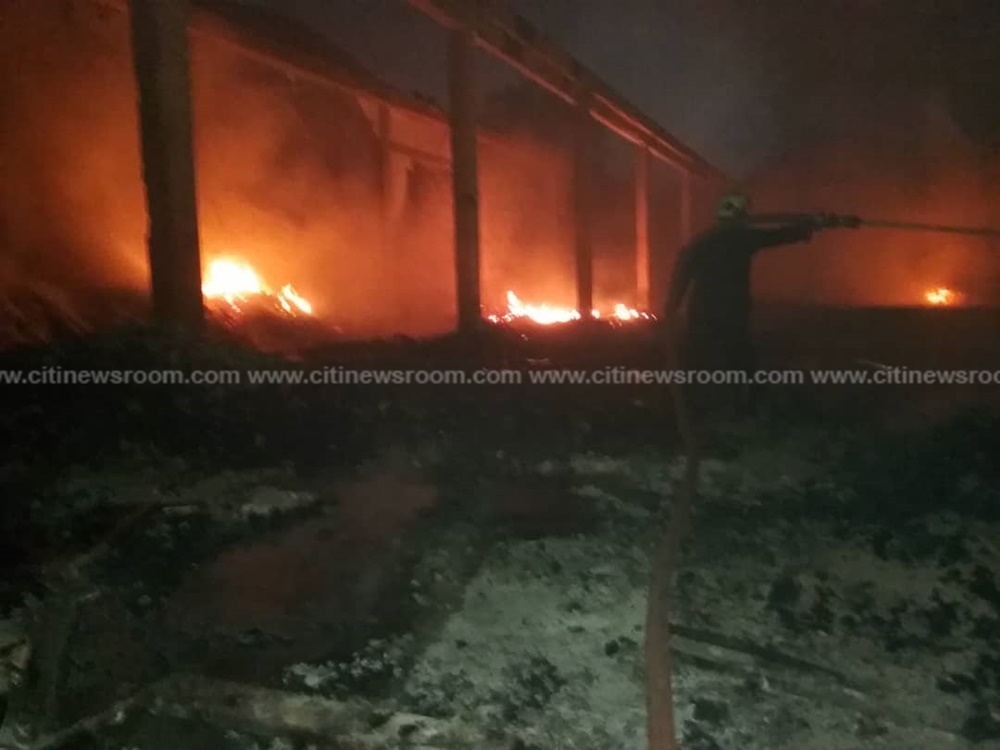 Fire has razed one of the main warehouses of Multipro Private Limited, producers of Indomie instant noodles in Tema.

It took nearly 20 hours to completely douse the fire which started in the early hours of Sunday.

According to a security guard at the facility, the fire started at about 12:20am on Sunday in one of the warehouses  where the noodles are kept.

“At about 12:20 am thereabout, some of my colleagues started raising alarm that the other side of the warehouse was on fire so we all gathered to try to put it off through our personal effort while we sent someone to call the fire service personnel. Though our efforts were unsuccessful, few minutes later the fire service team was there to help put the fire off. At that time it had become very severe”. 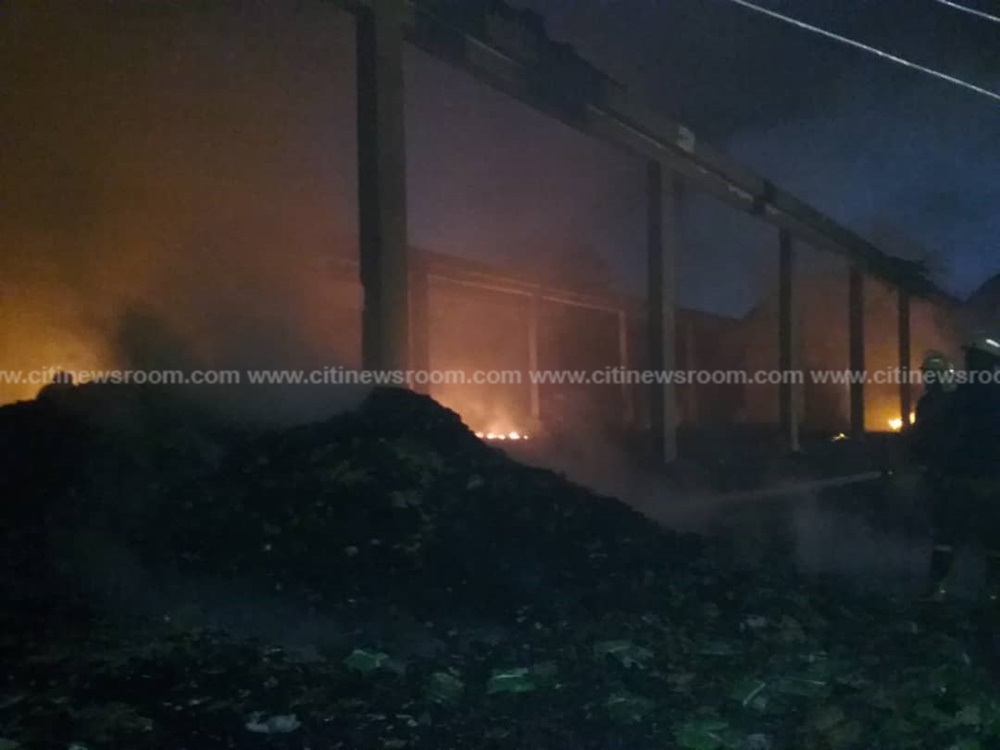 As of the time Citi News got to the scene on Sunday evening, there were scores of fire service personnel and five fire tenders at the scene working assiduously to completely put out the fire.

According  to the Tema Regional Fire Commander, Assistant Fire Officer Ms.Francess Rockson, “the Service had a running call at around 00:59 informing us about a fire  at the Indomie warehouse so our men quickly mobilized and got to the scene at around 1:00 am”.

She emphasized that the intensity of the fire was so huge that they had to mobilize as many as nine fire tenders from Ashaiman, Devetraco, Gbetsile, Afienya, Akatamanso, Industrial area and a few more available fire tenders to help put out the inferno. 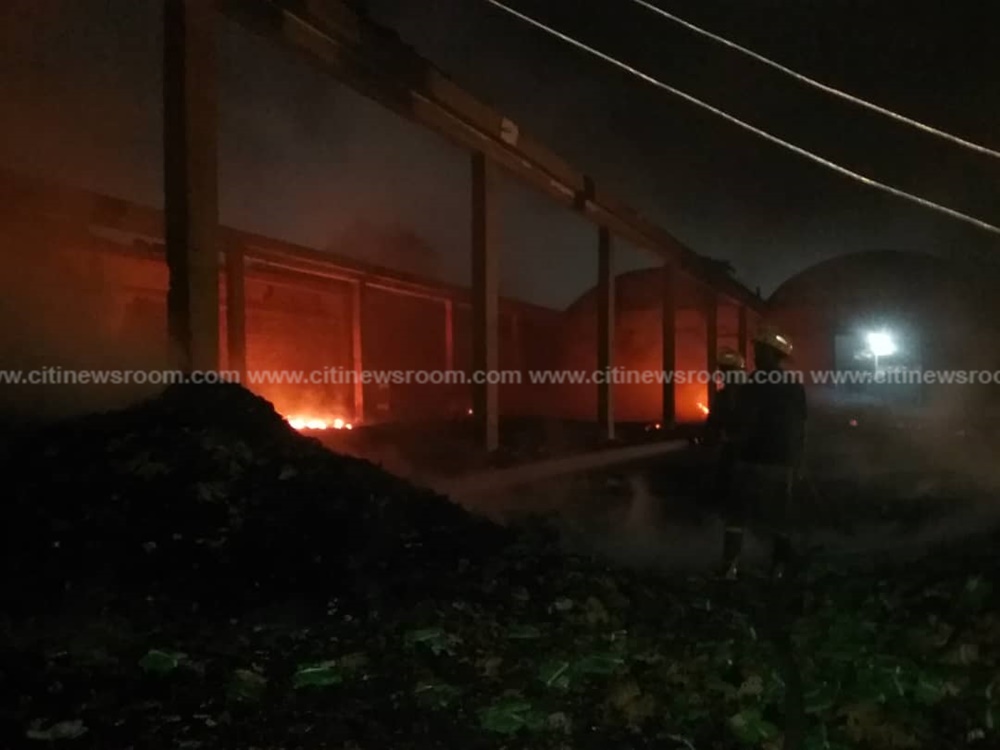 “We brought in nine fire appliances, and each has seven men so in all we had about forty men doing the job to quench the fire.”

The cause of the fire is still unknown as investigations  have started into it.

Indomie, human hair and carpets were the main products at the warehouse when the fire started.

More than 90 percent of the items in the warehouse were totally destroyed.

Meanwhile, the management of Multi Pro Limited in a statement signed by Madam Millicent Sampah-Adjei, said;

“The fire destroyed a huge number of Indomie cartons. The warehouse, located in the Tema Industrial Area went up in flames in the early hours of Sunday. It took the huge effort of the Ghana Fire Service to battle the fire and bring it under control. The Fire Service also succeeded to prevent the fire from spreading to the adjoining buildings. The cause of the fire is not known yet. However, the Fire Service has commenced investigation to determine what led to the fire outbreak.” 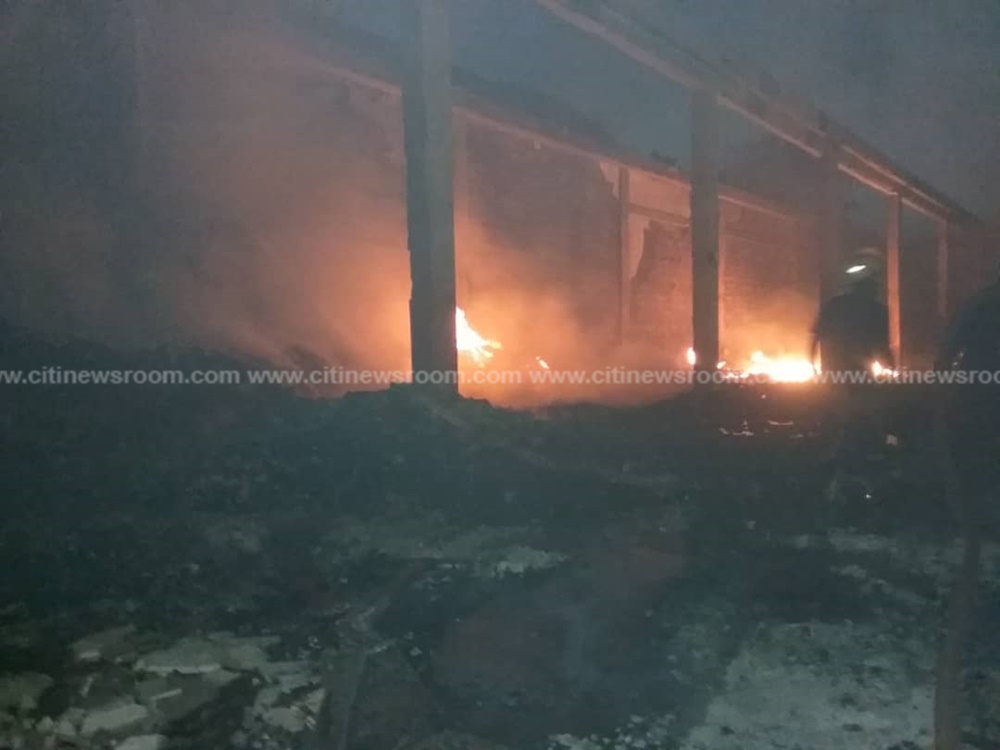 The statement added that, the management of Multipro Private Limited is working in tandem with the Ghana Fire Service to determine the cause of the fire.

Whiles the company is yet to estimate the cost of the damage, the Management of Multipro Private Ltd said they will work assiduously to ensure that the unfortunate accident does not gravely affect the availability of Indomie Instant noodles to customers, at this crucial time of the yuletide.

The statement further commended the Fire Service for their immediate action and response.