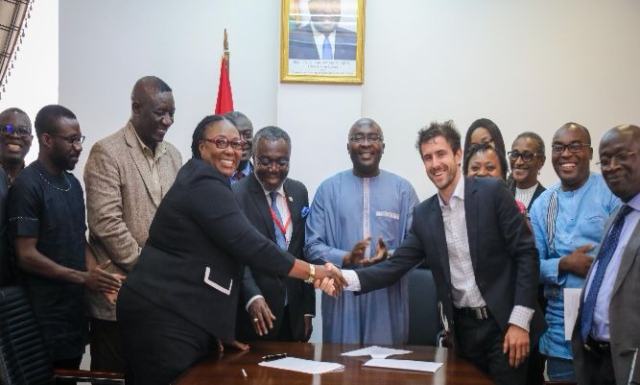 A $12 million contract for the design, installation and operation of Unmanned Aerial Vehicles (UAVs), otherwise known as drones, for the delivery of medicines and other medical supplies to health facilities across the country has been awarded to Silicon Valley-based logistics company, Zipline International Incorporated.

The contract has been awarded through sole-sourcing to Zipline following an approval from the Public Procurement Authority, whose November 16, 2018, correspondence to the Minister of Health and signed by the Chief Executive Officer (CEO) of the Authority, AB Adjei, stated, among other things, that “we also noted the rather strong argument put up by the Service Provider to justify their pricing; indicating that the price offered to the Ministry of Health is comparable to prices for similar operations in other jurisdictions.

The Board was of the view that the Ministry and its stakeholders had satisfied themselves that the cost of the project would obtain value for money to inure to the benefit of the state.

“In line with Section 40(1) (a) of Act 663 as amended, the Board grants approval to Ministry of Health to engage Messrs Zipline International Inc. for the design, installation and operation of unmanned area vehicles at a cost of $12,527,000 over a four-year period.”

The journey to the signing of the deal with the service provider started with a correspondence from Cabinet headlined, “Request For Approval To Use The Source Procurement Method For The Drone Delivery System By Zipline International For The Delivery Of Blood Supplies And Emergency Medical Supplies.”

After the memorandum was greenlit, the Minister of Health was directed to apply to the Public Procurement Authority for the necessary approval.

In line with due diligence regarding such important public transactions, especially as it is hinged on the sole sourcing method, the National Security Council Secretariat was tasked to do a background check on the service provider, the result from which was positive.

A portion of the report from the National Security Council Secretariat regarding the subject reads: “Checks confirmed that Zipline International Inc. USA is a Silicon Valley based Logistics Company that designs, manufactures and operates small robot airplanes (drones) to deliver medical products on demand in harsh terrains.

“It’s funded by some of the world’s leading venture capital firms, including Andreesen Horowitz, Sequoia Capital and Temasek Holdings.

In the light of the foregoing, the National Security Coordinator Joshua Kyeremeh concluded that “the Secretariat can confirm that Zipline International Inc is a credible entity and has the capability to deliver emergency medical products across Ghana.”

The Vice President, who has been championing the cause of facilitating a drone-driven medical service along the lines of Rwanda, has faced criticism from critics, particularly from the opposition NDC.

With the Public Procurement Authority and the National Security Council Secretariat giving bills of good health for the project and Zipline winning the contract, the critics can now sheath their swords.

Even more relieving is the information that some National Democratic Congress (NDC) and New Patriotic Party (NPP) MPs are scheduled to fly to Rwanda to catch a glimpse of the drones in action.