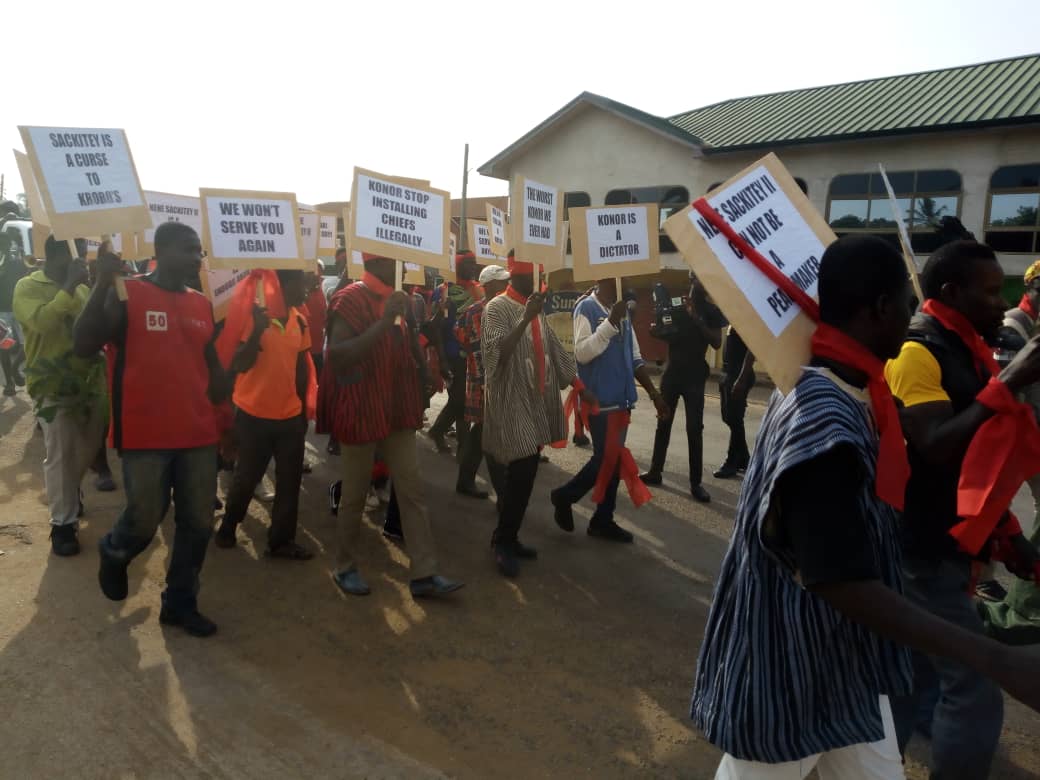 A group calling itself the Concerned Chiefs and Elders of Manya Krobo Traditional Area, has petitioned President Akufo-Addo to caution the Paramount chief of the area, Nene Sakite II, the Korno of Manya Krobo to stop engaging the services of land guards.

They want the chief to withdraw all land guards from area.

According to the group, the activities of the Paramount Chief is creating confusion and fueling long standing disputes in the area.

The group, which consists of 5 divisions in the Manya Krobo area, Dorm, Manya, Suisi, Piengua and Akwenor, numbering about 100 and clad in red and black apparel, staged a massive demonstration through Kpong, and went through Atua to Somanya before submitting a 20-point seven page petition to the Municipal Chief Executive Officer for the Lower Manya Municipal Assembly.

They want the Paramount Chief to be stopped from continuously creating confusion, and litigation over lands belonging to families as his stool lands.

Speaking to the media, the Chief of Suisu Bokwenya, Nene Sakino Nano I, accused the Paramount Chief of doing little to develop the area.

“Historically, Krobo land tenure system and ownership has not been vested in one central leader. It is for the families or clan and individuals’ land acquisition and demarcation have existed for centuries on the entire Krobo land. In the Dangme state as a whole, there is nothing like stool lands as it is in Akan speaking areas.”

“As a citizen, we thought that with him as Krono of Manya Krobo,and with his 30 years stay in the United States, we had hope in him that he would impact positively on our development as Krobos, but rather he has been an element of division, disappointment and retrogression within the Manya Krobo state.” 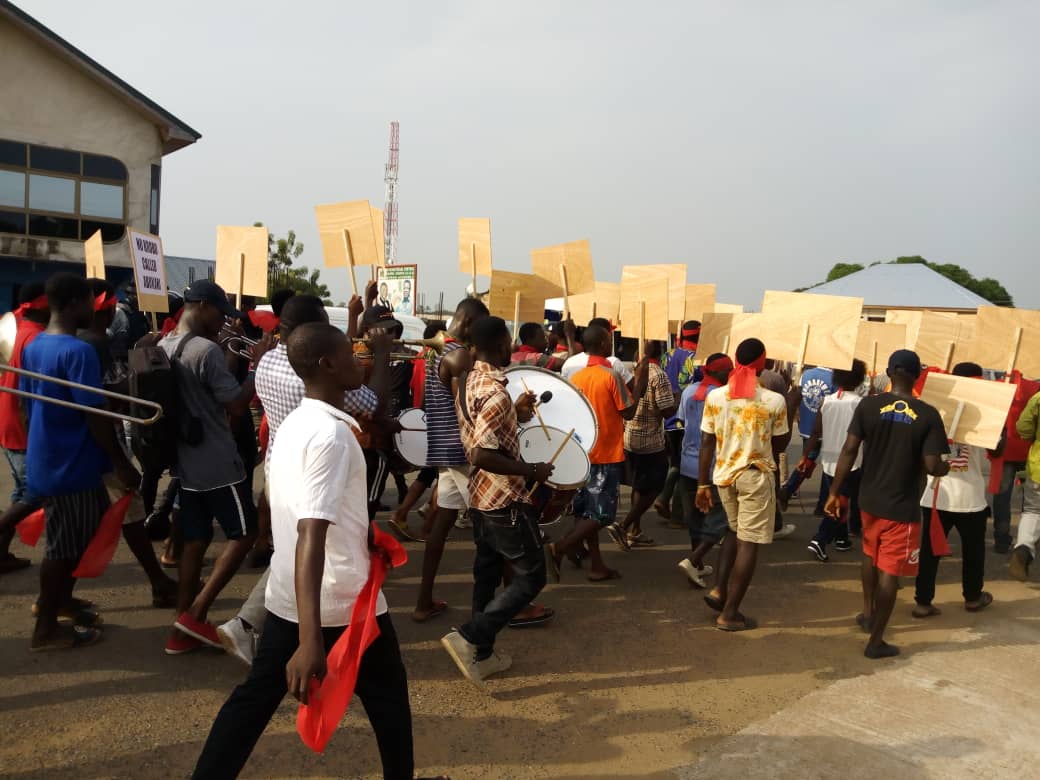 “Nene Sakite II has not demonstrated any leadership role for his subjects to emulate, his actions and inaction have created and fueled the long-standing chieftaincy disputes in Manya Krobo; therefore he is not and cannot be described as a unifier, so we are giving him 14-days to remove and withdraw all the land guards he has contracted and are currently camping on our lands or he will face the wrath of the people”.

The Public Relations Officer of the Manya Krobo Traditional Council, Nene Asadaho, who also briefed the media indicated that, none of the allegations leveled against the kronor is true.

“All their allegations are baseless, and the five division who are leading the demonstrations do not have any concrete evidence to back their claims. With issues on lands as stated by the group, the case is already in court, so I see no wisdom in the demonstration in relation to the land issues because since it’s in court, I believe they should allow the law and due processes to go on rather than making noise and lying to the people of Manya Krobo”.

” I must add that the council has taken note of their demonstration and the allegations leveled against the kronor and the council will respond to them at the right time”.