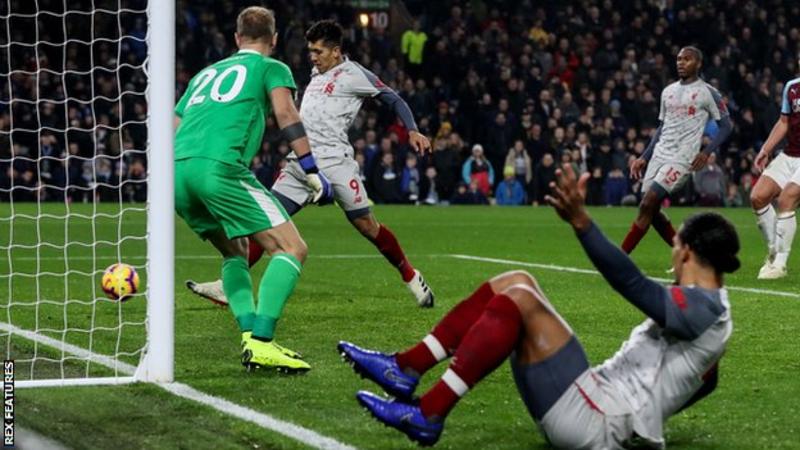 Liverpool remain unbeaten in the Premier League since 6 May (Image credit: Rex Features)

Substitute Roberto Firmino scored with his first touch as Liverpool came from behind to beat struggling Burnley and stay in touch with leaders Manchester City in the Premier League table.

Jack Cork gave the hosts a surprise lead after Alisson could not gather the ball following a corner but Jurgen Klopp’s side hit back with three goals.

James Milner equalised with a superb low finish from the edge of the box and Firmino, one of seven players left out from the side that started against Everton on Sunday, tapped home Virgil van Dijk’s athletic cutback.

Xherdan Shaqiri made sure of the win for Liverpool with a clinical counter-attack goal moments after Alisson had saved superbly from Ben Mee.

Liverpool are two points behind Pep Guardiola’s side after 15 games and have made the best start to a season in the club’s 126-year history.

They will go top of the table and put pressure on City on Saturday if they win at Bournemouth (12:30 GMT), with the leaders facing a difficult game at Chelsea at 17:30.