Nana Addo to be quizzed by journalists today 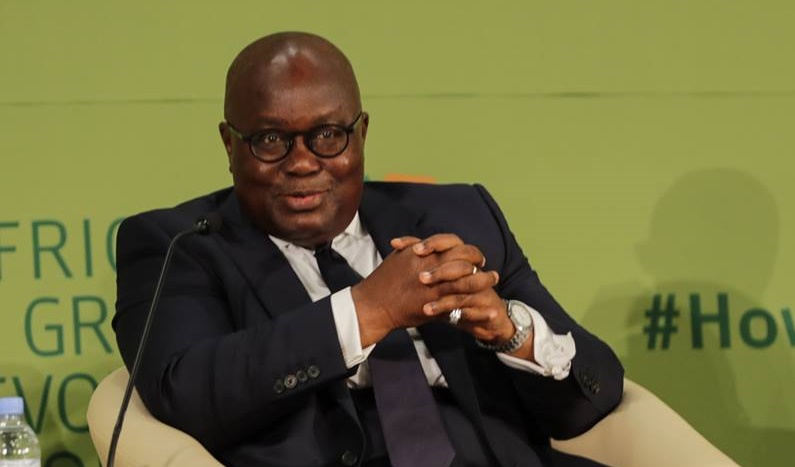 The President, Nana Addo Dankwa Akufo-Addo, will today [Wednesday], meet journalists at the seat of government, the Jubilee House, to interact with them and answer their questions concerning his administration.

The event, which will begin at 5:00pm, will give journalists the opportunity to quiz the President on controversial issues which have cropped up in his almost 2 years in office.

He is expected to answer questions on the progress of the government’s flagship programmes as well as queries on the current state of the economy.

This will be the third time a similar event has been scheduled at the Jubilee House within the New Patriotic Party (NPP) government.

A similar exercise was conducted in July 2017, and January 2018 where Nana Akufo-Addo promised to meet the journalists in the country every six months in the entire duration of his tenure as President.

Since the last interaction earlier this year, there has been many controversial developments within the government which the president has not directly provided clarity to.

Some of these include the removal of Energy Minister Boakye Agyarko from office and the banking crisis.

There has been a number of programs and projects launched by the government, yet without proper detail in the public domain.

It is expected that the president will provide clarity on such developments.

The GHc800,000 budgetary allocation for the creation of a website for the Special Development Ministry, and the “cash-for-seat” scandal in which the Trade Ministry was accused of extorting amounts of up to $100,000 from expatriates to enable them sit close to President Akufo-Addo at an awards ceremony, also courted public attention.

It is expected that the issue about job creation will also come up during the interaction as unemployment continues to be a major headache for many especially the youth in the country despite government’s assurance of creating thousands of employment.

The President has said that his administration laid the foundation for jobs in his first year in office, but with Vice President Dr. Mahamudu Bawumia recently acknowledging unemployment as a national security threat, the President is expected to be queried on the government’s attempts to address the situation.

‘NPP’s bad governance has made Mahama a god’ – Stephen Atubiga

We’ve not taken notice of injunction on presidential primaries – Otokunor

We've not taken notice of injunction on presidential primaries - Otokunor