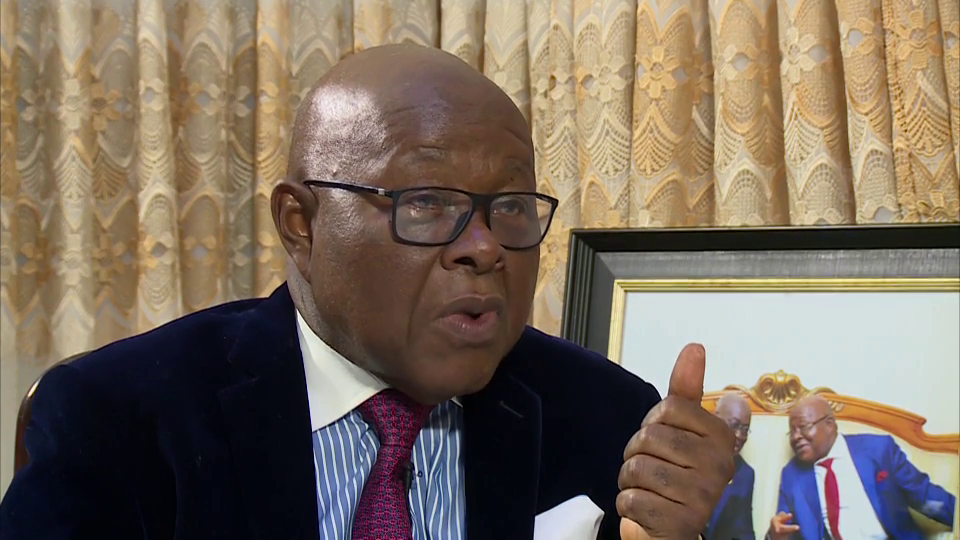 The Speaker of Parliament, Professor Mike Oquaye has urged support for clergymen leading efforts to raise funds for the National Cathedral project .

He made the appeal when the National Cathedral Council of Trustees paid a courtesy call on him at Parliament on Monday.

[contextly_sidebar id=”LbRYxAsPfrqMOrUD1jZqqnHC983EnSuE”]The meeting was ahead of the fundraiser for the construction of the National Cathedral on December 28.

Prof. Oquaye, who is also a reverend Minister, insisted that building of the cathedral was worthwhile, despite the backlash that has met it.

According to him, the edifice will be a central point for national cohesion that will help recognize the role of God in the affairs of the country.

“Let us all appreciate what the President has conceptualized and help these ladies and gentlemen and also men and women of God to achieve this.”

“We should symbolize what we practice, and I think that to have a national cathedral cannot be a bad idea at all and is worthy of every support.”

Meanwhile, the Chairman of the Fundraising Committee of the National Cathedral Project, Archbishop Nicholas Duncan-Williams, has revealed that over 1000 tickets have been sold for the upcoming fundraising event on the 28th of December.

Archbishop Duncan-Williams told Citi News “we will keep raising money until the building is done.”

“So far we have sold a thousand tickets and there are demands for more ticket. So we had to print 100 extra tickets yesterday and we are not printing anymore.”

Still no clarity on cost

The cost of the cathedral is still a mystery to Ghanaians.

But a Former Deputy Minister of Communications, Felix Kwakye Ofosu, has alleged that the National Cathedral will cost the state about $100 million.

Contrary to earlier claims by the government that it was not going to spend tax payers’ money on the construction of the National Cathedral, it emerged during the presentation of the 2019 budget that the state will provide the seed money for the project.

It was initially thought that the Christian community and private individuals would fund the construction after the government provided 14-acres of public land for the project.

According to him, even though the 2019 budget statement captures the cathedral, relevant questions such as the value of the land being offered by the state for the construction, the amount that would be used to run the secretariat to oversee the construction, and the quantum of the said seed money to be given by the state have all not been answered.

Contributing to the 2019 budget debate, the Bolga East MP said “A number of critical questions may be asked at this point because the minister mentioned it and it is not contained in the budget. What is the value of the land to be provided by the state? I am aware that 21 townhouses that were built to house our judges are going to be demolished for purposes of the construction of this national cathedral.”

A member of the Convention People’s Party’s (CPP), James Kwabena Bomfeh, sued the government over the project, seeking the court’s intervention to halt the construction.

He argues that the state must remain secular and shy away from religious affairs.

The Supreme Court has set January 16, 2019, to deliver its judgment on this case.

A businessman, Jonathan Holm, has also gone to the Supreme Court to challenge the government’s decision to give out land and other forms of support for the building of a national cathedral.

He is seeking a declaration that the land designated by the President for the construction of the cathedral was compulsorily acquired under Section 3 of the Public Lands Ordinance of 1876 (Cap. 134) from the Osu Stool by virtue of Certificate of Title dated November 29, 1910 for residential purposes for public officers and has been used for the public purpose for which it was acquired and, therefore, the user cannot be changed to accommodate the national cathedral, which is not a public purpose or a project in the “public interest” within the meaning of Article 295 of the 1992 Constitution.