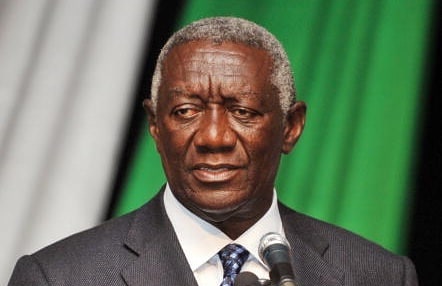 Former President John Kufuor has said security concerns must not be ignored amid the clamour for passage for the Right to Information (RTI) Bill.

“We must look at security and stability in working of the Bill,” he remarked at the Annual Leadership Series organised by the University of Professional Studies on Wednesday.

[contextly_sidebar id=”ZVi83lTKcWnx18Psa0Mpr5Krw0ZOcf8H”]Given the sensitive nature of the Bill, Mr. Kufuor intimated that it required more scrutiny to ensure there are no compromises.

“The real challenge is not government refusing to pass the bill. But the text of the Bill has not been revisited enough to offer guarantees to information that are of security and stability concerns to the integrity of the nation itself.”

“This Bill must be passed to achieve better governance, Yes. But it must not be at the cost of security and stability of the nation,” the former President stated.

The Right to Information is guaranteed by the country’s 1992 Constitution and recognized as a right under International Conventions on Human rights.

The RTI Bill was first drafted in 1999 under President Jerry John Rawlings.

The Bill, as it has been drafted, is to also give substance to Article 21 (1) (f) of the Constitution which states that, “All persons shall have the right to information subject to such qualifications and laws as are necessary for a democratic society.”

Successive governments have however failed to ensure its passage despite several assurances.

The latest assurance came from the Majority Leader, Osei Kyei-Mensah-Bonsu, who said parliament is working to ensure the passage of the Bill by the end of December 2018.

He noted that the house will try its best within the constraints of considering appropriations to pass the RTI Bill before it rises on Saturday 23rd December 2018 or in January 2019 if the December deadline fails.

We shall strive to pass the RTI before we end the session on Saturday the 23rd December, 2018. Failing which I would assure that we shall use the first two weeks of the next meeting to have the bill passed. I’m being very realistic.

On Wednesday, Parliament began considerations of the RTI Bill after leaving it for a while due to increased pressure from the media coalition.

The Standing Orders of the House, especially the ones concerning quorum, have been suspended to make way for speedy consideration.

With respect to quorum, observers have expressed concerns that some MPs may be frustrating attempts to pass the Bill.

RTI Media Coalition has said only 30 to 50 MPs are in the chamber anytime the RTI Bill is up for consideration.

Robot turns out to be man in suit