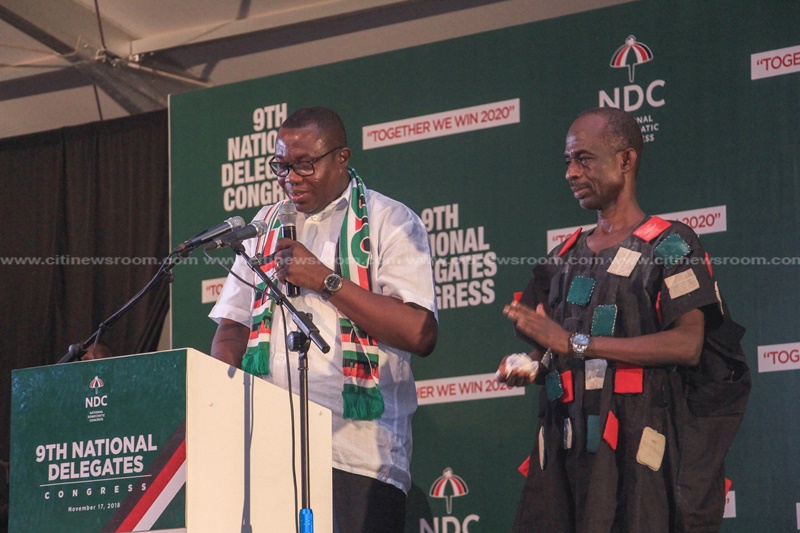 Some aggrieved aspirants in the National Democratic Congress (NDC) flagbearer race have boycotted the processes for the presidential primaries claiming they are unlawful.

In a petition, they accused some members of the party’s National Executive Committee (NEC) of bias and said they could not be trusted to ensure a free process.

“In these circumstances, we do not believe that the NEC can be trusted to administer the primaries fairly.  We have resolved not to proceed under the proposed unlawful guidelines. Accordingly, none of us will pick up nomination forms or otherwise comply with the unlawful guidelines until our petition is heard and the issues set out are fully resolved.”

Their petition implies that they fear there has been an overt bias towards the candidacy of former President John Mahama, who is viewed as the overwhelming favourite.

They urged the Council of Elders to “demand that the party Chairman, General Secretary, and any other members of NEC or the party secretariat that have demonstrated bias in favour of a particular candidate recuse themselves from the primaries process forthwith.”

In their petition to the NDC’s Council of Elders, they said “there is ample reason to believe that key players in NEC are biased in favour of a particular aspirant and are intervening unlawfully in the primaries campaign to achieve a favourable outcome for that candidate.”

They singled out the NDC Chairman and General Secretary, Samuel Ofosu Ampofo and Johnson Asiedu Nketia as having “made public statements to the effect that they prefer the same individual to lead the party into the 2020 elections.”

The aggrieved aspirants insist there was a deliberate effort to project the same aspirant as the choice of Congress, by affording him an opportunity to give closing remarks to Congress accompanied by his personal campaign theme played on the public address system of the Congress.”

“In several regions, we have been informed that Regional Chairpersons have summoned Constituency Chairpersons and other officers and instructed them (in some cases with implied threats) to convert their constituency executive committees into the local chapters of a particular candidate’s campaign machinery,” they alleged further in the petition.

In addition, they feel the filing fees and other guidelines for the primaries “appear to have been designed to favour of that same aspirant.”