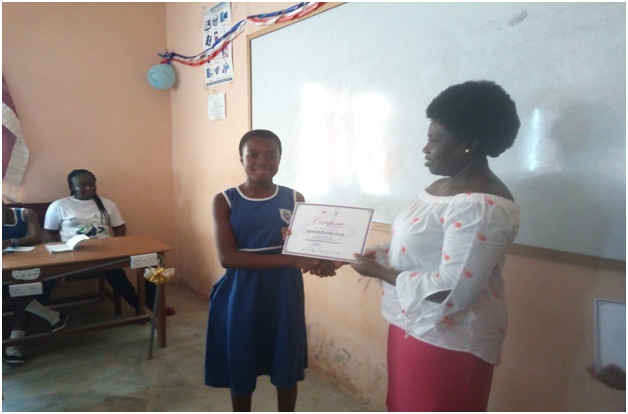 In an effort to empower girls and women in Information Communication Technology, a Girls Can Code contest was organized for selected Basic Schools in the southern sector.

Six (6) girls from each selected Basic School in Eastern, Greater Accra, Volta, Central and Western Regions presented their projects at the Ghana-India Kofi Annan Centre of Excellence in ICT (AITI-KACE) from Friday, November 30 to Monday, December 3, 2018. 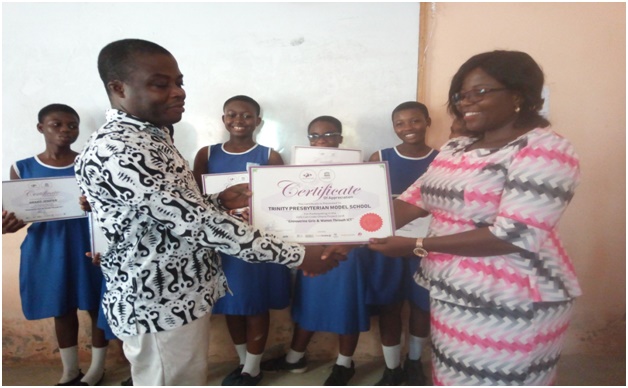 The programme was attended by many dignitaries including the Mr. Stephen Baffoe, Director of Finance and Administration at the Ghana-India Kofi Annan Centre of Excellence in ICT, Mrs. Benedicta Seidu-Director from the Girls Education Unit GES at the and a host of others.

Two of their projects were selected and chosen to represent the southern sector for the impending National Contest. The projects were a website for Girls Fashion and a Quiz Game on Countries and their Capitals.

The Headmistress of the school, Ms Vivian Obuobisa-Darko organized a ceremony to honour the students who represented the school on Tuesday, 18th December, 2018, a day which coincided with the 190th Anniversary of the Presbyterian Church of Ghana. The ceremony was held at the ICT Centre of the School at Koforidua-Adweso. 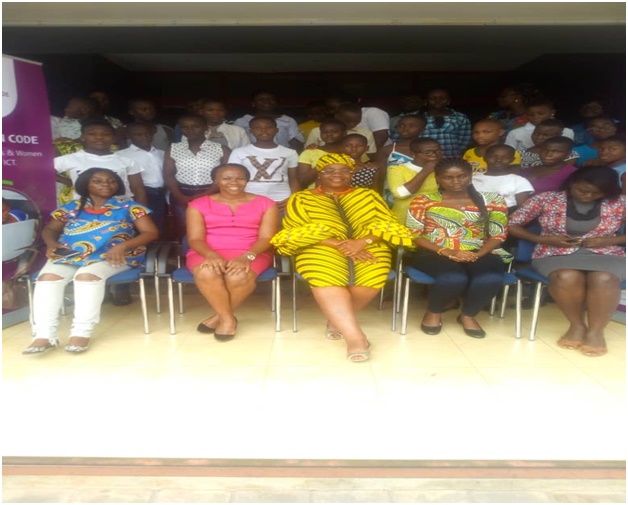 The Girl Child Coordinator at the New Juaben Municipal Education Office, Ms. Benedict M. Addoin a short address praised the six girls who represented the school and region for heroics and encouraged them tokeep working hard to excel in the national contest next year.

On herpart, the Girl Child and Guidance and Counseling Coordinator at Presby Education Unit Office, Eastern Region Mrs. Vida Nkansa-Kyeremateng lauded the efforts of the students and urged them to go the extra mile and win the national and international contest in the near future.

The certificates of participation which were given to the representatives of the school and the school by the organizers of the Girls Can Code contest in Accra were officially presented to all the six students and the Headmistress of the School by the dignitaries present.