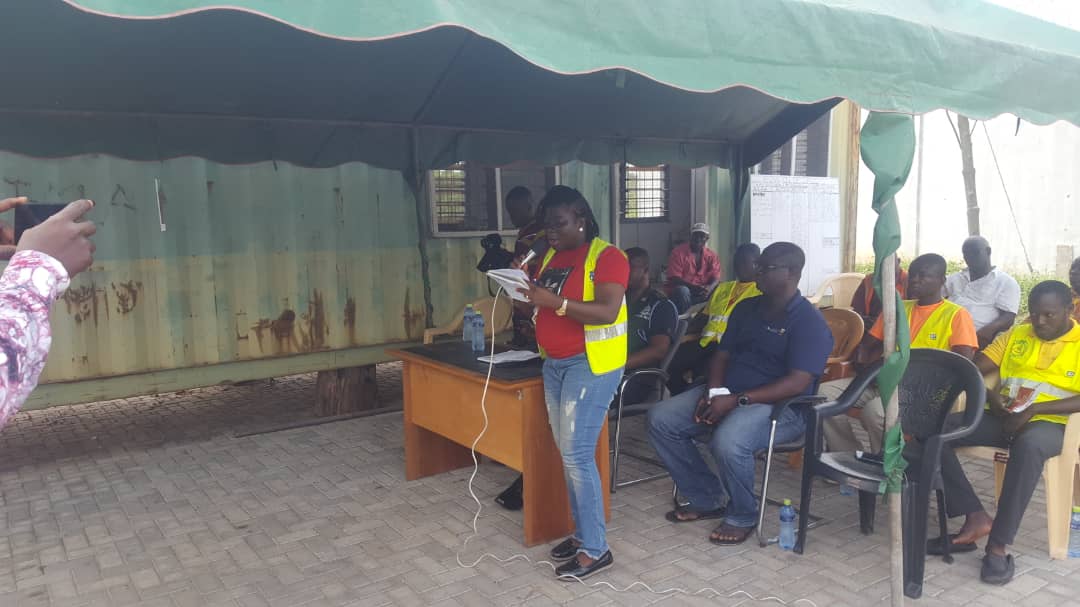 The Ghana Journalists Association (GJA) in the Western Region, has partnered three institutions to embark on road safety campaign ahead of the yuletide.

From January to date, hundreds of accident cases have been recorded across the country with about 2,000 lives lost.

The Western Region accounted for more than 97 lives.

The primary focus of the campaign is to educate drivers, transport owners, commuters and pedestrians to observe rules and regulations on the road and prevent frequent accidents.

The Road Safety Commission, Driver and Vehicle Licensing Authority (DVLA), and the Motor Traffic and Transport Department (MTTD) of the Ghana Police Service are part of the campaign.

The first phase of the exercise is part of the broader campaign, and the team would consider accident-prone communities in the region until the end of January 2019.

The second phase is the medium term programme, which targets various institutions, and would commence in March next year.

Members of the haulage truck drivers union and the Ghana Private Road Transport Union (GPRTU) and other transport unions in the Sekondi/Takoradi were the first to be addressed to mark the beginning of the campaign.

The Western Regional Chairman of the GJA, Mr M. Dotsey Koblah Aklorbortu, said the campaign against carnage on the roads must be seen as a shared responsibility. 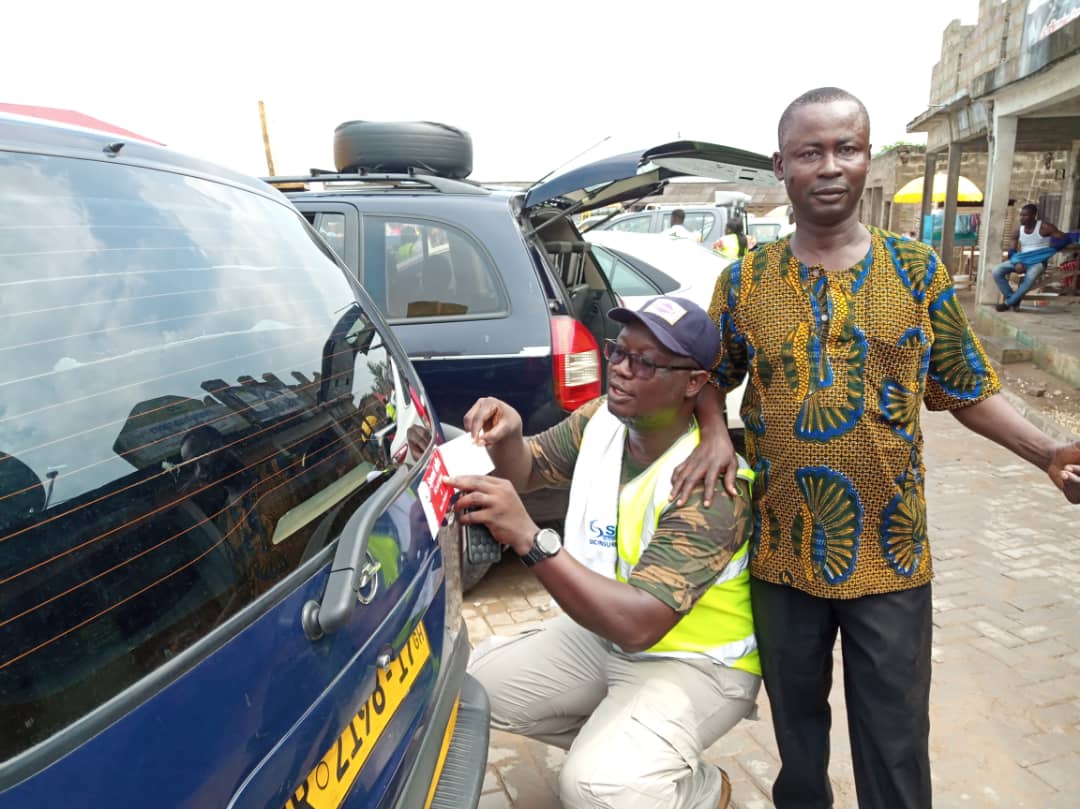 Mr Aklorbortu, who is also the Western Regional Correspondent of the Graphic Communications Group Limited, said the Ghanaian would feel comfortable and safe if drivers continue to observe basic safety rules and regulations governing the transport industry.

“We must all observe safety regulations and prevent the needles accidents on our roads. The campaign against carnage remains a shared responsibility. All hands must be on deck. Already we have lost many lives this year and therefore we must prevent the occurrence of accidents to save precious lives” Mr Aklorbortu added.

Chief Superintendent Richard Appiah, the Western Regional Motor Traffic and Transport Department (MTTD) Commander attributed the increase in road accidents in the region to avoidable mistakes that were committed by drivers and commuters.

Nana Akua Ansaah Cobbina, acting Western Regional Head of the Road Safety Commission described the current statistics of road accidents and traffic offences in the region as alarming and unacceptable. 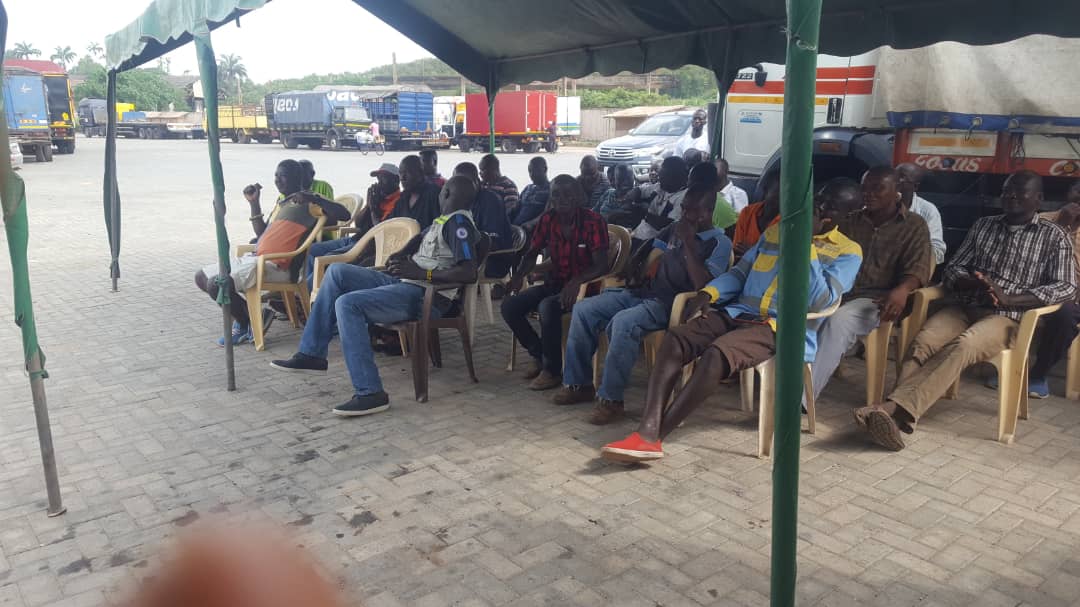 She called on commercial drivers to ensure sanity on the roads, by using their families as sureties to prevent other families from perishing by needless accidents.

The acting regional head described the existing partnership between the stakeholders in the fight against carnage on the roads as laudable.

Some of the drivers who interacted with the team indicated that the extortions by police officers, DVLA officials and city guards were a challenge to them.

The drivers also complained that unjustifiable arrests by police officers at check points, undue delay in processing of documentation at the DVLA office and the poor road network affects their daily operations.

“The insecurity along the highways due to the activities of armed robbers, lack of street lights in urban communities affect us, the divers said.

The Motor Transport and Traffic Department (MTTD) Commander for Tarkwa Nsuaem, Superintendent of Police, Madam Victoria Yamoah, who is the Chairperson of the Committee, said this during the launch of the campaign at Nsuta Junction on Tuesday. 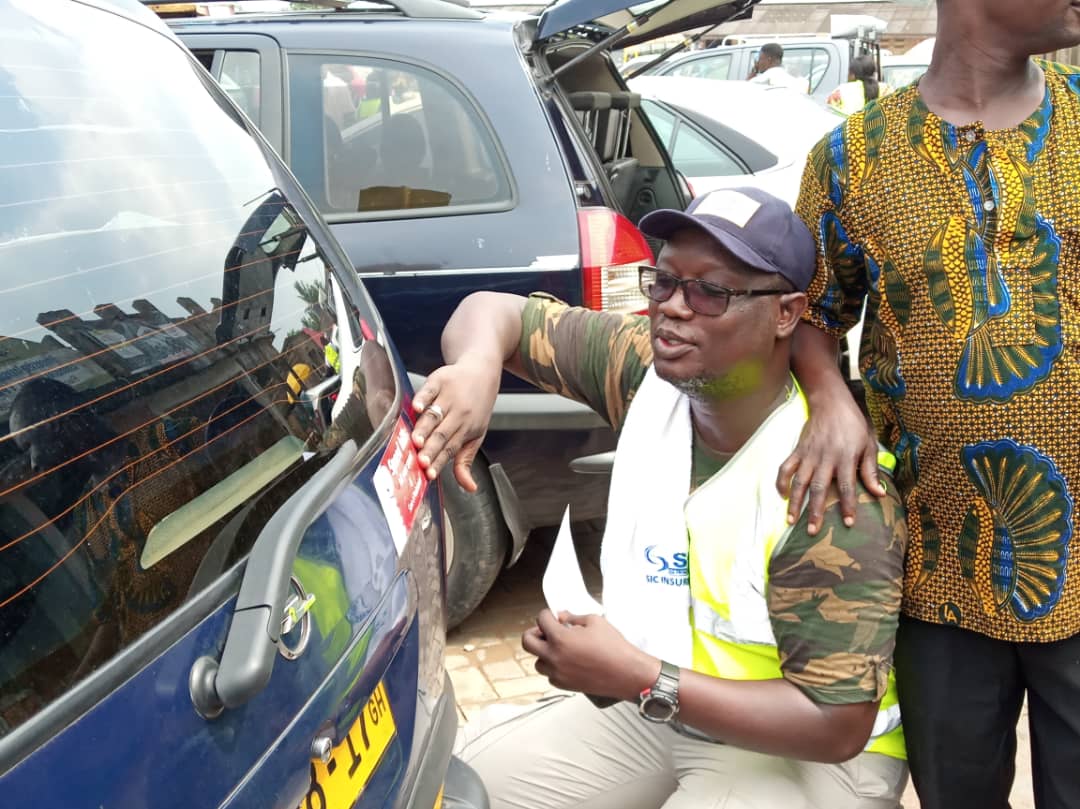 She said though the Committee conducted regular spot checks and embarked on road safety education in schools, churches, mosques, on radio stations and at bus terminals, road crashes kept reoccurring and increasing.

Supt. Yamoah commended the Ghana Manganese Company Limited and members of the Haulage Truck Owners Association for accepting to sponsor the campaign.

She appealed to corporate bodies and philanthropists in the Municipality to assist the Committee to sustain the programme after the Christmas festivities.

She emphasised that pedestrian knock down was a challenge in the Region.

She urged school proprietors to engage the services of road traffic wardens to direct traffic for pupils during school sessions.

Mr Gilbert Kennedy Asmah, the Municipal Chief Executive for Tarkwa Nsuaem, assured the citizenry that government would do its best to ensure that their roads were motorable.

He called on drivers to be extra careful on the road, especially during the yuletide, to prevent accidents.

The Western Regional Secretary of the GJA, Mr Zambaga Rufai Saminu, reminded drivers of the significance of protecting the future of the country by saving the lives of Ghanaian children dying needlessly through avoidable road traffic offences.

He said the collaboration between the GJA, Road Safety Commission and DVLA, would continue even after the holidays period.

Apart from the ongoing activities, he said the campaign would continue and would target traditional rulers and other institutions in the medium to long term.

“I hope for a new beginning for Ghana football”- Prez. Akufo Addo to NC