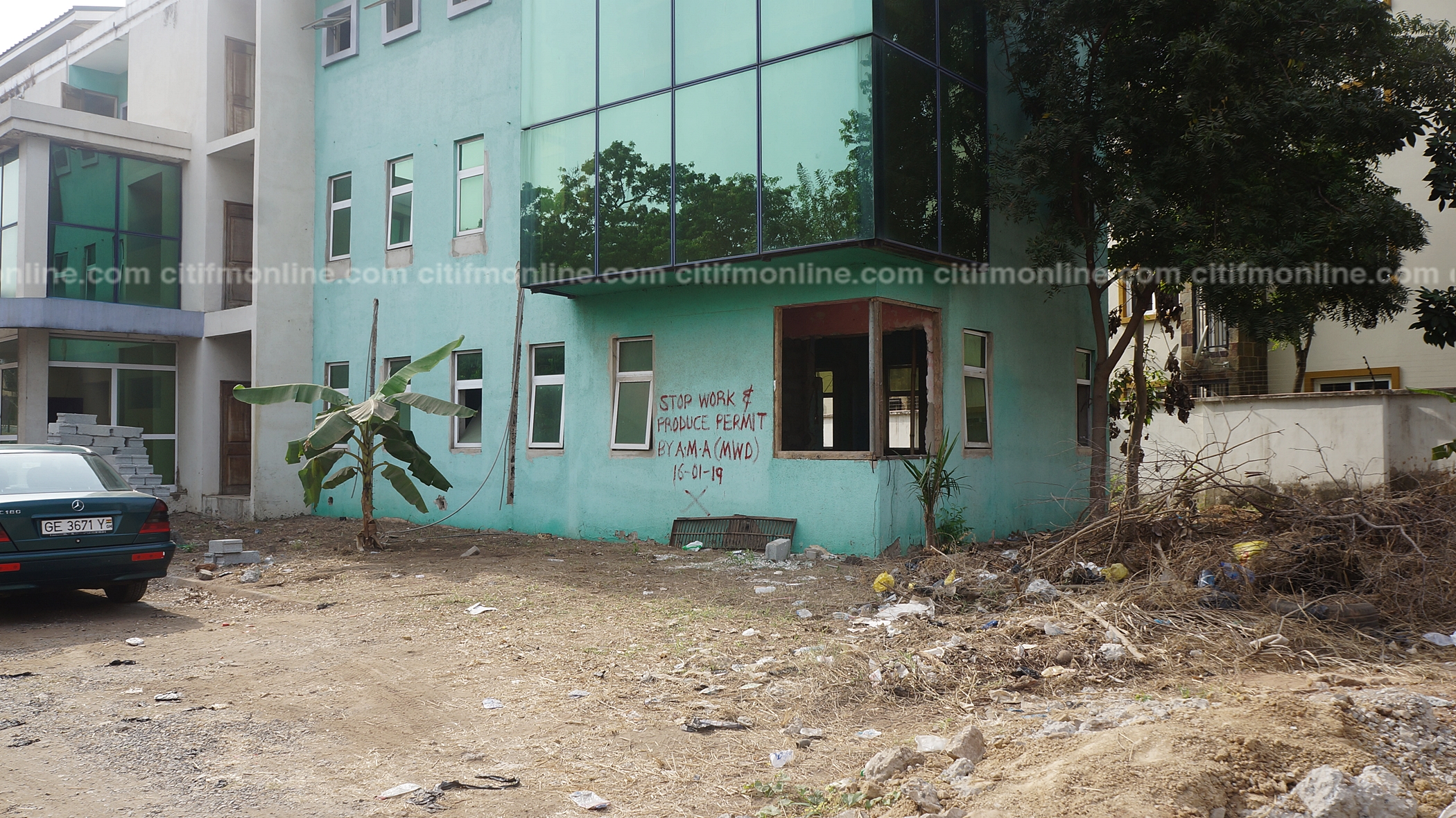 The relatively bigger office space allocated to the Office of the Special Prosecutor in October 2018, has been marked with the ‘Stop work and produce permit’ inscription by officials of the Accra Metropolitan Assembly (AMA), a situation that hampers the ongoing construction of a fence-wall.

This means ongoing renovation works inside the facility will also be affected.

The instruction for the permit to be produced, was issued on 16th of January, 2019.

It is unclear what kind of paperwork had been done on the building before it was released to the critical state institution, and whether this action by the AMA will really mean anything significant for the office.

When contacted, the Metropolitan Chief Executive of Accra, Nii Adjei Sowah, said on Eyewitness News that the office of the Special Prosecutor had to provide his office with their permits before they would be allowed to continue with the construction.

Certainly, they don’t have permits… We don’t know that it is for the special prosecutors’ office. Whoever the property belongs to, certainly has to apply to the appropriate authority for a permit. The permit is not for us to even charge a fee… It is for us to have proper records of all properties in Accra.

“They should just notify us and furnish us with the documentation as to what exactly they want to do. We will approve it and that ends it,” he said.

Meanwhile, Citi News has learnt that the Special Prosecutor Martin Amidu, is unhappy with how a contractor was selected to build a fence wall supposedly from the office of the Chief of staff without due process.

As a result, he recently ordered the arrest of persons who were working on the project.

He has vowed to ensure that the right thing is done in terms of procurement processes in order not to put his office in a tight corner. 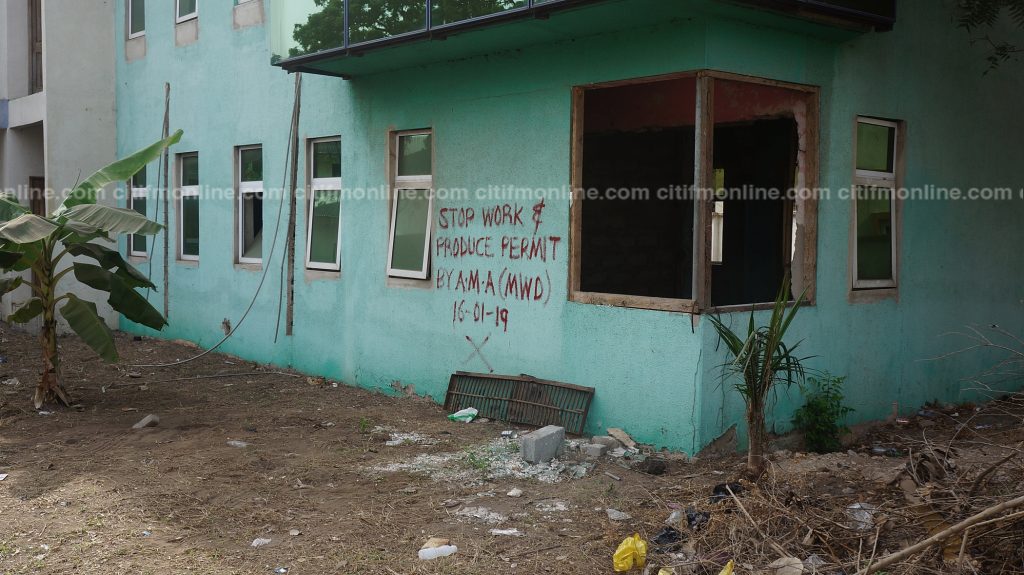 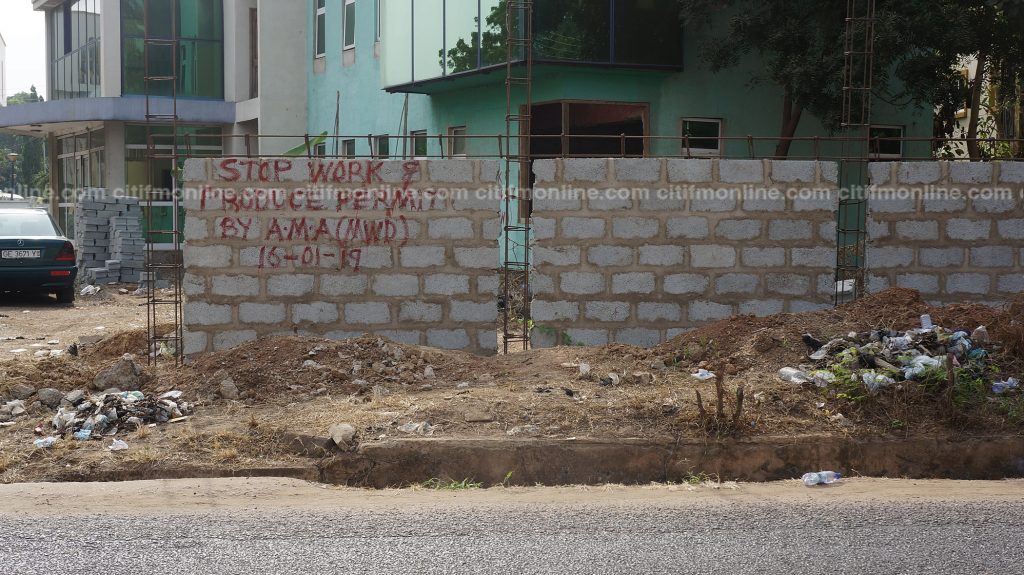 The office, which looked like an abandoned building and had not been in use at the time it was given to the Office, was to undergo extensive renovation works to make it habitable. 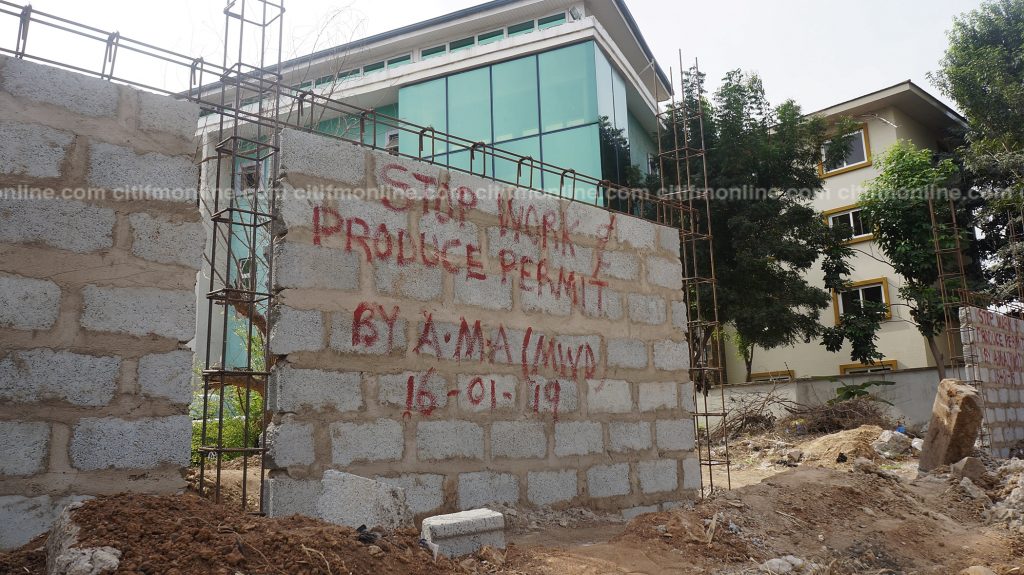 At the time the building was made available to him based on his own search, the Special Prosecutor, Martin Amidu, had complained that since assuming office in February 2018, he had not been able to effectively deliver on his mandate because his office was under-resourced.

The two-storey building, which was ready for renovation works, is close to the International Press Center on the Gamel Abdul Nasser Avenue at Ridge.

One of the floors of the building has seven rooms, a conference room, and stores, while the second floor has nine rooms.

A tour of the building by Citi News at the time showed broken windows, and parts of the compound overgrown with weeds. There were cobwebs everywhere and the floors were covered in dust.

It was evident that the building needed a makeover before Mr. Amidu and his team could move. Engineers from the Architecture And Engineering Services Limited (AESL) who were on site said it was going to take six months to complete rehabilitation works.

Despite this, there are concerns that the office building when fully ready for use, may not be able to accommodate the about 230 staff expected to work for the office.