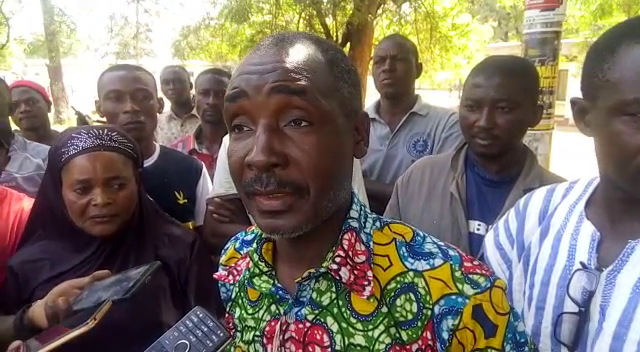 Some members of the Anuful community in Tamale made their way to the Regional Coordinating Council to meet with the Regional Minister after clashes between Anufuls and Konkombas over a piece of land at Naduni in the Chereponi District.

The people, who are members of the Anufor Progressive Union, called on the council to take the clashes more seriously.

[contextly_sidebar id=”nEtZCKZ0vDqSnJkB2yylTXqfwPh5XzBQ”]Their call came after disturbances in the area continued for a second day.

Two casualties were recorded from incidents on Tuesday and more homes were set on fire on Wednesday Morning.

A spokesperson for the group, Dr Solomon Gumang, said security agencies have underestimated the extent of the tensions.

“We think it is because of underestimation of the threat and the extent to which the threat is such that we think they should act very decisively,” he said.

Dr Solomon Gumang also called for a truce between the two ethnic groups.

“They [Kokonbas] should stop attacking the Anufol communities. We [Anufuls] are not encouraging any war and we are saying that they should not encourage a tribal conflict.”

The president of the group, Hajia Mary Naakobu, said the security “is not enough that is why I am worried because the security was there on Tuesday but they were able to burn some homes again.”

“I am appealing to the Defense Minister… to come to our aid,” she added.

The clash was reportedly triggered by suspicions that some Chekosi had attacked some Konkombas with stones, which resulted in a confrontation.

Some of the injured and are currently receiving treatment at the Chereponi health center.

Other casualties were also sent to the Saboba health center for treatment.

The Defence Ministry has since deployed more troops to the area to ensure calm.

Effective Living Series: Rev. Arde-Aqcuah speaks on how your success must not destroy others

Effective Living Series: Rev. Arde-Aqcuah speaks on how your success must not destroy others