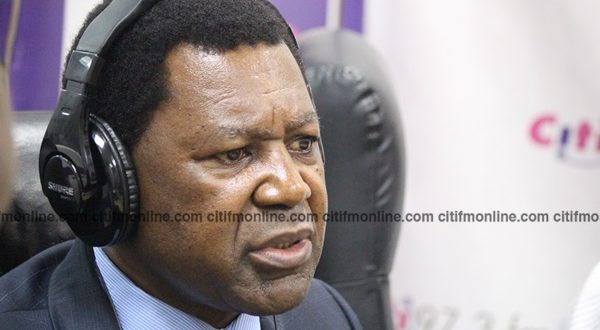 The Chief Executive Officer of the National Health Insurance Authority (NHIA), Dr. Samuel Annor, has been asked to vacate office.

Reports indicate that he has been asked to leave by March 2019, a source from the presidency revealed, indicating that the Ministry of Health has officially written to Dr. Annor to inform him of the government’s decision.

It is unclear why he has been asked to leave the office; but reports say it is related to his age.

Dr. Annor is beyond the age of 60, the stated retirement age for most public officials.

Few weeks ago, the NHIA was in the news over wrongful payments it made to waste management company, Zoomion Ghana Limited.

The Auditor General, Yao Domelevo, who revealed this, ordered Dr. Annor and three former Chief Executive Officer (CEOs) of the National Health Insurance Authority (NHIA) and Zoomlion, to refund a total amount of GHC411, 433, 086 over the wrongful payments during their respective tenures.

Dr. Annor has been serving as the NHIS boss since March 2017.

Until his appointment, Dr. Annor was a consultant obstetrician/gynaecologist and a partner of Lister Hospital – a leading international Private Hospital.

He was also the General Manager of the Birim Oil Mill, an oil palm factory at Kade in the Kwaebibrem district of the Eastern Region.

He was the first Board Chairman of Ghana Airport Company Limited in 2007.

Rawlings prays for sustained peace in Dagbon after Yaa-Naa outdooring

'Enskinment of new Yaa-Naa is the Lord's doing' – Akufo-Addo