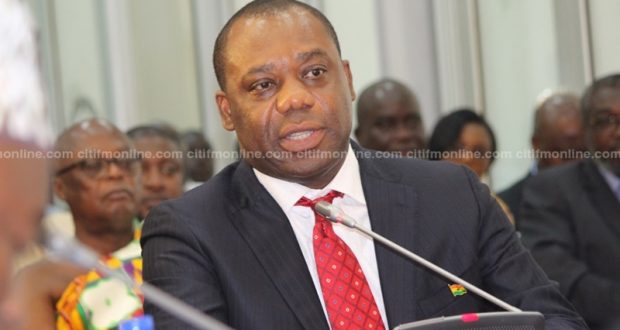 The Colleges of Education Teachers Association of Ghana, (CETAG), is set to meet with the Fair Wages and Salaries Commission, and other relevant stakeholders on Tuesday for deliberations on outstanding issues.

According to the National Secretary of CETAG, Nathan Ohene Gyan, the Association was served with letters from the Ministry of Employment and Labour Relations, informing them that the National Council for Tertiary Education [NCTE], and the Fair Wages Salary Commission to decide on all outstanding issues of CETAG.

This follows a directive by the National Labour Commission to resolve pending issues within a fourteen-day period which elapsed on 2nd  January  2019.

According to the National Secretary of CETAG, details of the letter also revealed that both the NCTE and the Fair wages commission  have some tabled proposals yet to be discussed.

Mr. Ohene Gyan also said that his outfit expects to have straightforward discussions devoid of any form of ‘over-stretched’ negotiations with the stakeholders.

“They have served us with two letters, one was on the 31st from the Ministry of Employment and Labour Relations, telling us how they tasked the National Council for Tertiary education and fair wages to look at the way forward and per the letter we received, they said they are clear in their minds as to what they should do and they said they have received certain proposals they want to lay bare to us for us to look at what they have. And we want to believe that it wouldn’t be another over-stretched  negotiation. We don’t expect tug-of war negotiations this time around”

CETAG went on strike for over nearly a month leading to the closure of all 46 colleges of Education. Their demands include payment of interim Market Premiums and book and research allowance.

The Association in December 2018,  accused government of breaching the terms of agreement it had with them on the payment of interim premium and book and research allowances.

Their strike forced the Ministry of Education to order the closure of all the 46 Colleges of Education in the country.

CETAG subsequently called off the strike after they agreed to resume negotiations with the National Labour Commission and Labour Ministry.

National President for CETAG, Prince Obeng Heming, however says government has not shown determination in implementing the road map.