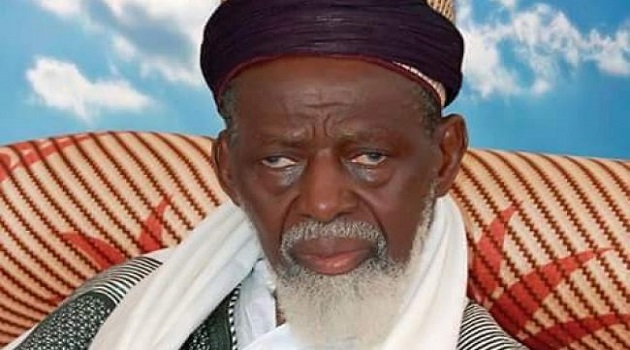 The Office of the Chief Imam has condemned the destruction of properties belonging to controversial preacher, Isaac Owusu-Bempah’s church, the Glorious Word Ministry, by some unidentified youth.

Wednesday’s incident followed the prophet’s December 31 watchnight service prophecies, some of which the youth found offensive.

The youth attacked the Odorkor branch of Rev. Owusu Bempah’s Glorious Word and Power Ministries International in Accra after he predicted on New Year’s Eve that some Ghanaian political and religious leaders, including the Chief Imam, Sheik Nuhu Sharabutu would die in 2019.

This proclamation angered the youth who marched to the premises of the church and destroyed some properties.

But, spokesperson for the Chief Imam, Shiekh Aremeyaw Shaibu, has called for calm and advised the youth against the destruction of properties and any action that will tarnish his reputation.

“The actions by the youth have not received Shiekh’s endorsement. He is not aware of it and he has not mandated anybody to act in that manner. So he is calling on all the Muslims youth to stop whatever they are doing.

He also advised religious leaders to desist from making statements that have the potential of disturbing public peace.

“Sheikh is also worried that Prophets such as Owusu Bempah should also be careful if they are compelled by the spirits to come and tell the world about someone’s death. If it will disturb the peace of the country, it is better they do not come out to say it.”

The youth had issued a warning to Rev. Owusu Bempah to retract his prophecy or face their wrath.

They then stormed the church premises wielding cutlasses and vandalizing parts of the property.

Plastic chairs, an organ and some windows in the church building were damaged.

In a video from the incident, some men can be seen sprinting in fear from the church premises as the rampaging youth vented their frustrations.

A man who was on the premises later said he was assaulted during the incident and had filed a police report.

The youth are also seen ripping a signboard and trying to topple a billboard with the church’s advertisement.

“Stop recklessly ‘prophesying’ the deaths of our leaders”

The immediate past General Secretary of the Christian Council of Ghana, Rev. Dr. Kwabena Opuni-Frimpong has called on church leaders and the media to put an end to the annual prediction of the deaths of some of the nation’s leaders.

In a post, Rev. Dr. Opuni-Frimpong who is also a lecturer of the Department of Religious Studies at the Kwame Nkrumah University of Science and Technology (KNUST) maintained that this practice has proven to be of no help in fostering  the needed bond among both the church and the country’s leaders as well as the various religious beliefs.

He also charged the media to avoid giving publicity to such predictions in a bid to consolidate the religious faith.

“The annual pronouncements of death of national leaders have not been beneficial. We must protect the healthy relationship between the church and public officials including church and Muslim relationships.”

“Maybe this is the time the Media must stop providing Media Oxygen to the death predictions for public decency and maturity of Religious practices to thrive”, he noted.