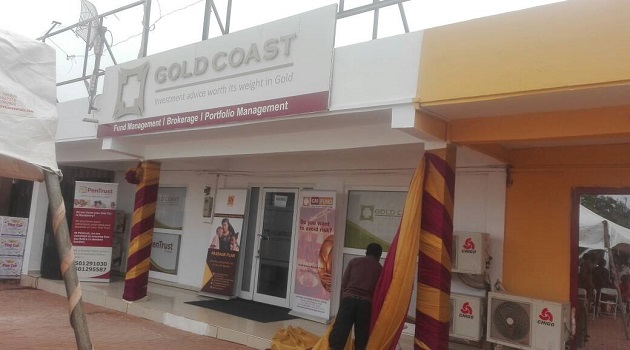 The woes of Groupe Nduom, chaired by Dr. Papa Kwesi Nduom, are far from over as an angry customer of one of their subsidiaries, Gold Coast Securities, has won a lawsuit against the fund managers.

Fund manager, Gold Coast Securities, is expected to pay over GHc370,000 allegedly owed the customer, one Dr. Archibald Frederick McKenzie Badoe, who claimed the company has refused to give him back his investment.

[contextly_sidebar id=”hjq8phsVgMh6UqqyF2CgqOzNEAtfOUJs”]He subsequently dragged the company before a Kumasi High Court demanding the full payment of his principal sum with interest at prevailing commercial bank lending rate as well as legal fees.

“An order for the payment of all sums due the plaintiff from the defendant on the sum of GHc328, 127.43 stated I relief (a) supra since 6th September 2018. An order for the payment of the sum of GHc50, 000.00 and accrued interest thereon invested by the plaintiff with the defendant on 24th August 2018 till date of final judgment.”

He also in his writ requested for an order for the “payment of interest on the principal sum of GHc328, 127.43 at the prevailing commercial bank lending rate at the date of the judgment or in the alternative at the rate of 27% being the rate of interest the defendant was paying to the plaintiff on his structured investment with the defendant.”

After hearing arguments from lawyers of the defendant and plaintiff, the court presided over by Justice Dr. Richmond Osei-Hwere upheld the plaintiff’s arguments.

Justice Osei-Hwere said the defendant’s “legal objection has no merit.”

“Consequently, the application succeeds. Final judgment is hereby entered in favour of the plaintiff/applicant in relation to reliefs (a) to (d) of the claim. Costs of GHc40,000.00 awarded against the defendant,” the judge added in his ruling.

This comes after Groupe Nduom’s major business, GN Bank, became a Savings and Loans Company after it failed to meet the Bank of Ghana’s new minimum capital requirement of 400 million cedis.

Hundreds of the company’s 1.2 million customers also have their deposits locked up for several months.

The Economic and Organized Crimes Unit [EOCO], in December 2018 began investigations into the operations of fund managers, Gold Coast Securities.

This was after complaints from clients that they were struggling to retrieve their investments.

A group calling itself Concerned Gold Coast Fund Management Customers petitioned the EOCO and the Securities and Exchange Commission to investigate the company.

The group particularly demanded the immediate arrest of key persons in the company, including Dr. Papa Kwesi Nduom.

But the company insisted that all was well and urged its clients to stop the panic withdrawals that were rampant at the time.

“No financial institution that invests funds on behalf of its customers in medium and long-term projects can survive if its customers showed up one day and demanded their funds be paid back all at the same time. The same rings true for our companies. So we will ask respectfully for our customers to remain and stay with us,” Dr. Nduom, President and Chairman of Groupe Nduom stated.