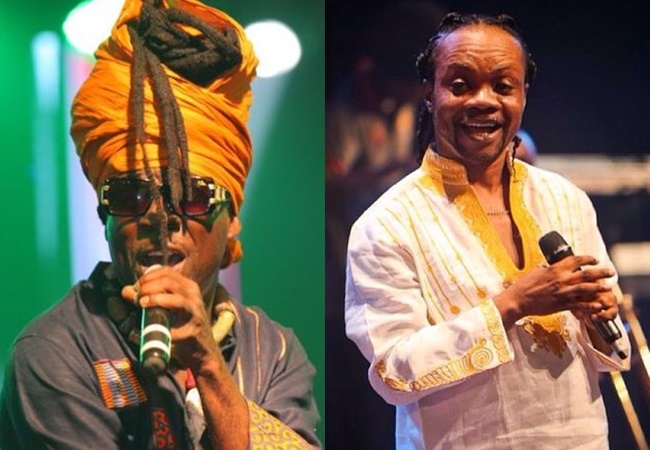 Ghanaians on Friday took a break from the usual debate on politics to decide which of the nation’s most influential highlife musicians deserved praise.

They were given the difficult task of choosing between the two of Ghana’s great, gifted and brilliant musicians – Daddy Lumba and Kojo Antwi.

The conversation on the ‘who is who of highlife’ was started by the team on the award winning Citi Breakfast Show.

Both musicians, widely known for their reflective, danceable and memorable songs are often pitched against other.

Today the Citi Breakfast Show took the polls from the streets to the studio and triggered a vigorous national debate which spawned two online polls on social media.

At the time of this piece, Daddy Lumba had a slight lead on Facebook while Kojo Antwi was leading as a favorite on Twitter.

Considering the huge interest and raging arguments on social media, this debate is not ending anytime soon.

#CitiCBS POLL: Let’s settle this – Daddy Lumba or Kojo Antwi? Which of these two legends of Ghanaian music do you prefer?

Tell us why with a reply

Below are some social media comments over the issue:

@Citi973 is just the best radio station in Ghana. What a way to begin the weekend. I’m stuck in my car infront of my office. #CitiCBS

#CitiCBS @JustNanaAma @eastsportsman @KojoAB @benkoku @Citi973 @nathan_quao Comparing Lumba and Kojo Antwi is liking comparing Messi and Ronaldo. So difficult to differentiate. Let just appreciate them. Glad we had the opportunity to listen to both Legends.

This is like comparing BMW and Mercedes Benz. Both powerful, classy, unique and expensive. But Daddy Lumba for language Kojo Antwi for musical arrangement. #CitiCBS

Kojo Antwi , any time My Dad And Mum Beefing ..The moment my Dad plays Antwi p33333…. matter quench …you knw where they are heading to… pic.twitter.com/bctErXxETi

@benkoku I’m just so happy to be in this generation, where I get to enjoy both K. Antwi and D. Lumba. It’s just like enjoying both Messi and Ronaldo.
I just love both. #CitiCBS