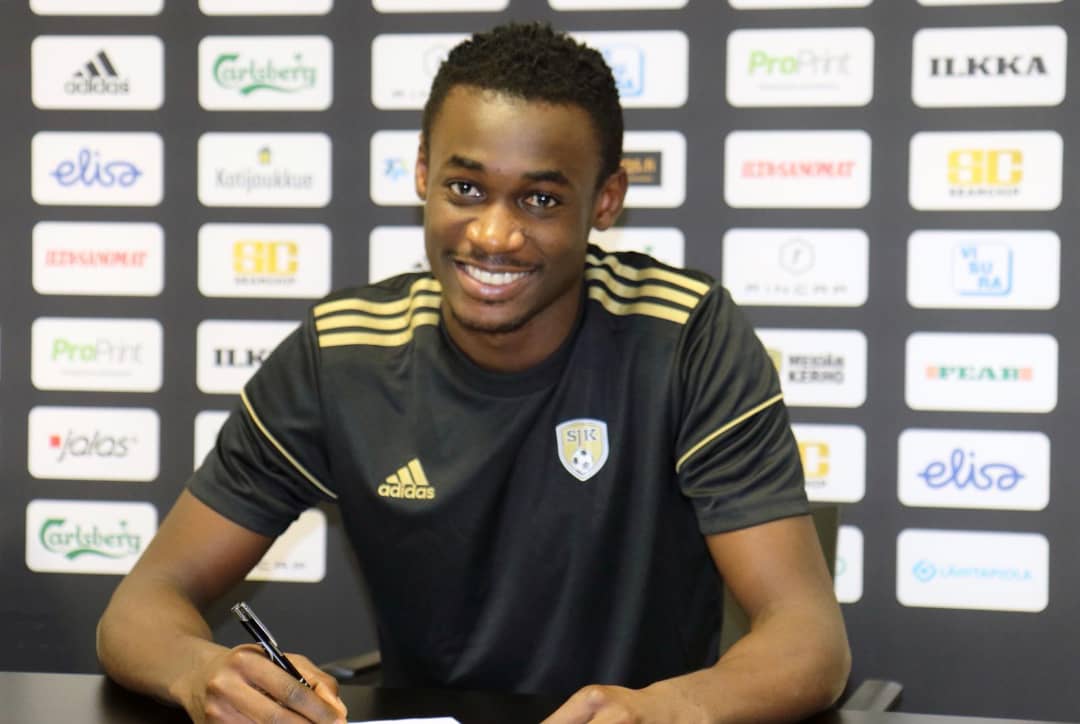 The 19 year old versatile player signed the contract on Friday following successful trials with the club.

The Ghana U-20 has been training with Seinäjoki since last month and was involved when SJK played a pre-season game at the Wallsport Arena last Friday.

Arthur was also included as a test player with SJK in December, and impressed many people in a training game against FF Jaro.

– I’m really glad that we were able to arrange in all, and now I’m here. That’s what I’ve seen here so far, tells me that SJK is a big club and for me this is definitely a good place to develop my career, ” Jude Arthur said after signing.

–I was here already in December and played one match. But now I have been able to better track and explore other players. I enjoyed my stay very well and this is a feel good. It’s a good idea to get involved from the beginning to the pre-season,” Arthur continued.

Jude Arthur has represented his home country in U17 and U20 national teams and played in the Ghana Premier League. He is either a midfielder, a Central Defender or a right-wing Defender.

Arthur impressed SJK’s head coach with his attitude in December.

–When I got to know him, I watched the videos and immediately noticed the qualities that interest me. Such are, for example, how he keeps the ball, how he responds to different situations, or how he is positioned. His young age was also noteworthy. He’s only 20 years old next summer. So he had a lot of potential and wanted to see him here with us. It is important to see the players, how they adapt and what they are as a human or professional , says Alexei Eremenko, head coach of SJK .

– When he came here, the first impression was good. It should be understood that he had a little time to adapt before the first game, but everything went well. I immediately saw potential in him and a strong desire to further develop as a footballer,Eremenko continues.

– At the end of last season, several midfield players left us and we are now in the construction phase. Jude fits our system well and he is also a very versatile player. A player who can play in addition to midfield in defense. It is only a good thing if the player has experience of several different places and roles. I think his size and heels fit well in our series. We need a length for the team , says Eremenko.

–He has the right attitude for this. He already knew when he came that he had to give everything and that he did. He really wants to do things for his career. Some players come in half-life or bad attitude, even if they have a hard CV. However, I think it is their job to come here in good shape and ready to give everything. Jude Arthur has just shown the right attitude here,” Eremenko said