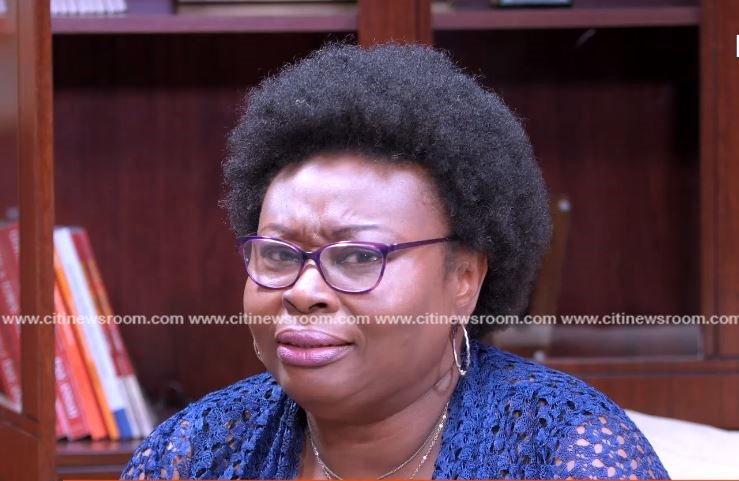 Angela Dwamena-Aboagye, is a gender activist, and the Executive Director of The Ark Foundation Ghana

Angela Dwamena-Aboagye, a gender activist, and the Executive Director of The Ark Foundation Ghana, has said it is high time women in Dagbon played a significant role in running the local economy for development.

According to her, there cannot be any form of significant economic development if the women are not empowered enough to run their families and the local economy together with the men who make the decisions.

[contextly_sidebar id=”jtpnhpCtK0Um0mOUTWX9uE0A82pdXdoH”]“The women are the ones who depend on the one season farming to do all the work, it is part of their culture that must change. If they want to develop, they should look at what the men are doing; look at what the women are doing, and try to bring the two together to work for development,” she said.

Speaking on Citi TV/Citi FM‘s news analysis programme, The Big Issue on Saturday, she said since it is part of the cultural practice in the Northern Region to see women working tirelessly on the farm, they shouldn’t be left out in decision making too.

“The women question is important, not only for education but for the participation. They run their families, that is the truth of the matter, and if they are not empowered enough to run the families and the local economy together with the men who take decisions, we will come back 10 years later to the same thing,” she said.

In Ghana, especially in the Northern, Upper East and Upper West Regions, majority of the women play a major role in agriculture as a major economic activity.

Many of these women are the breadwinners of their families, and it is out of their sweat that children are fed, clothed and given education.

However, these women don’t own lands even though they are a greater part of the agric workforce.

A number of researches have shown that if these women are given access to agricultural resources, there would be a 20-30 per cent increase in productivity and economic development.