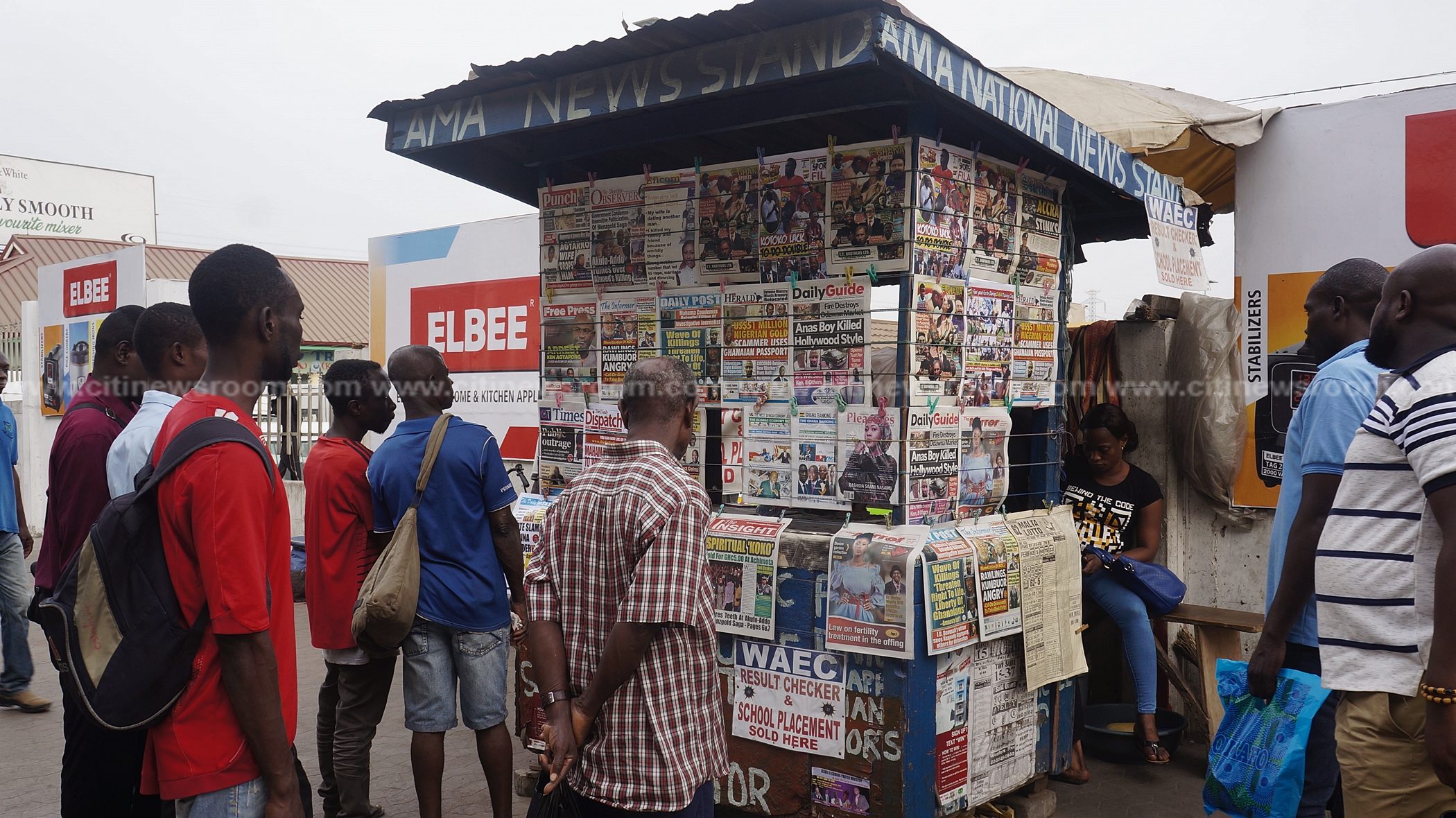 The first Newspaper I ever bought with my hard-earned cash, just joking, the little money my parents gave me to buy sweets and cookies in primary school, so I don’t beg my colleagues for theirs, was Junior Graphic.

Even then, you were forced to buy a copy, otherwise, you’d better put on your ‘Odeshi’ cloak and prepare your buttocks for some hot lashes.

Honestly, I basically grew up  behind televisions and computers, and in the internet café. For those of us whose parents could not afford broadband internet at home, we were saved by the neighbourhood internet café.

Having the opportunity to be close to the news has really taught me to appreciate the print media in a different light; print media is the ‘Boss’.

If you don’t agree, just take a minute to reflect on all the news and information you get from the radio, television and the internet whilst you sideline the Newspapers, and don’t give them the credit they deserve, and tell me the print media is not ‘Boss’.

Did you even know that the print media has been in existence for over 132 years?

I mean, from handwritten Newspapers, to black and white Newspapers and eventually to coloured Newspapers, print media has come a long way. We should applaud them, they deserve it.

Back in the 1800s, the Newspaper served the function of providing information to civil servants, European slave masters and merchants, and also promoted literacy among the locals. 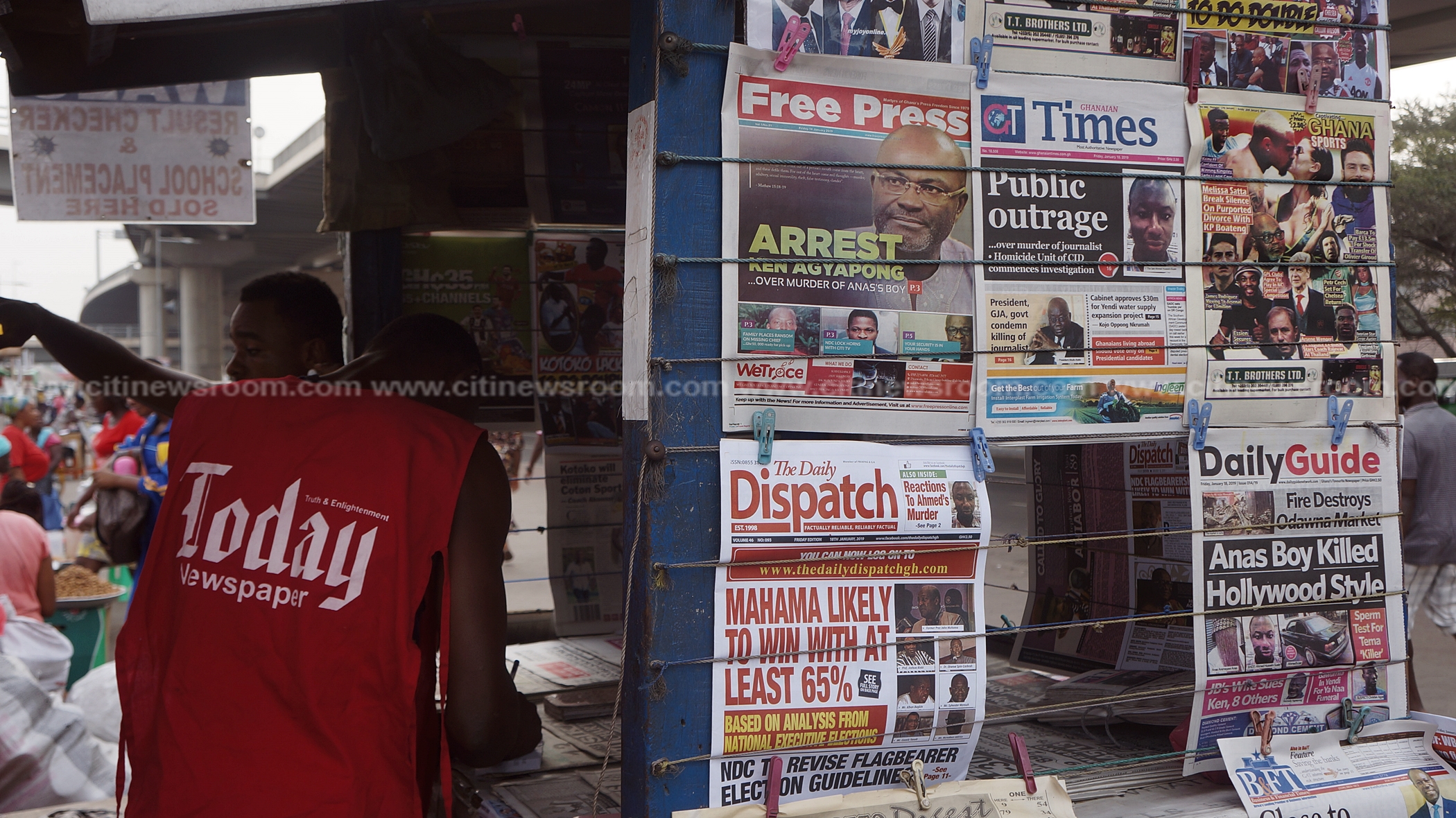 It is 2019, and the Newspaper, minus the colonial elements, still serve close to the same purpose. It still provides information, breaking news and helps promote literacy.

Even though the electronic media – that is the radio and television stations  – still give the newspapers some prominence, by reading headlines and maybe throw in a few paragraphs every morning in their various Newspaper review programmes, the Newspaper merchants are silently agitated.

Why? Because the radio and the television stations are the reasons there is lower patronage of the newspapers now, according to them.

The electronic media is not their only competitor now, as the ‘youngins’, the millennials are still discovering the joys of the internet and are no longer interested in flipping through freshly printed hard copies for news. They would rather surf through the internet.

Majority of Millennials would never know the feeling generations before them had, flipping through hard crisped papers that probably gave them papercuts, to find out what is happening around them and the world.

This generation and the next generation to come might gradually fade into a space where print media is not ‘the flex’, into a space where the internet is the first point of call to devour any news item or information, leaving the newsstands and the people who carry Newspapers around virtually invisible.

It was a bit difficult trying to get people who own newsstands to talk to me because I work with a radio and TV station. They have their minds set on the idea that the radio and TV reviews are killing their businesses. George Napo, a newsstands owner, was the only one nice enough to break it down for me, Big shout out to you ‘Big Boss’ Napo.

George Napo’s Newsstand is located at Adabraka, a few meters away from the former Roxy Cinema. He has had the stand since 1989, and he has sold Newspapers for 30 years now.

He got into the Newspaper business after he lost his job at a private firm he worked with.

He is registered with the Graphic Communications Group, where he gets his Newspapers from. But like the many other merchants, he also gets the other papers they don’t supply from the Orion cinema at Circle.

George, unlike most merchants, believes that the radio and TV reviews aren’t actually killing the patronage of newspapers.

“Competition in what way? The electronic media always rely on the print media, because every morning Newspapers are being reviewed on radio and TV. Anytime there is breaking news, the expectation is that it would be in the Newspaper, so early in the morning people troop here,” he said.

He said even though there be might an iota of truth in what the others are saying, there have been instances where people flood to the stand in search of a particular newspaper, because a headline had caught their attention or because they didn’t get all the details they wanted from the reviews; so it is really a win-win situation for all parties.

A newspaper reader, who only gave me his first name as Benjamin, has been perusing the dailies for over 20 years now, and as far as he is concerned, the print media will continue to reign because what the Newspaper offers, is something that cannot be found on the radio, television or the internet.

He believes that the effect of headline readings from print media on Television and radio is not all negative,  because it saves people like him who don’t have time to watch TV. He listens to the radio to be informed on what to look out for when he goes to a Newspaper stand.

“Generations come, generations go, there would forever be a Newsstand. After I read my Bible in the morning, the next thing I do is read the Newspaper to find out what is going on around me. The thing is I don’t have time to watch TV, so mostly when I listen to headlines on the radio, I come out to find the Newspaper I am interested in and read some more and I mostly go for the sports papers,” he said.

From my little observation and research, it is certain that, despite the newspaper review programmes on TV and radio,  Newsstands and Newspapers are not going anywhere anytime soon as long as there are print media lovers like Benjamin and George Napo.